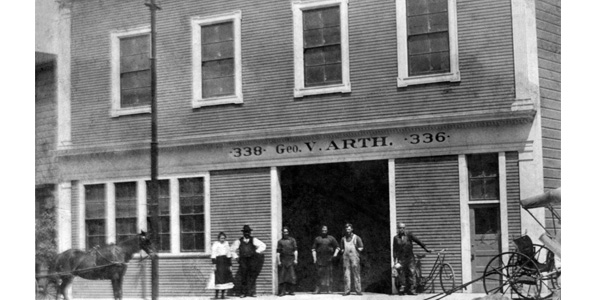 In the collision repair business, the only constant is change. For George V. Arth & Son in Oakland, Calif., things have been changing from the very beginning.

In the collision repair business, the only constant is change. For George V. Arth & Son in Oakland, Calif., things have been changing from the very beginning.

“My great-grandfather didn’t like cars, because they would backfire and it would scare the horses,” says Ron Arth, the current shop manager and George Arth’s great-grandson.

Still, George Arth knew the business had to adapt or face extinction. So the shop began repairing and painting the new motorized vehicles.

In those early days of the automobile, much of the shop’s business came from converting wagon bodies to truck bodies.

“They had to do a lot of modifications,” Ron Arth says. “There weren’t tools available, so they had to make their own tools. Thank goodness they were blacksmiths.”

George V. Arth & Son has been adapting to change ever since.

Ron Arth, the fourth generation of Arths to run the business, recalls how his father had to adapt when the auto industry shifted from body-on-frame to unibody construction. And Arth, who has worked at the shop for nearly four decades, remembers some painters grumbling when the shop switched to HVLP spray guns.

Today, the shop that once fixed horse-drawn buggies now has to keep pace with advanced driver-assistance systems and the explosion of vehicle technology.

For George V. Arth & Son, staying on top of vehicle technology means “ongoing, nonstop training.” The shop’s technicians have obtained ASE and I-CAR Gold Class certification, and its painters are certified with PPG. The shop also has earned a number of OEM certifications, including Ford F-150 aluminum. 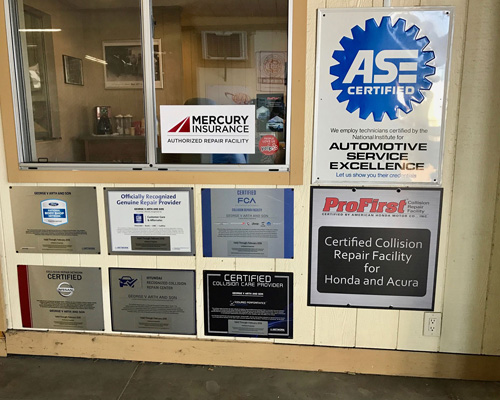 Change isn’t always easy, of course. When the shop first enrolled its technicians in I-CAR classes a number of years ago, they viewed it as a bit of an insult, Arth recalls. Today, though, they’ve grown accustomed to the ongoing training, “and most of them walk away knowing, ‘OK, that was something good. I learned a few things.’”

“If you’re going to be in this business, you have to stay current,” Arth adds. “You have to be able to adapt.”

‘We Strive to Do What’s Right’

Some things never change, however.

George V. Arth & Son prides itself on its reputation for integrity, and Ron Arth believes that’s one of the keys to the shop’s staying power. He says the shop’s philosophy is to treat other people the way you’d wanted to be treated. That extends to customers and insurance companies.

“We strive to do what’s right,” Arth says. “That’s all-important.” 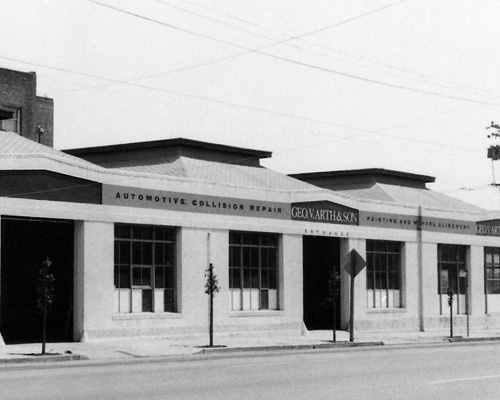 “I think customers like familiarity,” Arth says. “They know us, we know them, we know their cars. I’ve had a number of people tell me, ‘I remember coming down here with my grandpa when he used to get his car fixed here.’ It’s one thing to hand out a warranty – we warranty our work – but if you’re not around in six years, it doesn’t do any good.”

Ron Arth believes that the shop would be a poor candidate for an MSO, because it would be hard to replicate the shop’s “family feel.”

“We have some [DRPs], but I don’t think we’re as dependent on them as other shops because we have so many repeat customers,” Arth says. “It doesn’t really matter what insurance company they’re working with. They’ve always brought their vehicle to Arth, so they bring it back to us.”