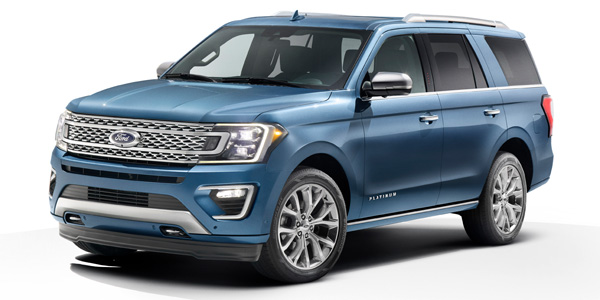 When the 2018 Ford Expedition and Lincoln Navigator begin showing up in auto body shops, repairers should notice some similarities to the Ford F-150, the automaker says in its latest On Target publication.

When the 2018 Ford Expedition and Lincoln Navigator begin showing up in auto body shops, repairers should notice some similarities to the Ford F-150, the automaker says in its latest On Target publication.

The Expedition/Navigator series and the F-150 are designed for faster, cheaper and less invasive repairs, according to Ford.

“These offerings allow repairers to focus on only the damaged portion(s) of the frame, creating a less invasive overall repair plan and allowing for yet another option to prevent a vehicle from being totaled,” Bonanni explains in Vol. 1 of the 2018 On Target publication.

While the SUV’s frame is made of high-strength steel, the entire outer skin is made of 6022 aluminum alloy, which delivers “excellent corrosion resistance” and weight savings, according to Bonanni.

For welding the aluminum alloy, repairers can use 5554, 1.2 mm aluminum wire, with pure argon as a shielding gas, according to Bonanni. Ford prefers that repairers use a pulse-technology MIG-welder.

“Unlike previous models, the A-pillar may now be serviced,” Bonanni explains. “It can be sectioned right over the B-pillar reinforcement, using a butt-joint with a backer.” 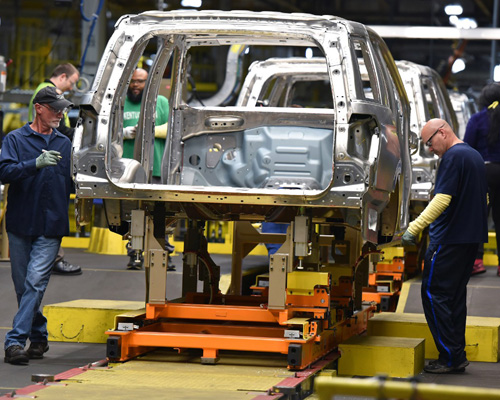 Ford produces the Expedition and Navigator at its Kentucky Truck Plant in Louisville. (Photo by Sam VarnHagen)

Another repairability feature that the Expedition and Navigator borrow from the F-150 is the ability to section the B-pillar reinforcement, which now terminates before it reaches the roof skin panel, allowing for removal of the B-pillar without disturbing the roof, according to Ford.

“Simply cut a window into the exterior skin to gain access to the fasteners to properly remove the reinforcement,” Bonanni explains. “This modern procedure saves repairers the time and cost to remove the roof skin, front windshield and additional trim, possibly preserving what otherwise might have been a totaled vehicle.”

One key repair difference, Bonanni notes, is the center-floor cross-member.

“On the current F-150 and Super Duty, this is a single-piece component design, and sectioning is allowed as part of this repair,” he explains. “On the 2018 Expedition and Navigator, however, the center-floor cross-member is a new, three-piece design and sectioning is not allowed. The outer edge of the center-floor cross-member may be replaced separately though in the event of a hard side-impact collision, utilizing the factory joints.”

Ford produces the Expedition and Navigator at its Kentucky Truck Plant in Louisville. In February, the automaker said it is ramping up production to meet “surging demand” for the full-size SUVs, investing $25 million in 400 new robots, a 3-D printer and data-analytics tools to make the plant more efficient.