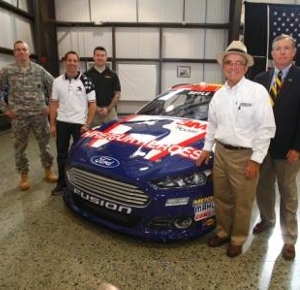 At the NASCAR Sprint Cup race this fall in Texas, NASCAR star Greg Biffle will be driving a No.16 3M Ford Fusion that features a paint scheme created by legendary car designer Chip Foose to honor the veterans recognized through 3M’s 2013 Hire Our Heroes program. Foose also will be in attendance in Texas to cheer on Biffle.

According to 3M, the car’s hood design reflects the respect of the saluting soldier flanked by the stars and stripes, with the stripes down the side creating a fast, sleek look for the car.

“It’s an honor to drive a car that recognizes the many contributions of our country’s military members while they were on active duty, and also support a program that enables them to learn new skills that translate to careers in the collision industry now that they are back home,” said Biffle. “The car looks regal and fast, and we’re going to need all of that speed at Texas if we’re going to claim that Sprint Cup trophy.”

3M recognizes the need for qualified technicians in the collision repair industry and has created an opportunity to help returning veterans and their families that have chosen to pursue careers in the collision repair industry. The 3M Hire Our Heroes campaign raised funds throughout the year to help offset the costs of tuition, books, tools and equipment for returning veterans and their families.

Nearly 60 grant winners, including military members and family members of veterans, were selected from applicants all across the United States. Each recipient received a financial grant to purchase tools and equipment needed to start their career in collision repair. 3M partnered with the Collision Repair Education Foundation to award and administer the grants for these deserving applicants.

As part of the 3M Hire Our Heroes campaign, a number of the nation’s military veterans who work in auto body repair shops and their shop owners who nominated them are headed to the November NASCAR Sprint Cup Series race in Texas. The winning military veterans will have an opportunity to experience the pre-race ceremonies from pit road and meet Roush Fenway Racing owner Jack Roush, as well as Biffle and Foose.

Ultimately, the 3M Hire Our Heroes campaign is supporting the U.S. Chamber of Commerce in raising awareness for hiring America’s heroes and helping drive employment in the collision repair industry for these deserving veterans and their families. 3M says it is proud to have the honor of being a national board member of the U.S. Chamber of Commerce Hiring Our Heroes program. 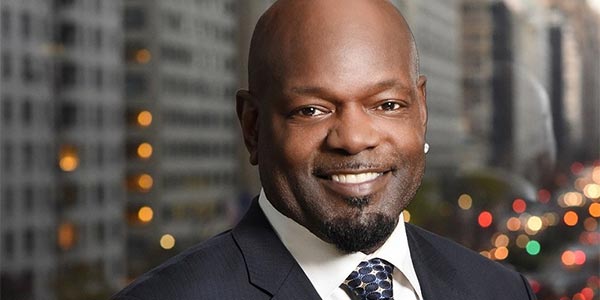