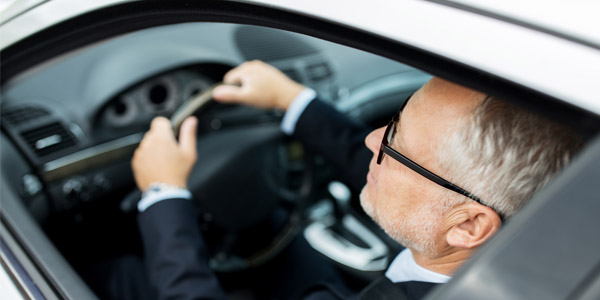 According to new research from the AAA Foundation for Traffic Safety, older drivers removed their eyes and attention from the road for more than eight seconds longer than younger drivers when programming navigation or tuning the radio using in-vehicle infotainment technology.

According to new research from the AAA Foundation for Traffic Safety, new in-vehicle infotainment technology has the potential to increase comfort and extend mobility for older drivers, but first it has to stop distracting them. On average, older drivers (ages 55 to 75) removed their eyes and attention from the road for more than eight seconds longer than younger drivers (ages 21 to 36) when performing simple tasks like programming navigation or tuning the radio using in-vehicle infotainment technology. According to the AAA Foundation for Traffic Safety, taking your eyes off the road for just two seconds doubles a driver’s risk of a crash.

“Voice-command functions found in new in-vehicle technology are intended to help drivers by keeping their eyes and attention on the road,” said Dr. David Yang, executive director of the AAA Foundation for Traffic Safety. “Unfortunately, the complexity and poor design of some of these systems could cause more harm for older drivers, in particular, instead of helping them.”

By 2030, more than one in five drivers on the road will be over the age of 65. With seniors becoming the fastest growing demographic in the U.S., finding ways to design technology to improve their comfort and safety is critical and may hold the key to enhancing the safe use of this technology for all drivers.

The AAA Foundation for Traffic Safety partnered with researchers from the University of Utah to test the visual and cognitive demand created by the infotainment systems in six 2018 vehicles. Study participants in two age groups (21 to 36 and 55 to 75) were required to use voice commands, touch screens and other interactive technologies to make a call, send a text message, tune the radio or program navigation, all while driving.

Researchers found that the technology created potentially unsafe distractions for all drivers, though this safety risk is more pronounced for older adults, who took longer (4.7-8.6 seconds) to complete tasks and experienced slower response times and increased visual distractions.

Specific design changes to in-vehicle infotainment systems, such as improving voice-command technology, simplifying software menus, removing complex center console controls and positioning system controls to allow drivers to keep their eyes on the road, would better meet the needs of older adults and make the systems safer for all drivers.

“This is a design problem, not an age problem,” said Jake Nelson, director of traffic safety advocacy and research. “Designing systems to meet the safety and comfort needs of aging drivers would benefit all of us today, and for years to come.”

Personal assessments about distraction caused by in-vehicle technologies are not always accurate. For example, in some cases, drivers reported the use of the systems as less demanding even though researchers measured higher levels of demand or longer task completion times.

A total of 128 drivers ages 21-36 and 55-75 participated in the study of six 2018 model-year vehicles. The latest report is the seventh phase of distraction research from the AAA Foundation for Traffic Safety. For more information, visit AAA.com/distraction.

Advertisement
In this article:AAA Foundation for Traffic Safety, distracted driving