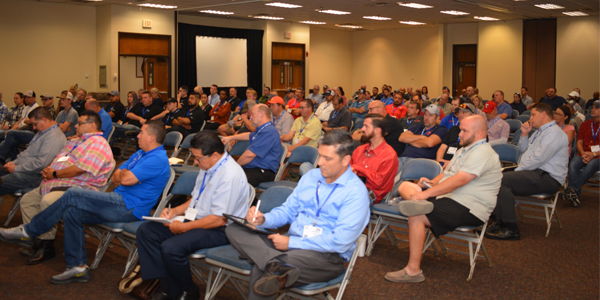 This year’s show, held Sept. 20-21 in Fort Worth, marked the highest attendance in the event’s five-year history.

The Auto Body Association of Texas (ABAT) announced that it hosted the 2019 Texas Auto Body Trade Show Sept. 20-21 at the Will Rogers Memorial Center in Fort Worth. Hundreds of repair professionals in Texas and beyond gathered to connect with exhibitors and take in a two-day schedule of seminars and presentations. This year’s show marked the highest attendance in the event’s five-year history.

“This year’s trade show was bigger and better than we could have imagined,” said Burl Richards, president of ABAT. “The show floor saw great traffic, and our seminar rooms were full both days. We’ve always had great classes, but we took it to another level this time. We’re already planning for an even stronger show in 2020.”

Added ABAT Executive Director Jill Tuggle, “This was the best show we’ve had in the five years we’ve hosted the event. We’ve already received encouraging feedback from exhibitors and attendees who are already gearing up to return next year. We couldn’t have done this without the amazing support of our ABAT members and the exhibitors who took the time to attend both days to network and grow our industry here in Texas.”

Texas Auto Body Trade Show Platinum Sponsor AkzoNobel drew special attention thanks to the display of a virtual spraying unit that attracted a lot of interest.

Richard Dragulski, account sales representative with AkzoNobel, was impressed by the steady flow of attendee traffic his company enjoyed both days – including some new distributor and collision center leads.

“The trade show had a larger attendance [this year],” said Dragulski. “I had to leave for an hour or two to get some things for the booth; when I came back, parking was all the way in the third parking lot!”

Stefano Moretto, national sales manager for first-time exhibitor USI of North America, traveled to Texas to introduce area customers to his company’s new waterborne technology and other products. He “absolutely” plans to return next year based on the positive response he received.

“Texas is a state with a lot of body shops,” said Moretto. “I believe that [the trade show] should only grow in the next couple of years as more people get into the family of the association and get more involved.”

For David Willett, general manager, automotive industry for Intrepid Direct Insurance, returning to the 2019 show after a successful debut as an exhibitor last year enabled him to strengthen his connection to the Texas automotive community.

“It is definitely a good area for collision repairers, and we have a strong relationship with some of the leadership in the association,” Willett said. “We’re trying to help vitalize that type of association in Texas. We’re always jumping on board to help the industry where we can.

“You go [to the trade show] to see potential customers, but you also go there to learn and strengthen your relationships with other people who support the industry. That was definitely possible.”

AASP/NJ Virtual Meeting Details Future of ADAS
Connect with us

Management: Traits of a Successful Leader