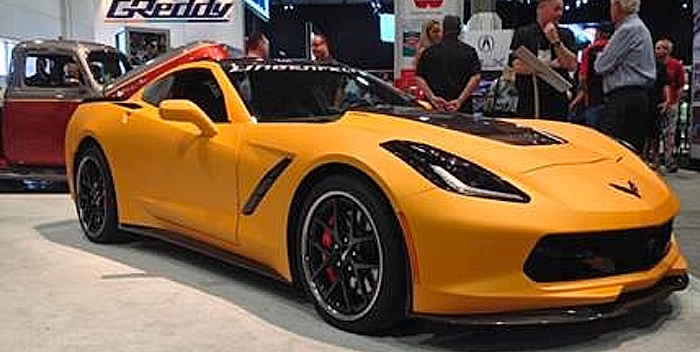 More than 60,000 automotive and aftermarket professionals attended the 2014 SEMA Show November 4-7, and the AkzoNobel exhibit booth was among the notable hot spots for showgoers and media as they gathered to view three award-winning custom vehicles on display.

Representing each of the AkzoNobel Vehicle Refinishes brands were:

That same leadership was also demonstrated during the fourth annual Sustainability Leadership Symposium on Monday, Nov. 3. This was the second time the symposium was held during SEMA as part of the show’s educational offering and included U.S. and Canadian collision repair industry stakeholders, trade publications and AkzoNobel FIT Sustainability award recipients. This cross-industry forum is expected to become the nucleus of a new coalition that will spearhead several sustainability initiatives in 2015.

“Our team could not be more pleased with the positive outcomes of SEMA week,” said Doug Holmberg, AkzoNobel’s business director for Vehicle Refinishes North America. “From the outstanding accolades received over the finishes on the display cars, to the booth traffic and symposium participation, it is clear that AkzoNobel Vehicle Refinishes in North America continues to be a leading industry player in collision repair and is positioned for the next wave of growth.”

Advertisement
In this article:akzonobel, SEMA Show