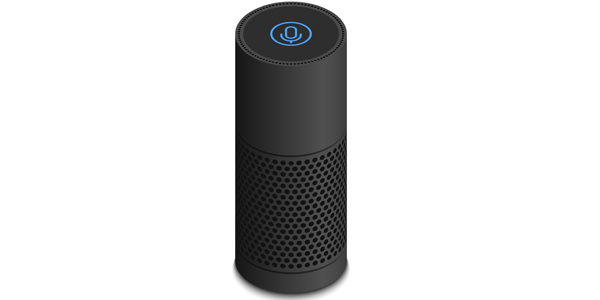 A young millennial mother was getting things rolling in the kitchen one morning, her normal routine. Her three-year-old son was in his booster seat. She was making him his favorite breakfast food, oatmeal and fruit. She was in a particularly good mood, happy to be a mom to such a wonderful little boy. Her heart was full, and she was singing a joyful song as she floated around the kitchen, basking in what a blessing it was to have this time with her little guy.

“Gosh,” she thought, “who knew that you could love someone so deeply?” As she reached the chorus with a crescendo, this sweet toddler said, in his beautiful little voice, “Alexa…stop playing music.”

That’s right, this little boy has never known anything else other than the ability to use your voice to get what you want, for just about anything. And that’s how it will be throughout his life until we can telepathically control devices, make purchases and search for information. Need or want something? Just call out to Alexa, Google or Siri and ask for it. This little guy might even say something like, “Alexa, find a body shop.” That’s voice search.

Another example of using your voice on devices is a five-year-old parrot named Buddy. Buddy, like all good parrots worth their salt, carefully listens to the words used around him. When his owner ordered gift boxes, so did Buddy. Lots of boxes. “Alexa, order gift boxes,” he said again and again…for a week. Then his owner heard him say it, not fully knowing the damage that had been done…until hundreds of boxes started arriving. Good thing Buddy didn’t hear his owner order crackers!

Early on, in order to optimize for search engines, content was written more with search engines in mind. Then, as search engines got more and more sophisticated, they figured out what content developers were doing to try and heavily influence ranking results. They started to penalize websites that were trying to “cheat” the system. Now, conventional wisdom says to write for the visitor and let search engines figure out the rest, more or less. There’s much more to it behind the scenes for true search engine optimization (SEO) specialists, but I’m not going to share it here. I’ve trained my competition in this column for years, and I need to keep at least some of our secrets to ourselves.
But I will tip them off, and you too, on the next big thing in SEO: voice search.

Can you type as fast as you talk? How about entering text on a mobile device? Is it legal in your state to touch your phone while driving? Enter…voice search. Voice recognition has gotten so good that it’s more accurate and quicker than entering text manually. And with Alexa and Siri at the ready, we had better be ready, too.

Right now, the most important factors for SEO are mobile-first optimization, quality content (see writing for visitors above) and then voice search. Voice search wasn’t even on the radar screen a bit ago. But there it is, undeniably important when building and optimizing a website.

The number of voice-first devices is approaching 40 million. Check out the percentages, by age group, of people using their mobile personal assistants to call out to Google, Siri or Alexa:

According to Google CEO Sundar Pichai, a full 20 percent of all searches are done by voice. That percentage has been steadily rising. Google bases much of its future algorithms on actual usage by their audience, so we can anticipate that voice search optimization will be a bigger and bigger factor going forward.

Where is Voice Search Being Used?

To optimize for voice search, you need to think in terms of conversational inquiries rather than short text bursts. You’ll want to get your website out in front of this next big thing.