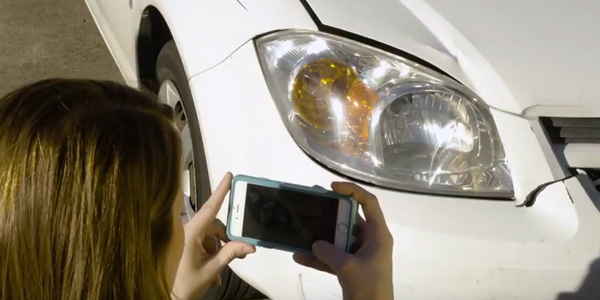 As Allstate goes full-steam ahead with “the digitalization of the claims process,” claims adjusters are losing their jobs.

Severance payments to the downsized claims adjusters were part of $52 million in restructuring expenses reported in Allstate’s second-quarter financial results.

The QuickFoto Claim system, accessed via the Allstate mobile app, enables customers to submit claims electronically by taking photos of their collision-damaged vehicles. Once customers submit a claim using QuickFoto, Allstate says they can expect to receive an estimate and a phone call from the insurer within 24 hours.

QuickFoto now processes about half of the insurer’s claims for driveable vehicles, Allstate President Matt Winter explained during the conference call.

“That has led to the shutdown of many of our drive-in claim centers and it has also led to reduced need for field adjusters, since we took a lot of that inefficiency out of the system,” Winter said. “We now have our adjusters looking at enhanced photos, digital photos, in the computers without having to drive to and from the sites.”

Winter noted that QuickFoto is one part of Allstate’s strategy to digitalize the claims process.

“In the past … there was a lot of dead time, unproductive time, as adjusters drove around, driving to cars, driving to body shops, for both initial estimates and supplements,” Winter told investment analysts. “And we looked at that and realized that emerging technologies, data and analytics could rectify that and take some of the inefficiency out of the system.”

Among the elements of Allstate’s technology strategy, the insurer has been making payments directly to customers’ debit cards and using drones to assess roof damage, according to Winter.

“So instead of having to schedule an adjuster to come back out to the body shop and look at supplemental damage, we now use the video-chat technology same day, and we move it along,” Winter said. “Everybody‘s happy: The customer get their car back sooner, the body shop gets the car up on their lift sooner and they take another car in. And we are reducing rental-car time and improving customer satisfaction.”

Winter asserted that Allstate’s use of digital technology has shortened the estimating cycle from five to seven days to “under 24 hours.”