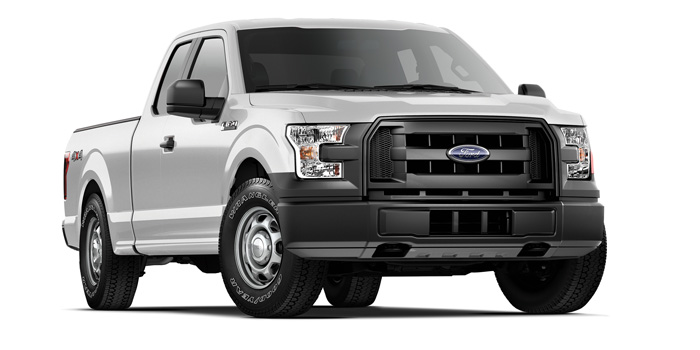 Whether we’ve gotten an ROI from investing in aluminum repair or not, the F-150 has made us better prepared and wiser.

When Ford introduced an aluminum-intensive vehicle into the market, the reaction of repair shops across the U.S. varied a great deal. Shop responses ranged from total buy-in on equipment and training to a big, “I don’t care and I am not getting into aluminum repair.” The decision was largely based on the enormous costs involved for shops. The cost of training technicians to repair aluminum was also factored in. These various reactions from owners and managers and also technicians made it difficult for people who conduct the training, too. Nobody knew how to gauge the return on investment (ROI) and how long it was going to take before they saw the fruits of their labor and costs.

Simple math dictated that not everyone needed to buy in to the concept right away. Reasons included:

Instead of a gradual change and a “let’s see what’s needed” attitude, a lot of shops jumped in headfirst. No shop wanted to be the shop that could not repair the new F-150. But in my travels, I now hear from many folks who are a little peeved. They bought all this equipment and have seen no sales to justify the costs. In an industry that runs on very low profit margins, this creates a loss.

I also hear from many shops that although it was slow at first, it’s definitely picking up (no pun intended). Sales of the F-150 increase daily and are putting a large number of these vehicles on the road, which has created a great deal of work for some shops. With rumors of more vehicle manufacturers using aluminum in vehicles, the training and equipment may pay off in time. The ROI may not be there tomorrow or next week, but in time it may. For some shops, maybe not.

On the other side of the coin are the insurers. They wanted a network that was thoroughly capable of working on the F-150. There was some encouragement to get not only their people trained but also push DRP shops to be ready. There was nothing wrong in this approach to service their customers, but it created more of a frenzy among shops.

How do shops charge for all this? People were confused by the statement, “It’s not difficult, just different.” People heard this and thought aluminum was similar to steel. Although there are similarities, there is one factor besides equipment and training that’s different: it’s time-consuming. It does take more time for repairs. Some may agree or disagree, but with the heating and technician labor to repair aluminum as compared to steel, it’s more labor intensive. Reforming a panel is more time-consuming than removing a dent.

This created a dilemma in charging for repairs. Two thought processes were out there: one was to charge a higher aluminum rate, and another was to use a multiplier for aluminum repair much like PDR already did. Whichever option you chose as a shop or insurance company, you had your reasons and your decisions. That’s your company’s choice. The lack of a constant flow of work in the beginning was hard for all.

In this mix of shops, technicians and insurance companies, nobody knew what to expect. What equipment was necessary? Was a dedicated work area needed? How many trucks will we repair? How many will have damage in the first year? Second year? No one had the answers. So we all just prepared for the release of the F-150.

For many in the industry, the thought was, “If we had waited awhile, we would have known or done some things differently.” Some shops look at equipment they rarely use and wish they never would have purchased it. A great deal of shops have capitalized on this and are using skills and equipment on many other types of aluminum repair. Many have started seeing a large increase in the repair of F-150s as they become more popular. Many shops took lemons and made lemonade, but some shops just went sour. Whatever your approach or results, the new changes either have had a lasting effect on you and your company or will.

Now we come to another problem: change. The vehicle manufacturers are changing the game every day by adding new metals and electronics and changing repair processes. Shops do not want another expense and do not want to have to do any more training. Some are just waiting to see. Changes are coming faster, and keeping up is tough. This has led to a whole lot of confusion. The advantage of setting up for the Ford F-150 program is that shops also set themselves up for many other changes:

What Did We Learn?

You may not realize or appreciate it, but Ford did the repair industry a service and increased shops’ abilities not just in aluminum repair but other areas. Having better welders and becoming more aware of the requirements needed for many other types of repairs and procedures (not just for Ford) has benefited everyone. If it had not been for the F-150, would so many shops have that equipment and training in place? If you disagree, I encourage you to look into MIG brazing needs and think about it. I’m not saying all the money and equipment helps, but some does.

In the coming years, we’ll see more repairs on the F-150. The sales dictate that this will happen. As other manufacturers follow Ford’s lead, you may see a faster ROI. There are no guarantees, though. As for changes coming, the process of gearing up for the F-150 has made us better prepared and wiser. Be careful not to get behind. Use what we as an industry have learned so far.

Advertisement
In this article:aluminum, f-150, repair