Clark's Corner: Another One Leaves The Ride 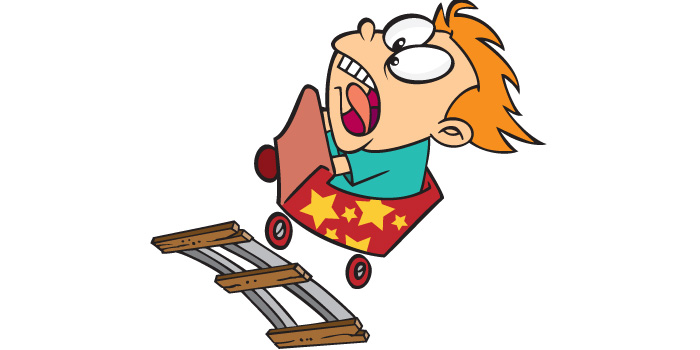 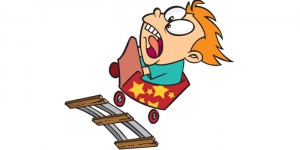 I’ve been in our industry for 45 years. Each year, it gets more difficult to find folks who can play the “I was there when…” game with me.

Like long-tenured folks in any industry, we “seasoned” veterans enjoy comparing notes about how long we’ve been around and what changes we’ve seen in collision repair. You know, “I showed Henry Ford the black color chip,” “I helped Noah mask the ark,” and “We had to hand-crank the air compressor.”

One of my peers and friends is retiring from PPG Automotive Refinish after a stellar 38-year career in various postings, so I thought it would be interesting to share his perspective on our business between 1977 and 2015.

Bobby Burgess, director of training for PPG Automotive Refinish, acquired early experience in distribution by working for a plumbing wholesaler after school and during summers from the time he was 14 until he graduated from Clemson University. He credits that job with educating him on inventory turns, collecting money, running delivery trucks, answering phones, reading catalogs and making sales calls. He was later pleased to discover it was just like selling car paint.

Like me, Bobby liked motors and cars and got his first taste of collision repair working in a friend’s dad’s one-stall body shop. The dad worked a factory job during the day and painted cars at night and on weekends. Bobby’s first industry skills were sanding and masking those cars – as well as his own 1966 Mercury Cyclone GT with a 390 and a four-speed (one of the many cars we recalled fondly and wished we still owned).

Asked what lessons he took away from that early body shop exposure, Bobby said he learned that auto refinishing was hard work, that it was meticulous and that even back then, the customers were picky about the job. Small dust specks and drifting overspray wouldn’t sell. I always say that the first thing I learned about collision repair as a PBE jobber was how long it took. It was really easy to say, “Just sand it down and re-shoot it.” In fact, that took a ton of work and time to accomplish.

A football scholarship to Clemson led Bobby to a college degree in 1976 and a sales job in an industry that had few graduates at that time.

Like so many things in business, an introduction by a friend led to a job selling locally assembled air compressors. They had no showroom, so Bobby’s friend rented 1,000 square feet of space for display and started making sales calls on anybody using compressed air, body shops included.

The body shops wanted air hoses to go with their compressors, so they added hoses and then air tools. Then, a local warehouse distributor (WD) suggested Bobby could sell some paint and sand- paper, too. So, in 1976, he was managing an early paint, body and equipment (PBE) specialty store using what he had learned about distribution at the plumbing supplier – plus what he learned about body shops’ needs by making friends with the technicians and owners and asking them questions. Bobby credits his first customers and long-time friends Mark Watkins and Steve Foster, then co-owners of Supreme Auto Body, with helping him learn about the collision center.

As a sidenote, PBE jobbers are an offshoot of auto parts jobbers. My grandfather started an auto parts business in 1919 that sold auto paint and sandpaper alongside the tires, batteries, anti-freeze, exhaust pipes and ignition parts.

The first PBE specialty jobbers (no auto parts) I know about were in New England in the late 1940s and early 1950s. When my dad and I started our PBE-only store in 1970, we were an early auto body specialist for the Midwest. Can auto parts houses sell paint? Sure they can, and they do a good job; the key is having salespeople on the street and at the counter who understand and specialize in collision repair.

The paint brand that Bobby was buying from the WD wasn’t a major player, and he was on a mission to get a good line of refinish materials – including product performance, color documentation and sales support. He attended the Southern Autobody Show looking for someone who would sell him their quality brand. He did such a good job pitching his ability to sell paint to Tom Wheatley, a Ditzler sales manager, that they offered him a job instead of the paint line. For a guy who had never been north of Tennessee, his winter interview in frosty Detroit was an eye opener for sure. His new PPG sales rep job required 12 weeks of training first. They attended PPG’s only training center and learned the paint systems from the only two instructors. They spent time in the main warehouse packing and shipping goods, at a few jobber stores answering phones and unpacking stock, and at a body shop sanding, masking and spraying. Plus, they received substantial sales advice and instruction.

He was assigned to the Atlanta-based sales territory in 1978 and, as a lifelong Atlanta resident, he always knew someone who knew most everyone. His boss and mentor, Wheatley, told him, “People don’t buy if they don’t like you.” Bobby built a successful career by finding a way to get people to talk to him by discovering a common interest.

Numerous times during our interview, he summed up the shop or jobber in question by saying, “I got to be friends with those guys.” I asked for some additional sales advice from those early days on the road, and he immediately answered, “Never downgrade a competitor’s product.” Still good advice. Let me tell you how good I am, not how bad my competitor is.

We talked about what a good repair looked like back then (and they were often rare birds.) All the careful work steps those shops took are still required today: skillful masking, taping all the door jambs, covering the engine bay, removing moldings and polishing out the dirt. What successful shops knew then and know now is that good work grows sales. You can have all the direct and favorite-son deals possible with insurers, but if Mrs. Smith isn’t happy with her repair, it won’t matter long.

Bobby was promoted to regional sales manager with responsibilities to grow the distribution base and manage 12 sales reps (now called territory managers). For words of wisdom about that part of his career, he said the main lesson was to understand that not everyone works the same way you do. His mentor told him to trust your people – because you can’t do it for them. I agree. Finding a way to get the job done with different skills and attitudes than your own is what makes a great manager. But like any auto paint company, they needed local distributors to expand and grow their business. Each body shop can’t possibly stock all the different goods required. Distant vendors with long lead times won’t fly in fast-paced collision repair. You need local businesses with expert knowledge, hungry salespeople and broad inventories to be a success.

In markets where they didn’t have a distributor, Bobby would start on the street with the body shops. He carried a few specific products (all of which I sold and remember well) because they worked great. He said there was one particularly difficult Toyota color code and another Olds- mobile code that PPG matched nicely. Armed with their wax and grease remover, the gray fast-dry lacquer sealer and their clear clears, his system would impress the local painters (with whom Bobby had no doubt already found something to laugh about). From there, he would back up to the parts jobber that shop used and try to sell them on adding auto paint to their sales mix.

What happened with new distribution most often was that someone along the way, in the body shop or the parts jobber, wanted to start their own PBE store. I have many jobber friends in our business today who got started just that way, selling their favorite brand of paint with a little help from the paint company and the confidence they had in themselves to do a good job for the body shops. Many are still doing a great job today.

In the early 1990s, Bobby took a turn as a product manager, the liaison between the lab folks and the sales folks. Possibly the best advice I heard from our conversation about our long careers in refinish was his credo that you have to be standing ready to go when your competitor has misfortune. Whether your business is a body shop, an auto paint jobber or a paint manufacturer, you need to have your act together every day because one day soon, the other shop, jobber or paint company will make a mistake. When you can show their customers why you’re the better solution, new sales will accrue – as he confirmed in 1997 by moving to one of three national zone director positions and six times the sales and the people than his former job. His main regret from that time is that he had customers he never met.

Since August 2010, Bobby has been PPG’s director of training. The one lonely training center I attended in 1973 has grown to 14 dedicated Business Development & Training Centers today.

Bobby’s task recently has been to update their existing physical facilities to accommodate more people and replace aging equipment such as air compressors. Class offerings range from hands-on color matching to distributor best practices to collision shop management along with the “paint” classes. As a guy instructing classes since 1986, I can say for sure the answer isn’t just attending the class, it’s doing something with the information once you get home.

Bobby intends to spend his new free time with his family and friends once he gets off the 38-year ride on the collision repair roller coaster. The industry will miss his long view perspective, and I’ll have to phone him to play “I was there when…” next time.

Asked for his parting shots for this column, he said, “I believe you have to be on your game all the time. Just because you’re good doesn’t mean you get the opportunity. Be ready to go and look hard for the opportunities. A good inventory and sales persistence help, too.”