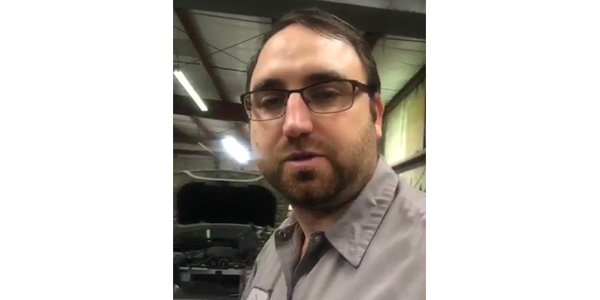 C.J. Huber admits he’s a bit camera-shy. But when an insurance adjuster insisted that Huber put an aftermarket bumper cover and step pad on a collision-damaged Chevy Tahoe, the owner of C.J.’s Auto Body in Pine Bluff, Ark., says he needed to vent.

C.J. Huber admits he’s a bit camera-shy. But when an insurance adjuster insisted that Huber put an aftermarket bumper cover and step pad on a collision-damaged Chevy Tahoe, the owner of C.J.’s Auto Body in Pine Bluff, Ark., says he needed to vent.

In a Facebook video, Huber stages a side-by-side comparison of the OEM parts and the aftermarket parts, noting that the insurance adjuster didn’t want him to do that, “even though we had the factory parts here.”

“They wanted to save a little bit of money,” Huber says in the video. “And I can understand saving some money, as long as the quality is there.”

In this case, it isn’t there.

Huber points out a number of flaws in the aftermarket parts, noting that the step pad has a “duller, kind of brown-looking” finish and the bumper cover fits awkwardly over the vehicle’s reverse sensors. On top of that, the bumper cover came in damaged, so “we would’ve had to send it back anyway.”

He also notes that the primer on the bumper cover comes off easily with a bit of paint thinner. 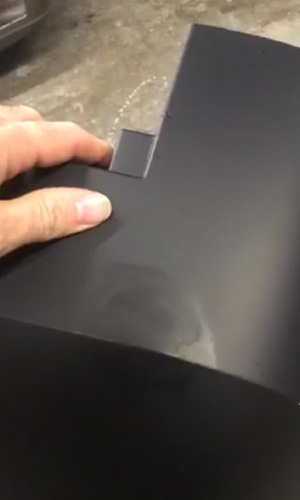 “They’re refusing to pay for the [OEM] parts,” Huber says. “They didn’t even want us to inspect them. They just wanted us to put them on.”

Huber says the savings from the aftermarket parts would be about $11 for the step pad and $60 for the bumper cover.

“That’s not a lot of difference when you’re talking about a $500 bumper that doesn’t fit, that the sensors won’t fit, that’s damaged and the primer won’t even stay on it,” Huber adds.

To make matters worse, when Huber sent photos of the aftermarket parts to the insurance adjuster, he received an email from the adjuster asserting that “these photos could be of anything and possibly not relevant to the claim at hand,” according to Huber.

“Well, not only there is he calling me a liar, but untrustworthy [also], and my customers know that’s the farthest [from] the truth,” Huber says in the video. “I don’t take that very well that Farm Bureau is thinking that I would be lying.”

To see the video, click here or watch below.

Arkansas Body Shop Owner on Insurer-Recommended Aftermarket Parts: ‘They Didn’t Even Want Us to Inspect Them’