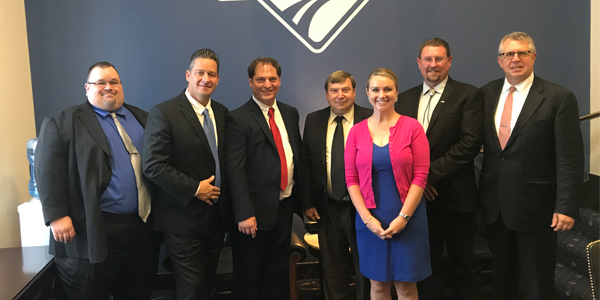 Attendees held discussions with senior staff from the U.S. House on Energy and Commerce, House Committee on Transportation and Infrastructure and the U.S. Senate Commerce Committee in a series of roundtable talks about new vehicle technologies and the impact these could have on automotive repair.

During the meetings, staff shared the legislative forecast for connected cars, and ASA’s members were able to share their views from the repairer’s perspective.

“Due to the rapid pace of innovation and development, we are here at the right time to have an impact on important policy direction for these new technologies,” said ASA Vice President Tony Molla. “I was encouraged by the meetings, and ASA looks forward to collaborating with these committees in the future.”