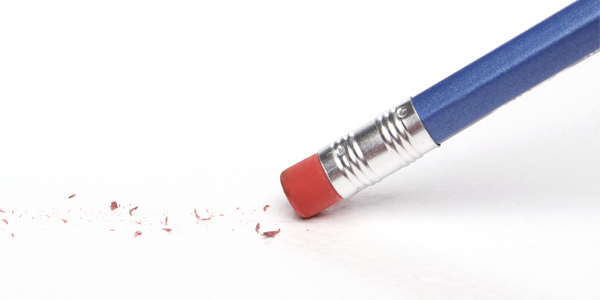 I have a solution to increasing insurance pressure, increasing costs and dwindling profits: Eliminate yourself. 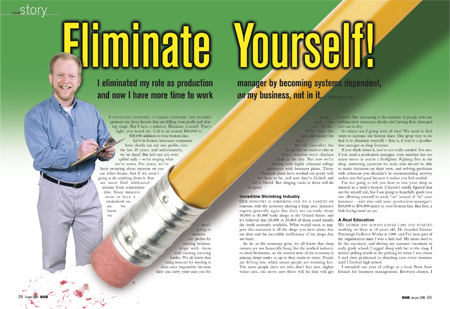 A dwindling industry, a failing economy and insurer pressure are three factors that are killing your profit and closing shops. But I have a solution: Eliminate yourself. That’s right, you heard me. Call it an instant $40,000 to $50,000 addition to your bottom line.

Let’s be honest, insurance companies have slowly cut out our profits over the last 10 years, and unfortunately, we let them! But let’s not cry over spilled milk – we’re reaping what we’ve sown. For years, we’ve been swearing about insurers on our car rides home, but if we aren’t going to do anything about it, then we must find additional income from somewhere else. Since insurers seem to have a chokehold on us, we know we aren’t going to increase our profits by ruining relationships with them and causing steering battles. We all know that suing insurers for steering is darn near impossible because they can carry your case out for years and run you broke. Who has the time and money for that?

We all remember the fat profits we used to rake in when insurers were clueless back in the day. But now we’re dealing with highly educated college graduates with business plans. Those business plans have worked out pretty well for them so far, and now they’re Goliath and we’re David. But slinging rocks at them will do no good.

Our industry is shrinking due to a variety of reasons, with the economy playing a large part. Industry experts generally agree that there are currently about 40,000 to 45,000 body shops in the United States, and it’s believed that 20,000 to 25,000 of them could handle the work currently available. What would seem to support this statement is all the shops you hear about that are slow and the incredible inefficiency of the shops that are busy.

As far as the economy goes, we all know that shop owners are not financially hung like the medical industry or retail businesses, so the current state of the economy is putting shops under or up to their necks in water. People are driving less, which means people are wrecking less. The more people there are who don’t buy new, higher value cars, the more cars there will be that will get totaled. Also increasing is the number of people who are cashing their insurance checks and leaving their damaged cars out to dry.

So where am I going with all this? We need to find ways to increase our bottom lines. One great way to do that is to eliminate yourself – that is, if you’re a production manager or shop foreman.

If you think about it, you’re not really needed. For one, if you need a production manager, your machine has too many errors or you’re a firefighter. Fighting fires in the shop, answering questions for techs who should be able to make decisions on their own, and solving problems with solutions you shouldn’t be recommending anyway makes you feel good because it makes you feel needed.

I’m not going to tell you how to run your shop as smooth as a baby’s bottom (I haven’t totally figured that out for myself yet), but I am going to hopefully guide you into allowing yourself to work “on” instead of “in” your business – and also add your production manager’s $40,000 to $50,000 salary to your bottom line. But first, a little background on me.

My father has always loved cars and started working on them at 10 years old. He founded Greater Pittsburgh Collision Works in 1980, and I’ve been part of the organization since I was a little kid. My mom used to be the secretary, and during my summer vacations in early grade school, I tagged along with her to the shop. I started pulling weeds in the parking lot when I was about 9 and then graduated to detailing cars every summer until I finished high school.

I attended one year of college at a local Penn State branch for business management. Between classes, I would work in the parts department. I decided to hang up the college books after my first year, deciding that the best way to learn business was not to attend classes but learn the real way in my dad’s shop!

After about two years as the production manager, I realized I had no downtime to work on taking over the business and my dad was starting to talk about retirement. My dad and I started attending seminars and joined a 20 Group (Mike Anderson’s DuPont Business Council), and we kept hearing about the importance of being systems dependent. It was then that I started to develop a system to eliminate my position so that I could work on ownership duties and taking over the business. I believe we succeeded because we’re now looking at starting two more locations.

You’ve probably heard this term before, but I’m going to blast it in your ears again: Become systems dependent, not people dependent! You need to create some type of production system that runs itself just by the techs simply moving a tag when they come to get their work orders. It has tremendous benefits. My system is something anyone can create: a chalkboard with lines and names on it. If a simpleton like myself could do it, you sure as heck can!

To get started, you need to imagine you’re one of your technicians and run yourself through the process they go through every day. Start with choosing a job, or a car to pull in and fix. Write out from beginning to end the process that a damaged car goes through from the time the keys are dropped off to the time the keys are handed back to the customer. This is the beginning of making your production board. I recommend vertical columns containing the different departments you have at your shop (this will need to be different if you’re start-to-finish). Keep in mind that my shop is hourly with different departments (see example). Be sure you make a key to translate the different abbreviations you’ll have and hang it close by.

As you can see, each tag has the RO number, customer name, type of vehicle and a single-letter classification (A, B, C, D) for the kind of hit or severity of damage. The first date is the day the car is coming in, and the second date is the “go home date” which indicates priority status. The car that’s leaving the soonest takes first priority. Sometimes dates don’t necessarily indicate priority, which is why notes are sometime necessary…and why a chalkboard works especially well.

Here is how the board might work in a typical scenario at your shop. Bob the technician arrives in the morning needing an assignment for the day. He simply goes to the board and looks at the section titled, “DA Ready” or damage analysis ready, meaning that the vehicle needs to be taken apart so all the damage is revealed. Or, he might look at the section titled, “Build Ready.” Bob would grab the tag in the “DA Ready” column, meaning that the car is approved by insurance, parts are here and the vehicle is ready to be torn down. Keep in mind this tag would not be in the “DA Ready” column if all parts weren’t in and checked as correct.

Bob moves the tag into the column titled, “In DA.” He proceeds to take the vehicle apart and put together a supplement with a DA manager (estimator). After the car is torn down, we’ll assume this is a direct-repair claim and we can move forth with body work. Bob then moves his tag into the “Metal” column under his name, which also allows the front office staff to see where the car is in the repair process and who is working on it. After he does his metal work on the fender, he then moves his tag into the “Paint Ready” column, and he’s now through with this tag and the job for the day.

When one of your paint technicians is ready for his or her next job to prime, he or she simply looks on the board in the section titled “Paint Ready.” There may be more than one tag in this column considering that there are many techs working on many different cars, but he or she knows how to prioritize without asking a manager because the estimated completion date is on the tag. The paint technician then moves the tag into the column titled, “In Paint.”

As you know, there are many different scenarios and types of repairs you encounter every day, but this is just a basic example of how the board works. Also, notice that there are columns named “On Hold for Insurance” (controlled by the estimator because he or she knows the situation with the insurance company), “On Hold for Parts,” etc., because we know not all cars can be worked on at just any time. With this example and looking at how my board is set up, I think this can paint you a picture of how you can incorporate this board into your shop.

The strategy and philosophy behind this board is to have a device that provides technicians with all the information they need to run the shop (of course, with help from the estimators). This board is also a great way for the CSR or front-end estimator to know what’s going on in the shop at all times and whom is doing what and where the car is in the process. In the future, I plan on making this board digital so that it can be opened by any estimator, CSR or manager at the touch of a computer button to check the status of his or her workload. It becomes a great tool to update customers, also.

It doesn’t come easy at first because it takes a lot of discipline until it just becomes habit. It does become like clockwork after time, you just have to keep the techs and estimators accountable hardcore for about a month.

Work On, Not In

I hope you can take what I’m giving you here and save yourself some overhead or headaches. Oh, and I don’t mean you should fire your production manager or yourself. That person can work on other things that will bring money to your bottom line, such as sales, upsells on existing cars, marketing and standard operating procedures.

By the way, I was able to write this article while sitting at my desk at work, working “on” the business.

Mark Miller, Jr. has been working in and around his dad’s shop since he was 9 years old, spending his summers there and any time outside of school. He’s currently taking over the business and aiming to open another location in the future. He can be reached at [email protected]

Eliminate Yourself and Add $50,000 to the Bottom Line

Auto Insurance Policy Contracts: What You Should Know
Connect with us