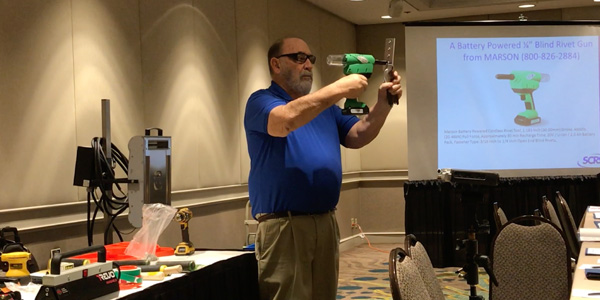 Kye Yeung and Toby Chess demonstrated a number of products from the 2017 SEMA Show during their “Kool Tools” presentation.

One of Kye Yeung’s biggest pet peeves is walking into the paint department and discovering a piece of tape on the floor.

“It just keeps tape off the ground,” said Yeung, owner of European Motor Car Works in Southern California and chairman of the Society of Collision Repair Specialists (SCRS).

The Tape Caddy was one of a number of collision repair products featured in the annual “Kool Tools” presentation at the SCRS open board meeting in Palm Springs, Calif. Yeung and Toby Chess of Kent Automotive found the tools on the 2017 SEMA Show floor and put them through their paces before demonstrating them for SCRS attendees.

Other “Kool Tools” included add-ons for the Maxi DF-505 dent-pulling station from Dent Fix Equipment and Cavity Wax Plus from 3M.

Here are some highlights from their presentation.

Chess and Yeung kicked off the session with a demonstration of a Marson battery-powered blind-rivet gun from Arconic Fastening Systems and Rings.

While they noted that there are some great air-powered rivet guns on the market, the lightweight Marson unit offers the benefit of portability, Chess and Yeung explained.

“As far as we know, it’s not certified by any OEMs, but it pulls rivets [in a way that’s] similar to other guns that are certified,” Yeung added.

Recently featured in TechShop (a sister publication of BodyShop Business), the Re-Grip is designed to provide a safe and comfortable non-slip grip to any tool, handle or lever. 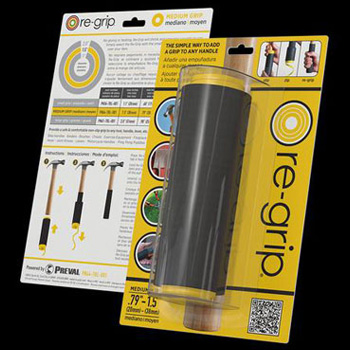 To install, the user pulls a tab at the bottom to unwind the coil, allowing the grip to shrink and compress securely to size.

The Ajon Mobility Device is designed to address a fundamental challenge in body shops: moving collision-damaged vehicles that are missing suspension parts or otherwise are non-drivable.

The Ajon website explains: “Jon Adams, service manager at a sizeable California General Motors dealership, recognized the cost and productivity lost by disabled vehicles remaining on lifts while waiting on parts, inspection or other delays. As a result, Jon designed and constructed a unit for his own use and quickly discovered that most other repair facilities suffer from the same costly and inefficient problems.”

The American-made device can be installed in five minutes or less, enabling technicians to move the vehicle by hand over speed bumps, dips and uneven pavement, according to Ajon.

“There are other units out there that work, but this one just works a little easier,” Yeung added. “It’s more user-friendly.”

Plastic tabs always seem to break at 5 p.m. on a Friday. And when they do, it can add several days to a job that’s nearly finished.

For those situations, Yeung has found that Q-Bond adhesive is a must-have for a body shop. He said he also uses Q-Bond filling powder.

“You take the powder and you can put it right in the area where it’s broken,” Yeung explained, demonstrating the product on a panel that had a broken tab. “And then you just drip your adhesive on top of the powder. … This stuff is so strong that it saves the panel.”

Collision Edge offers a number of tape-related products that are designed to make the body shop more organized.

The Tape Thing is a magnetic tool that sticks tape to booth walls, prep carts, toolboxes or any other metal surfaces. The Tape Caddy enables painters to carry the Tape Thing on their hip. 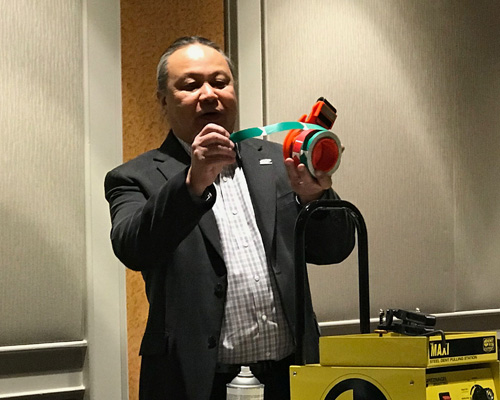 Yeung talks about the Tape Caddy from Collision Edge.

Yeung also mentioned the Mark Safe estimating arrows, which are designed to safely mark any vehicle surface for estimate mapping and photo documentation. They easily slip onto the Tape Thing for convenient dispensing from the Tape Caddy, according to the company.

Developed by a former Air Force Reserve mechanic, the Grypmat can hold tools at up to a 70-degree angle with no magnets, according to the manufacturer. The tool tray can fold and retain its original shape, and its flexibility enables it to contour to curved surfaces in hard-to-reach places. 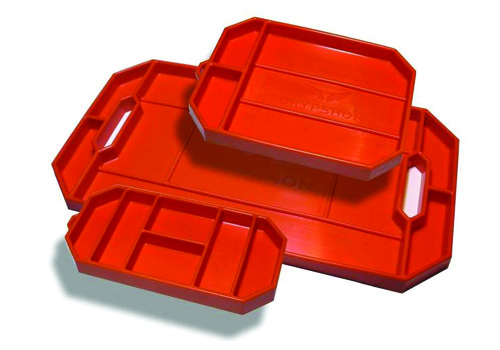 Tom Burden, creator of the Grypmat, was the winner of SEMA’s 2017 Launch Pad competition. Shortly after the SEMA Show, Burden landed a six-figure deal on “Shark Tank.”

“It not only works for your primer, but it can work for your plastic, your polyester glazing, your basecoat and your clearcoat,” Yeung added. 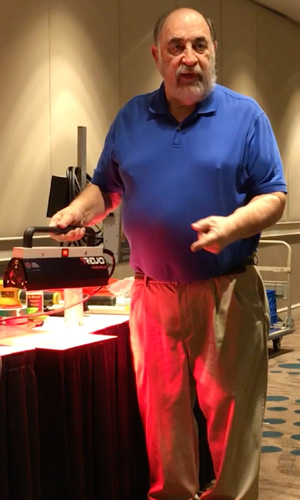 The REVO Handheld lamp reaches temperatures of up to 2,000 F in less than a second, according to the Global Finishing Solution website, and also can be used for aluminum repair, dent removal and other applications.

“It gives the tech the absolute control of the arc while welding, making it so much simpler to weld on those ultrathin materials,” Art Ewing, ProSpot International’s director of sales and marketing for Canada, explains in a video filmed at the 2017 SEMA Show.

Chess added that the ProSpot welder provides “a great alternative” for shops that have single-phase power.

Yeung said he purchased a Nes thread-repair set at the SEMA Show, figuring “it would be nice to have in the toolbox for emergencies.” That turned out to be a wise decision.

While attempting to change out the mandrel on a hand-operated rivet gun, one of his techs cross-threaded the head unit. Because of the shallow housing depth, a conventional tap couldn’t solve the problem, and a $400 rivet gun was rendered useless. That’s when Yeung decided to dig out the Nes thread-repair tool.

“We were able to insert this internal thread [restorer], turn it inside the thread and save the tool,” Yeung explained. “This product saved me $400.”

He added: “Great gadget. Nice to have in anybody’s toolbox.”

Advertisement
In this article:cic, SCRS