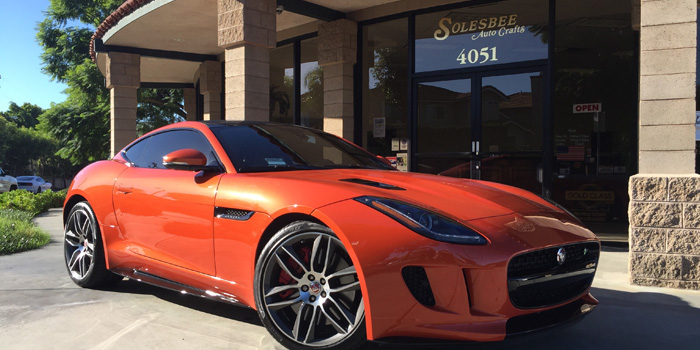 For most, 2015 was a better year business-wise than 2014. But there’s always room for improvement.

Now that 2015 is history, we thought we’d touch base with some shops to see how the past year treated them and their shops and get their predictions on what will be in store for 2016.

For most, 2015 was a better year business-wise than 2014. But there’s always room for improvement.

Greg Solesbee, operations manager of Solesbee Auto Crafts in Yorba Linda, Calif., said, “For us it was about the same. Could it have been better? I think absolutely it could have.”

Sales this past year, Solesbee explained, stayed almost exactly the same. He believes that the economy has given people an illusion that things are getting better. “People seem to forget nowadays where things are at, and everybody’s at, ‘I want it now,’” he said.

“People aren’t really planning for their future. And so everybody is living like, ‘I want it now, fix it now, get it done now.’ People are letting the money go a little bit easier, but I myself feel like that’s going to be pretty short-lived.

“I don’t think you can 100 percent predict it. But predictions show that something’s coming.”

Solesbee explains that during the Great Recession, he saw more customers cashing their insurance checks and then not getting their cars fixed. But nowadays, that’s not so much the case.

Dave Cottrell, production manager of Fred Martin Collision Center in Norton, Ohio, has seen a consistent flow of customer pay from year to year, despite the rumblings of a bettering economy.

“But you do see a lot of people that will take the insurance check and then they’ll shop around and see who will quote them the best price and not even let you know that they have the insurance check,” he said. “It seems as if it’s customer pay but it’s really not, and you can sometimes tell when it’s somebody that’s doing something like that.”

Cottrell doesn’t think it’s the economy that has gotten better in the past year, but the industry as a whole.

“I’d say a lot of that may be due to some of the backyard, so-called ‘hack shops’ that you’ve seen in the past dropping off or closing their doors. People are getting more into training,” he said. “It’s giving our industry a better name.”

Cottrell says that electronics and overproduction were some unique challenges his shop faced this past year.

“A lot of OEMs are adding so many specialty items onto their cars that it’s created a little bit of a challenge when it comes to repairing them.

“We also ran into overproduction, having too many cars on the lot at one time,” said Cottrell. “Sometimes you think that’s a good thing, but then sometimes it can be a bad thing.” 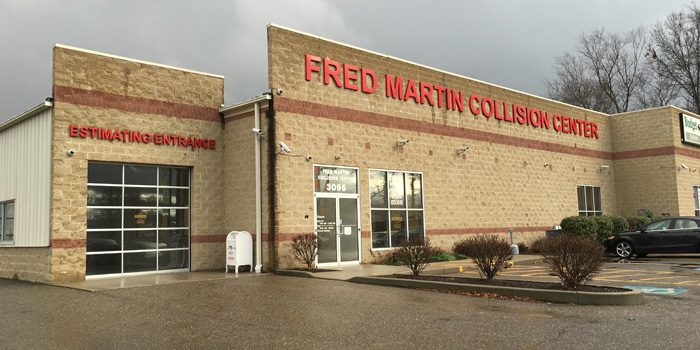 The year 2015 was nothing if not the year of trends, No. 1 being aluminum coming out in full force.

“Training in aluminum obviously is the big buzz in our industry right now,” said Cottrell. “A lot more OEM-specific recommendations. You’re seeing a lot more OEMs actually saying, ‘This is how we want you to fix our cars.’ Which is a good thing, because there’s no more guesswork being put into the repairs.”

Solesbee saw some positive trends this past year when it came to insurance companies.

“The trend I see is if you are not on top of your numbers and your cycle time and being able to communicate thoroughly to the customer, and create a linear production that really helps you establish that flow, the insurance companies are going to cap you at a certain amount even though it may be over the time that they even want,” said Solesbee. “If you can control that, you watch the flow and the volume go up. So they really have gotten good at that dial.”

When it comes to predictions and plans for 2016, it’s all about getting ahead of the curve before it’s too late.

“As I see it, if you’re not making it in 2016, you’re not making the changes. In 2017, as far as technology and where the economy has gone, you’re going to find yourself almost three years behind if you haven’t done it this year,” said Solesbee. “If you continue to run your industry the same way it’s always been, your time frame of catching up is very slim.

“So 2016, I personally don’t see anything hitting anyone that’s going to make them feel like their industry is changing, and that’s where I see the devastation coming. If you haven’t done it this year and you’re not already ramping up to figure out more next year (which means you’re ahead of the curve), three years from now you’re going to go, ‘Whoa, what hit me?’ You’re going to wonder where your work went, how come this work is disappearing?”