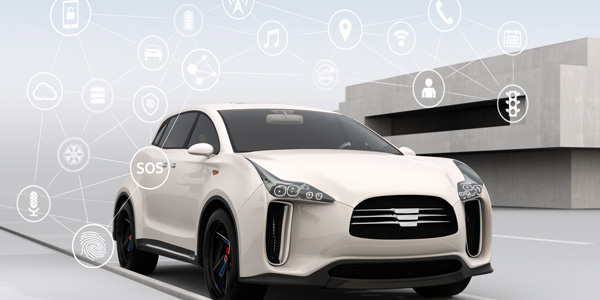 The Massachusetts law requires vehicle manufacturers to share – at a fair and reasonable price – the same service information, tools and software that they provide their franchised dealers.

The Auto Care Association and Coalition for Auto Repair Equality (CARE) expressed concern about whether all vehicle manufacturers will be in compliance with new right-to-repair requirements that will take effect for 2018 and later model-year vehicles.

The comments came at a hearing held at the Massachusetts State House by the Joint Committee on Consumer Protection and Professional Licensure. The hearing focused on whether automakers are in compliance with the first-in-the-nation law requiring vehicle manufacturers to share – at a fair and reasonable price – the same service information, tools and software that they provide their franchised dealers.

“Many car companies are doing a ‘good job’ in meeting the current Massachusetts right-to-repair requirements,” said Aaron Lowe, senior vice president, government and regulatory affairs, for the Auto Care Association, who testified on behalf of the association and CARE. “However, new requirements will be taking effect for MY 2018 that will mandate vehicle manufacturers make all of their diagnostic and repair software available from the cloud and interface with the vehicle using a device meeting industry J2534 or ISO 22900 industry standards.”

In late January, both groups sent letters to the automakers asking whether they would be in compliance with MY 2018 requirements. Lowe testified that the association only received 10 positive responses to the letter.

“I want to be clear that while we are not implying that the eight remaining companies are not in compliance, with the model introductions a month away, we are concerned by their lack of response despite our multiple attempts to reach them,” said Lowe.

No Response from Tesla

The Auto Care Association and CARE testimony also pointed out that the two groups had not received a response from Tesla.

“While we have a lot of respect for the technological innovations spearheaded by Tesla, I want to take this opportunity to publicly ask Tesla to take action to ensure that their customers are not forced to patronize the small number of repair facilities for repair and maintenance of their expensive vehicles,” said Lowe.

The associations highlighted the fact that late-model vehicles are transmitting large volumes of data regarding their health, performance, geolocation, mileage and safety status only to the vehicle manufacturers.

“Most car owners are unaware of the amount of vehicle data being transmitted to the vehicle manufacturer or how it might impact their repair choices,” Lowe said. “While telematics is not currently part of the right-to-repair legislation, we believe that it is critical that car manufacturers provide more transparency to their customers regarding the telematics systems on their vehicle and that they provide control to the car owners regarding how, and to whom, the data produced by their vehicle is shared.

“While not everything is perfect, the forward-thinking actions of this legislature and of the people of Massachusetts have, for the most part, led to the successful implementation of the legislation ensuring competition in the vehicle repair market. Our organizations are proud of the right-to-repair effort, and also of the level of cooperation we have received from many manufacturers.”

Advertisement
In this article:data, right to repair

Legislation: California to Phase Out New Gas-Powered Cars by 2035