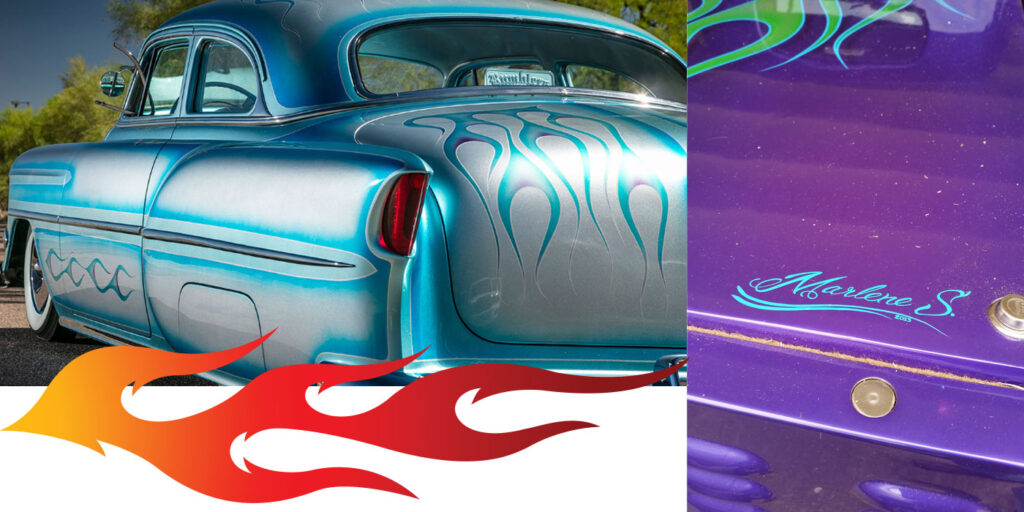 Before we get into what constitutes custom paint, I think we first need to pay respect to the father of custom paint, Jon Kosmoski. Most of you have probably heard of House of Kolor as a supplier of custom colors and products — Mr. K started the business in 1956. Let that sink in for a minute.

The year 1956 was when we developed the polio vaccine. It’s when President Eisenhower signed legislation from Congress making “In God We Trust” America’s national motto. Elvis Presley made his television debut in 1956. And I wasn’t even a glimmer in my father’s eye.

But Jon Kosmoski was getting after it in the paint shop. Remarkably, he’s still involved with the House of Kolor brand to this day. It’s possible we would never have heard of Craig Fraser, Chip Foose, Ron Finch or a truckload of other custom painters and instructors, such as Paul Stoll, Marlene Spence and Gene Fenske, had it not been for Jon Kosmoski. (My apologies to all the great painters and instructors I failed to mention).

When we see the work of the greats, we know we’re looking at custom paint work, and these days it isn’t always House of Kolor products they’re using. PPG has Vibrance, Axalta has Hot Hues, BASF has Carizzma. Even aside from those “custom” offerings, we see “candy” type mid-coats in the standard paint lines from nearly every automobile manufacturer. It could be argued that yesteryear’s custom colors become tomorrow’s factory offerings. This is certainly true in regard to the three-stage pearls as well and the low- and no-gloss finishes. We’re even seeing some colors from the original equipment manufacturer (OEM) that are reproduced in a four-stage process by some paint manufacturers on the refinish side. I would suggest that while it’s not what first comes to mind when we think of custom paint, it could be argued that those colors are custom paint work that have been standardized.

Naturally, there are components of custom painting and collision painting that overlap, but not many. The preparation of the two will be similar but likely not identical, due to the fact that much custom paint work starts with custom metal work — which means bare metal. Think shaved door handles or louvers.

While the collision side of painting entails dealing properly with bare metal, it’s not common for us to strip panels to bare metal on a collision repair. Another similarity will be when two-toning a collision repair; color is applied, dried, masked, and then a second color is applied, unmasked and clearcoated. In this scenario, we often see the junction of the colors hidden with a side molding or a tape stripe. In that regard, it’s more forgiving than custom paint, where the intersections of color may be a part of the focal point.

Additionally, while uncommon to have multiple colors on a collision repair, the custom painter may have more time invested in masking and remasking than any other part of the project. A not-so-obvious difference to the casual observer is film build. As we’ve said before, all paint manufacturers have film build limits. OEM repair procedures may also dictate film build limits, particularly over sensors. On the custom side of painting, I do not believe there is any film build consideration at all. I’ve never heard a custom painter say they “wanted to do eight coats of clear but could only apply two coats due to film build.” It’s simply not a debate when you’re applying 10 different colors prior to clearcoating.

Painting Your Own Picture

Likely, you paint your own picture in your mind when defining the phrase “custom paint”. Multiple colors, airbrushed scenes, flames and fire certainly all fall under the description of custom paint, but really, I’d submit that any paint work that does not emulate a factory offering could be considered custom. Unfortunately, that includes the cobbled mix of leftover paint, thereby creating a custom color.

As fate would have it, we don’t see many, if any, vehicles requiring true custom paint work come in on the tow truck at the average body shop. That doesn’t mean the average painter doesn’t run into situations where he or she must get creative in order to get a job over the finish line. However, the challenge to the average body shop painter doesn’t require raw artistic talent or an art major but generally does require a good color eye and the knowledge of how color can be adjusted — which isn’t as easy as a good painter can make it look. That being said, I find a disproportionate number of painters who think they “gots what it takes” to do custom work.

Reminds me of something my father said to me when I was a pup: “All it takes to do custom paint work is a little imagination and the guts to do it.” I was 14 at the time and, thinking back, I suspect Dad was just trying to be encouraging to me in my efforts to lay down some airbrush art. But I must decline to acquiesce with Dad’s sentiment because, like you, I’ve seen custom work and I’ve seen “custom work.” I know the difference and know it takes more than a little imagination.

Beauty and the Beholder

I worked alongside a Vietnamese painter for a number of years in a “high-end major-leagues” collision repair shop. His productivity was legendary in our substantial neck of the woods, which led to top-tier compensation. He had emigrated from the Old Country decades ago and had grown quite accustomed to “American abundance.” He drove a late-model Mercedes-Benz convertible. Not satisfied with the factory offering as purchased, he customized it and epoxied a dragon onto the hood — Year of the Dragon, I suppose. In any event, he had successfully customized his Benz.

I relate this true story to you to reinforce the truth that beauty is indeed in the eye of the beholder. Having said that, I think it’s safe to presume that we can universally distinguish between a Mad Max rat-rod, a custom car and Granddad’s hand-painted truck — in spite of the fact that all these are considered custom by someone. 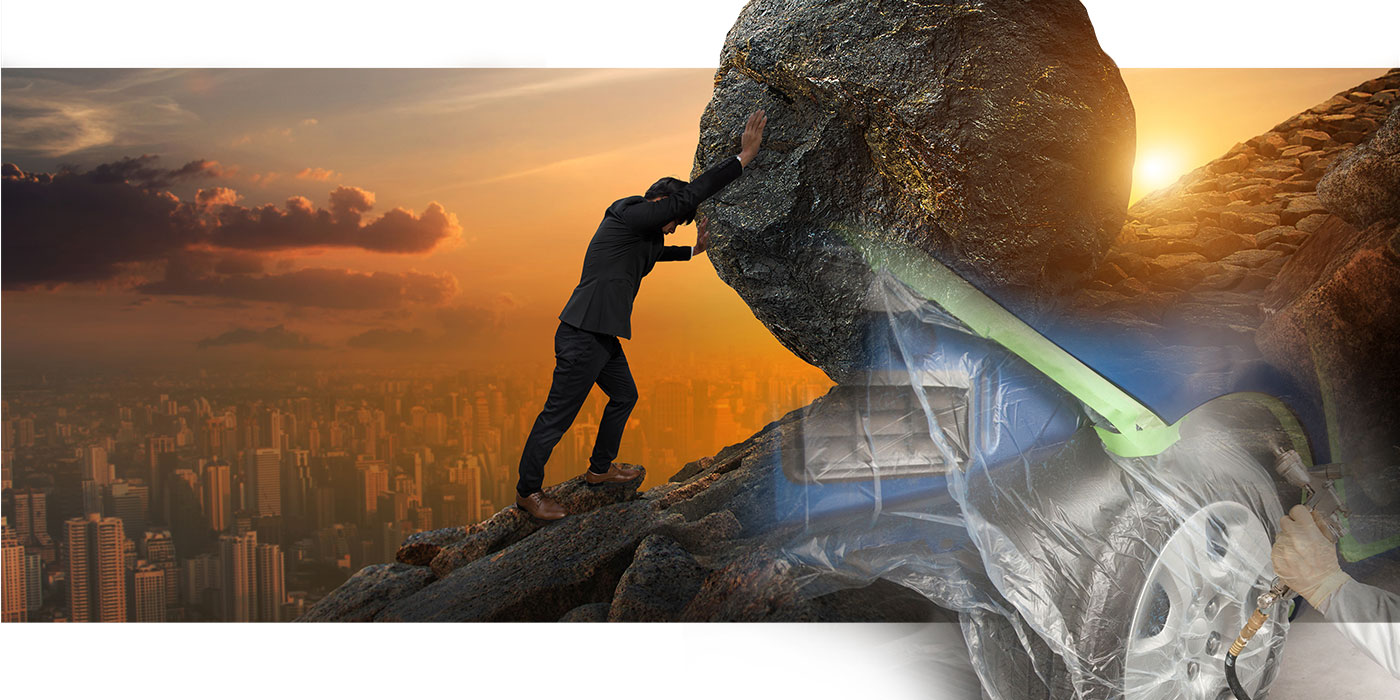 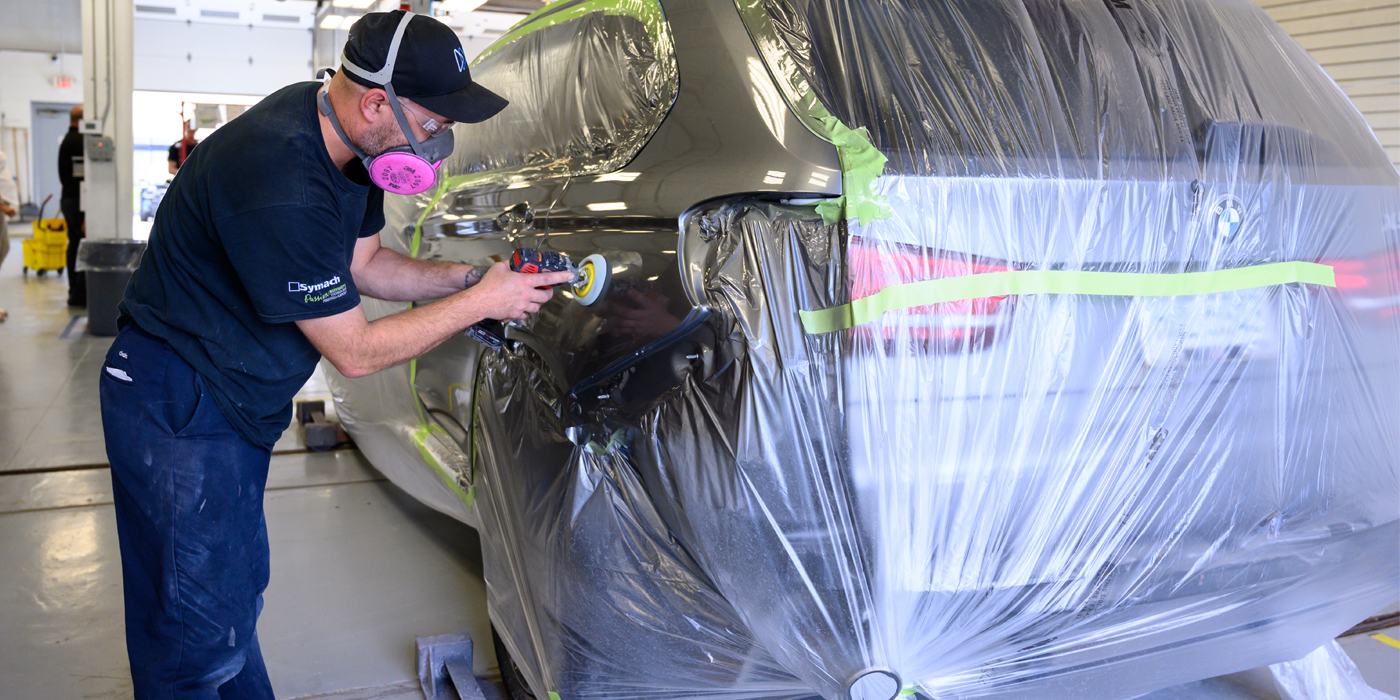 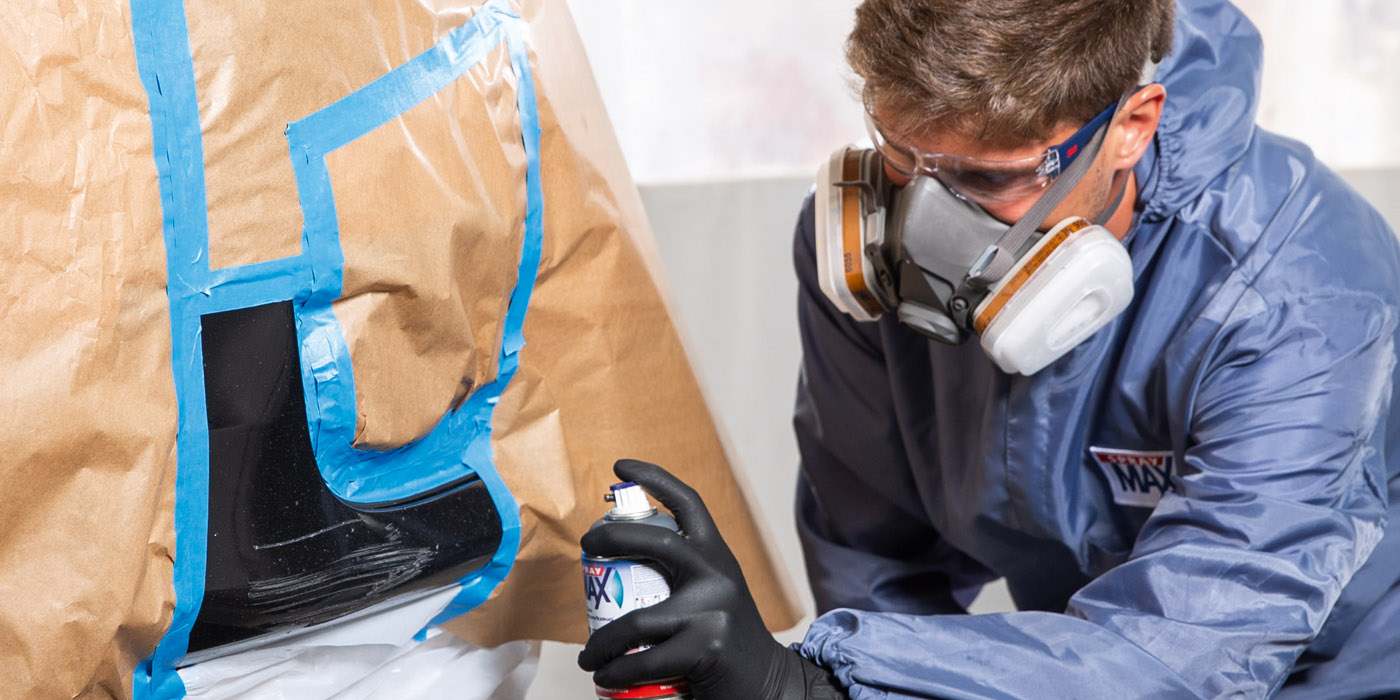 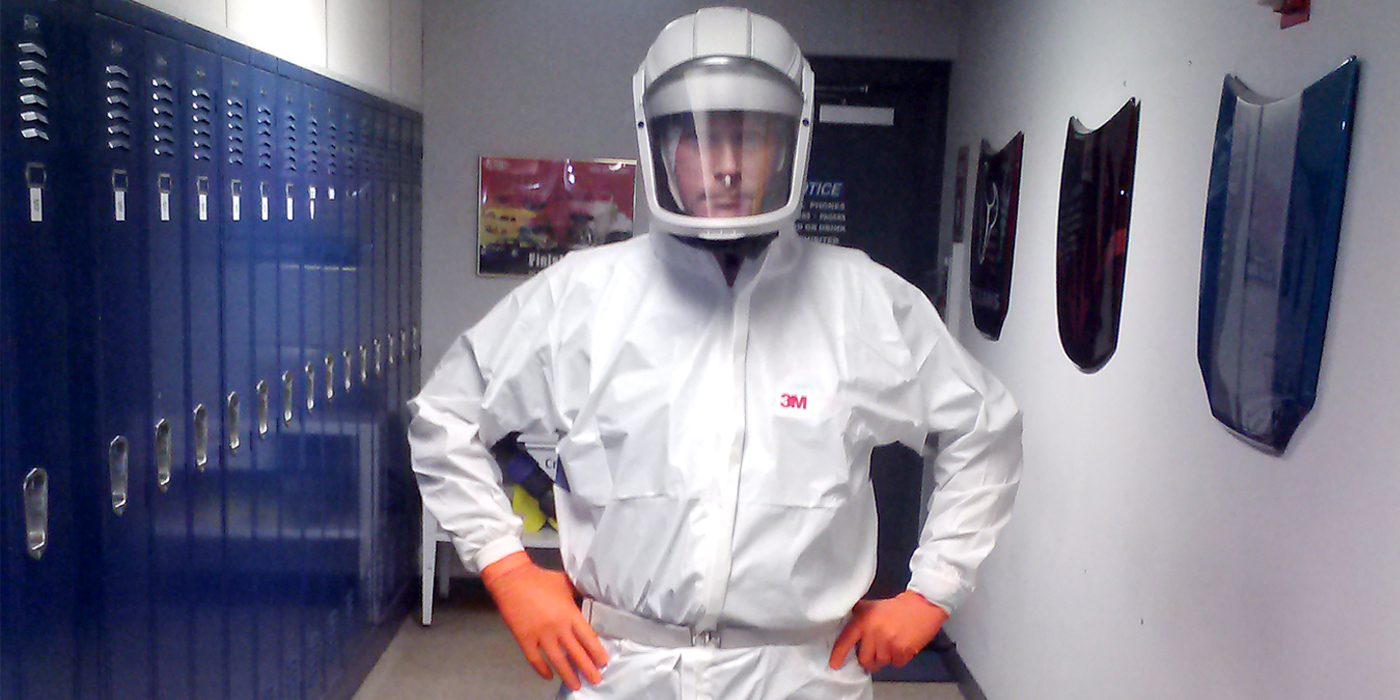 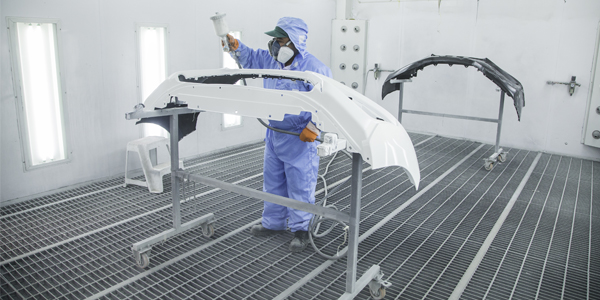 This article is the last in a five-part series focused on how collision centers can benefit by working more closely with their PBE distributor to meet the demands of consumers and insurers. And, how distributors will benefit by more effectively responding to the needs of their collision customers. 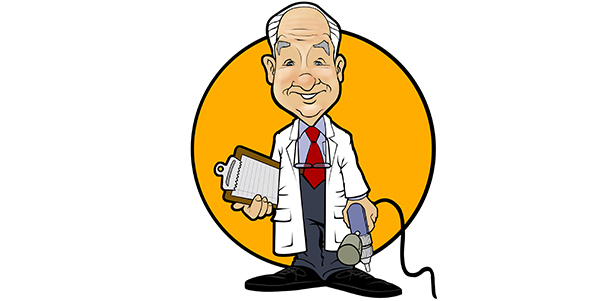 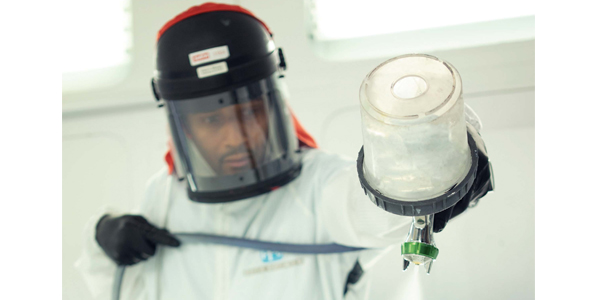 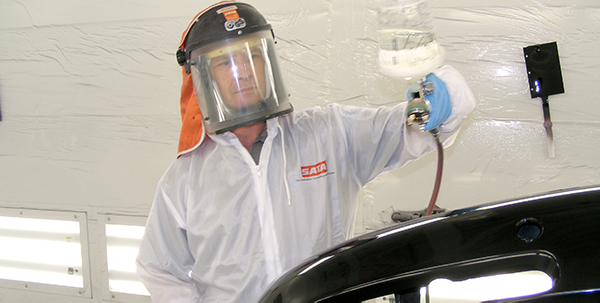 The podcast featured Michael Giarrizzo and Graham Threlfall discussing how body shops will need to operate in the future to survive. 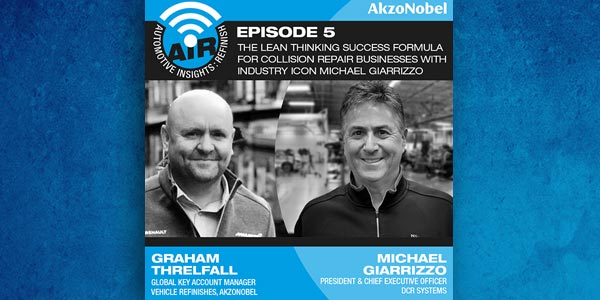 The SCRS has published the results of their blend study research project, concluding that blending, on average, took 31.59% more time than a full refinish. 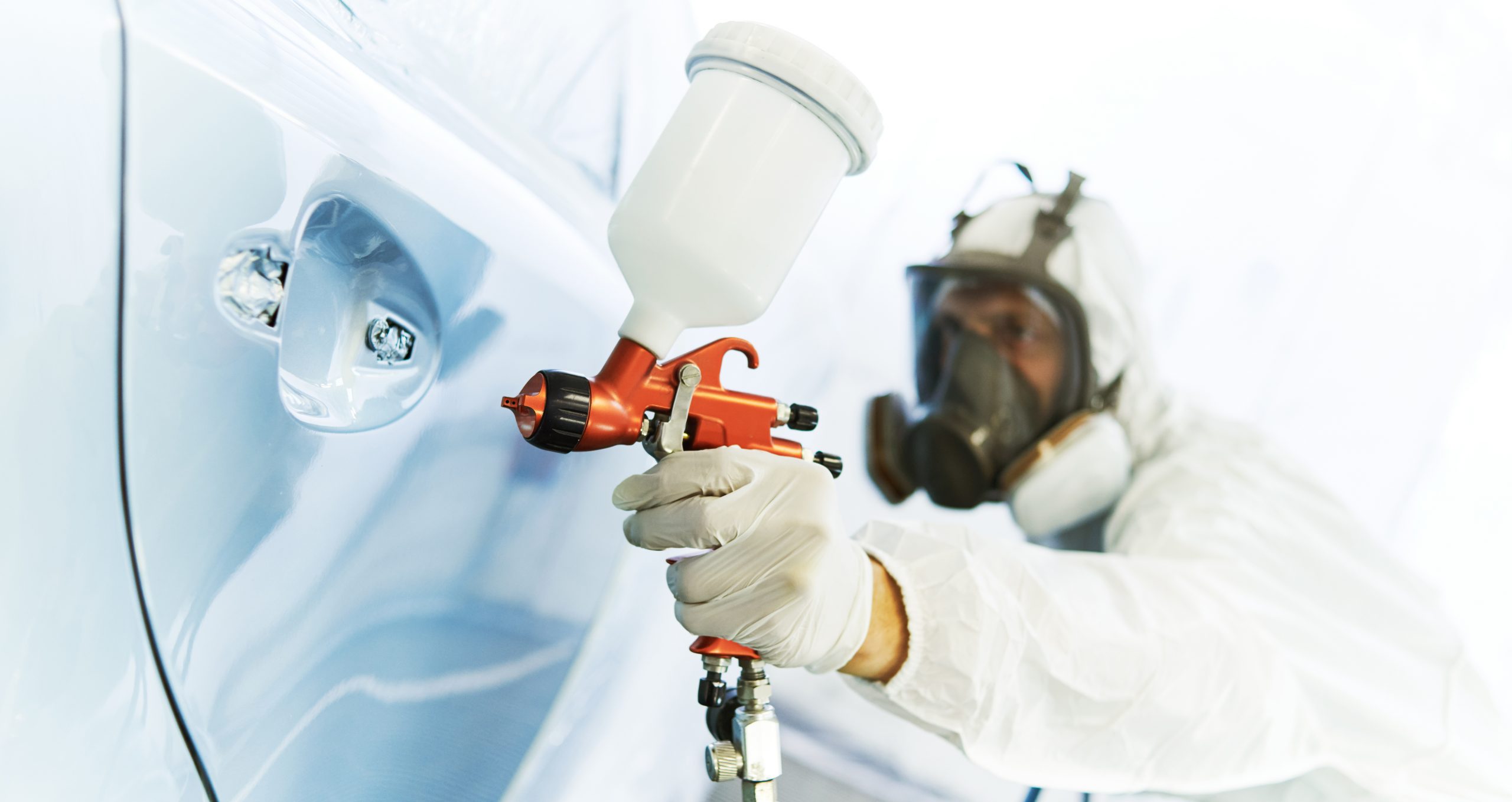 The FinishMaster Team welcomed around 250 guests from all over the country to the Hood Master and PiN Master events, which shine a spotlight on the talent, skill and creativity of auto painters and collision students. 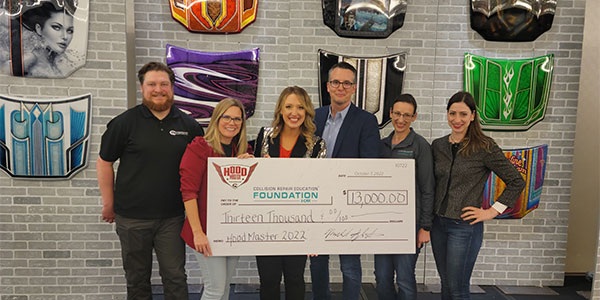 Paladin Industrial Coatings are the perfect coatings to defend, protect and enhance. 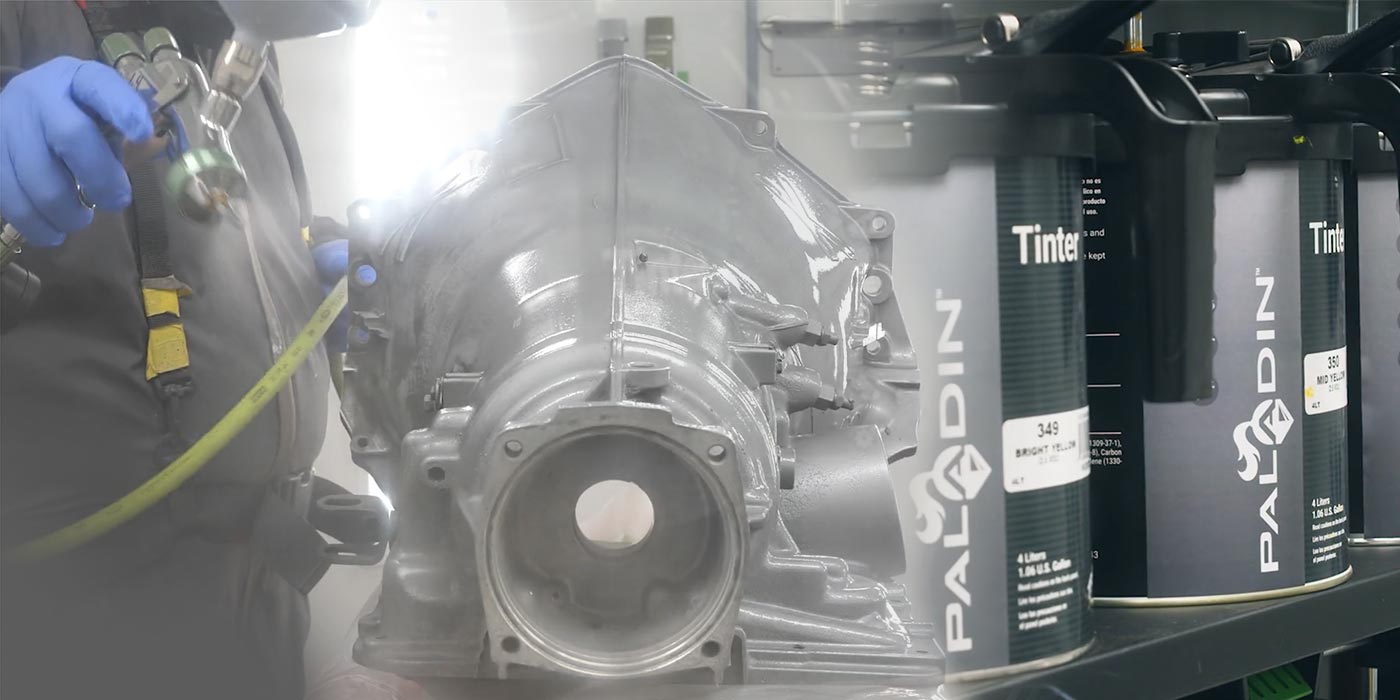