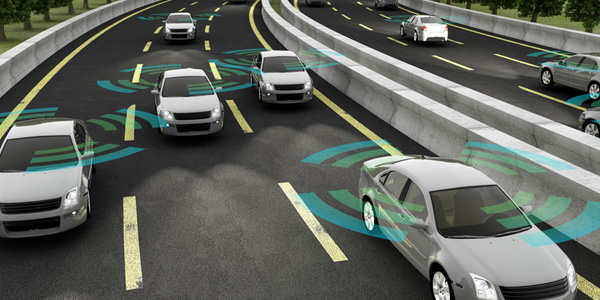 Autoliv and Volvo Car Corp. said they will work with the Santa Clara, Calif.-based artificial-intelligence firm Nvidia to develop next-generation self-driving car technologies, with a target to bring Level 4 autonomous driving to the market by 2021.

Autoliv and Volvo Car Corp. said they will work with the Santa Clara, Calif.-based artificial-intelligence firm Nvidia to develop next-generation self-driving car technologies, with a target to bring Level 4 autonomous driving to the market by 2021.

As part of the agreement, Autoliv, Volvo and Zenuity will use Nvidia’s artificial-intelligence car computing platform as the foundation for their own advanced software development, the companies said in a news release.

“We now have full access to the leading computing platform for autonomous driving,” said Jan Carlson, chairman, president and CEO of Autoliv. “Autoliv, Volvo Cars and Nvidia share the same vision for safe, autonomous driving. This cooperation will further advance our leading ADAS and autonomous driving product and solution offerings to the market.”

Autoliv, Volvo, Zenuity and Nvidia will work together to develop systems that can utilize deep learning – a form of artificial intelligence – to recognize objects in their environment, anticipate potential threats and navigate safely.

Deep-learning systems can compare real-time situational awareness with a known high-definition map, enabling them to plan a safe route and drive precisely along it, adjusting to ever-changing circumstances. They also perform other critical functions such as stitching camera inputs to create a complete surround-view of the car.

“Artificial intelligence is the essential tool for solving the incredibly demanding challenge of autonomous driving,” said Jensen Huang, chief executive of Nvidia. “We are building on our earlier collaboration with Volvo to create production-ready vehicles that will make driving safer, lead to greener cities and reduce congestion on our roads.”

The cooperation with Nvidia will complement Zenuity’s existing mission to provide Autoliv autonomous vehicle-related software to third-party OEMs using Autoliv’s established and broad sales, marketing and distribution network and to provide Volvo with self-driving software for its own vehicles, the companies said.

“This cooperation with Nvidia places Volvo, Autoliv and Zenuity at the forefront of the fast-moving market to develop next-generation autonomous driving capabilities and will speed up the development of Volvo’s own commercially available autonomous-drive cars,” said Håkan Samuelsson, president and chief executive of Volvo Cars.

Advertisement
In this article:Nvidia, technology, Volvo