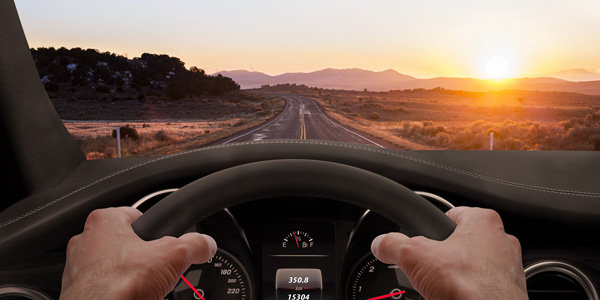 Amid all the hype about autonomous vehicles, perhaps we’ve overlooked the fact that some people enjoy driving.

Amid all the hype about autonomous vehicles, perhaps we’ve overlooked the fact that some people enjoy driving.

Freedom, privacy, digitally detoxing and the satisfaction of using your hands top the list of reasons millions of Americans will choose to continue driving and working on cars long after self-driving cars are the norm, a panel of automotive experts and attendees said during the inaugural “Why Driving Matters” town hall discussion at auction week in Arizona.

The panel was hosted by Hagerty, the world’s largest specialty insurance provider for classic vehicles. The company plans to stage additional town halls across the country this year to gauge public feelings on driving. Hagerty also has set up a “Why Driving Matters” forum.

“This question of why driving matters is really the question of our time right now,” said Hagerty. “There are millions of people who love cars but the story needs to change. What I’m seeing is the top of a lot of people’s heads walking around looking at their phones. We’ve all seen it, we’ve all done it. It’s very seldom you don’t see someone not connected to their screen.

“I think there’s going to be a backlash. I think in five to 10 years’ time … more and more people are going to see the value in seizing their attention back, and I think that’s the value of cars without a lot of electronics in them. I’m a different person when I’m behind the wheel not paying attention to my digital device.”

No Need to Panic

Panelists agreed that self-driving technology – once widely adopted – will save lives, make commutes more productive and ease congestion in cities. But that doesn’t mean people will lose interest in driving themselves.

Total autonomy outside of cities, he added, still is “way out there.”

Lutz said autonomous vehicles are analogous to horses when mass-produced cars were introduced. Horses, he said, didn’t go away; they just weren’t allowed on the road.

“The horse industry is still a gigantic industry and a wonderful hobby,” Lutz said. People-piloted cars, he noted, will follow a similar arc. “There will be a spawning of motorsports parks all over the country, just like golf courses.”

Carini emphasized the satisfaction many people feel in repairing, building and restoring vehicles. Cars, he said, are only about a century old, and public fascination with them isn’t about to fade.

“Cars are so important for all of us,” Carini said. “The automobile is in its infancy; it’s a little over 100 years. Being able to repair cars, you become part of the automobile and the industry, and it’s so cool.”

People have different reasons for loving driving, Carini noted. But for him, the best moments are driving with his autistic daughter, Kimberly, who is familiar to viewers of his show.

“It’s a way where we really don’t have to talk – she doesn’t talk much,” Carini said. “But we know that we’re there together and that’s what’s important.”