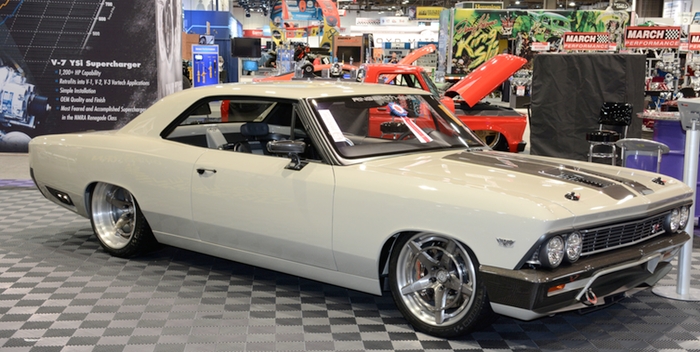 1966 “Recoil” Chevelle from the Ringbrothers, painted in a custom Sand Storm color from the Glasurit 90-Line, took home an impressive collection of honors.

BASF has announced that a number of vehicles painted with Glasurit and R-M paint were awarded industry accolades during the 2014 SEMA Show in Las Vegas.

Key honors given to show vehicles featuring BASF paint include:

“We’re very proud of these accolades for our Glasurit and R-M paint systems, as well as the recognition of the artistic skills of these dedicated designers,” said Paul Whittleston, vice president, Automotive Refinish & Industrial Coatings Solutions North America. “Congratulations to all the winners.”