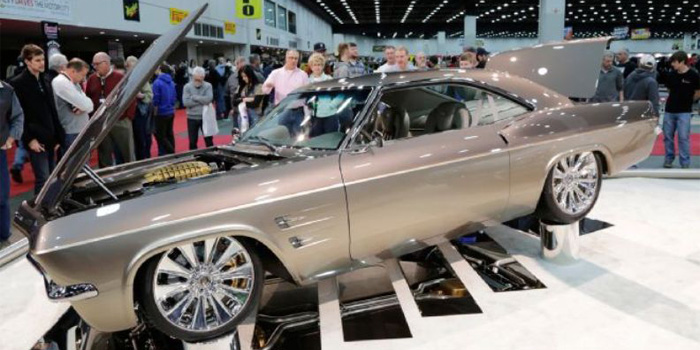 The year 2015 marks the eighth time in the past 12 years that BASF paint has been featured on the winner.

The Ridler, one of the custom car industry’s most prestigious awards, was presented to car owners Don and Elma Voth of Canada at the recent Detroit Autorama. The car’s color, called Impostor Pearl Dark and Impostor Pearl Light, was specifically customized by Chip Foose.

Foose is known for his TV show Overhaulin’, as well as his many award-winning car designs.

“At Foose Design, we’re lucky enough to work on projects that have emotional value for our customers, and that means a lot to us,” said Foose. “BASF offers intelligent solutions based on innovative products and tailor-made services that help convey these emotions and also take my projects to the Ridler Awards, magazine covers and television.”

The Ridler Award was established in 1964 to honor the memory of Don Ridler, who started promoting Detroit’s Autorama in the 1950s, and is given to the best new creations. Cars must make their public debut at the show in order to be eligible.