Blockchain in Your Auto Body Shop 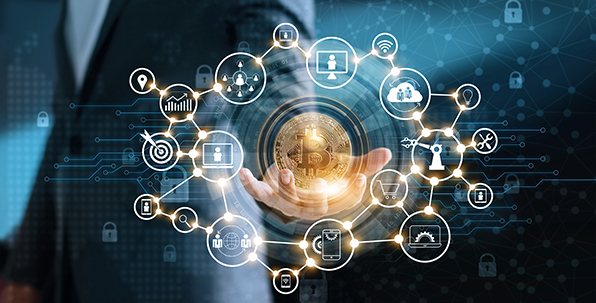 Blockchain is a word you’re going to hear a lot in the coming months and years. I put off covering it in my column until I felt the time was right, and that time is now.

It recently came up in a Collision Industry Electronic Commerce Association webinar I attended. The term is being used in a way that assumes we all know what it means. But we don’t…at least not yet.

Blockchain is about transactions. It is going to profoundly revolutionize how the exchange of virtually everything is handled. It will, in most cases, increase trust and efficiency and decrease costs in those transactions. It is here and now, being further developed, tested and utilized by some of the finest minds and forward-thinking companies in the world.

Here’s a primer on what blockchain is and how it will impact you and your business.

Think of a ledger. A ledger records transactions. Money in, money out. Assets held, assets lost or depreciated. Ledgers have been around for centuries in one form or another, from tally marks on cave walls and boulders to paper and then electronic formats. The information can be changed by whoever has access to it. This requires a central place for the transactions to be “stored” and a central authority with guidelines to follow.

Data is shared in “blocks” in a blockchain rather than columns and rows in an Excel spreadsheet. This method of keeping a ledger on a block is called a distributed ledger. It is spread out in linked blocks of data, thus the term “chain,” and access is shared between peers in a particular network, with each having access to a copy of the entire ledger for what they want to track between each other. Blockchain is the system or process for recording transactions and assets in a business network, both tangible transactions – like cash, cars and real estate – and intangible such as patents, trademarks, copyrights and intellectual property. Given the number of financial transactions made by insurers, you can be assured that they are already utilizing and testing blockchain (hint: subrogation).

There are many different types of blockchains, from public to permissioned to private. Each type utilizes cryptography, which allows users to securely manage a ledger without that aforementioned central authority setting rules and having control. This is considered one of the most key and powerful aspects of blockchain. Only a finite set of users have the “keys” to get into their own block or chain of blocks. Thanks to blockchain, the days of hacking massive databases of personal information, credit card numbers, usernames and passwords will someday mostly be a thing of the past.

You’ve most likely heard of Bitcoin. Perhaps some of you have invested in it. Bitcoin is what is known as a cryptocurrency, or “electronic cash” without a central bank or administrator. It can be sent from one user to another on what is known as a peer-to-peer network, partitioning that transaction just between two parties, a public-type blockchain. Without a centralized server or other entities involved, the chance for financial and identity theft is lessened. Bitcoin is probably the most-known use of the blockchain you may have heard of, but there is so much more.

What Will This Mean for You?

So what will this mean for you, the business owner or manager? Here are some anticipated uses:

Receive and make payments quicker. No need for reconciling invoices; payments can be sent and received almost instantly. For example, closing out a ticket and using blockchain to communicate with the insurance company. They receive it and can make the payment that day.

File sharing. Parties share access to a document that will be the same for everyone to see, negating the need for the standard back and forth, thus saving time. An audit trail shows the progression in real time of editing, comments, etc. Contracts and invoices can be handled in this manner, among countless other things.

Background checks. Candidate employment and education/training records can be verified against what is on a resume or on LinkedIn.

Silver cloud with a dark lining. Another hint: it’s just as important who isn’t allowed to have the keys to a particular blockchain as who is. That’s going to be important for our industry, and your eyes need to be wide open.

There’s so much more, but this should get your brain started and help prepare you for what’s to come. Stay tuned…