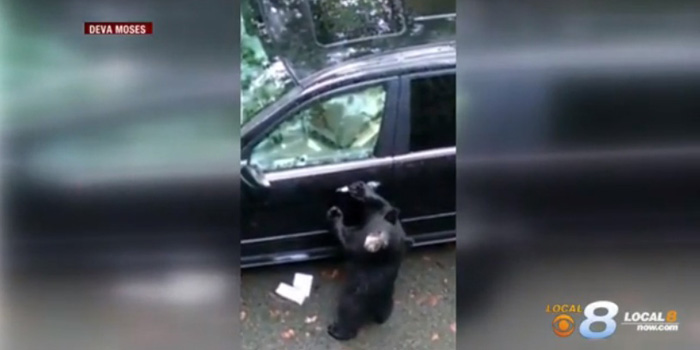 Most of the cars the shop fixes are involved in collisions. But a car was brought to Randy’s on the morning of Sept. 30th after a bear made its way inside and caused an estimated $11,000 in damage.

The owner, WVLT reported, caught the whole ordeal on camera.

Randy’s Customs owner Skyler Wolfe told WLVT that they usually only see about two to three bear cases a year. But this year, he says they’ve already seen around six.

Click here to read the full story and to view the raw video footage.