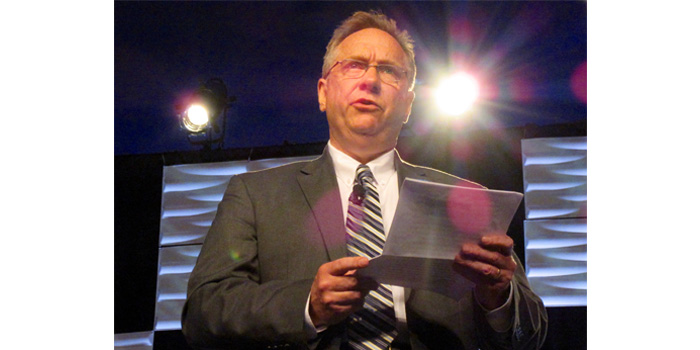 BodyShop Business Publisher Scott Shriber presents the Executives of the Year awards at the Opening General Session at NACE | CARS.

To nominate for the 2016 Executive of the Year contest, click HERE.

Scott Shriber, publisher of BodyShop Business, presented Val Fichera, president of Collision Care Auto Body Centers in Philadelphia, with the 2015 Multi-Shop Executive of the Year award, and Gerald Wicklund, owner/president of CARSTAR Wicklund’s Collision Center, with the 2015 Single-Shop Executive of the Year award during the Opening General Session at NACE | CARS.

At the tender age of 43, Fichera has already led Collision Care Auto Body Centers to being in the top 20 MSOs in the nation with more than $20 million in annual sales.

“I don’t know of any other executive, even outside his industry, who has accomplished and created as much as he has at 43, in the harshest of business environments,” says Collision Care Vice President of Sales Lou Berman. “Val has created, bought and sold other businesses as well and could have made a nice living doing other things besides working in the collision repair industry, but his heart was always here.”

While in grade school, when other kids were out playing after school, Fichera was working in his family’s shop, which was started by his grandparents, Mario and Sarah DeNardo, who came to America from Italy to pursue their dreams.

Fichera believes in giving back to his community, too, having donated refurbished vehicles to the Louie’s Voice charity for autism. He also had his head shaved for the St. Baldrick’s Cancer Foundation. Many times, he has hired people off the street who desperately needed a job to give them a second chance.

“Val is all about opportunity, realizing more than anyone that, had he not had his, that he likely would still be successful, but that his heart to this day wouldn’t be as appreciative for the chance he got,” says Berman. 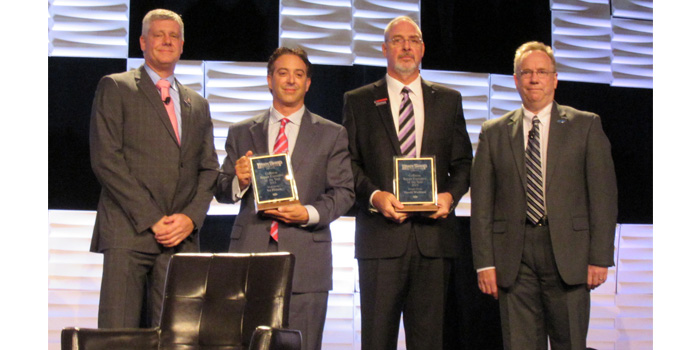 Wicklund started in the family business when he was 12. By the time he was 18, he was working in the shop as a painter’s helper and doing small body repairs. In 1980, he became the head painter, then became an estimator in 1986. He took over as general manager in 2000, then formally became owner in 2012.

Wicklund has always kept his shop on the cutting edge, and will soon become the first shop in his area to earn an aluminum repair certification. His shop is also certified for Mopar, Ford, GM and Honda.

Some of the awards Wicklund has earned over the years include: 2013 CARSTAR Marketing Award; 1994 and 2013 Liberty SERTOMA (Service to Mankind) Award; and Best of the Northland for the past seven years.

Wicklund has also dedicated his career to giving back to the industry, serving as a SkillsUSA judge from 2008-2012, CARSTAR Advisory Board member, and other positions. He also hosts firefighter extrication classes and military appreciation events at his shop.

To nominate for the 2016 Executive of the Year contest, click HERE.