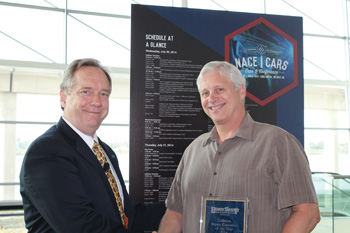 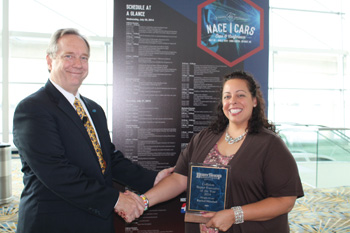 The award has been given out by BodyShop Business since 1984 to a true collision repair visionary who has experienced great success by being forward-thinking, overcoming challenges and persevering.

This is the first year BodyShop Business handed out two awards recognizing both single-shop and multi-shop owners and managers.

Griffin’s collision career spans over 40 years. He now leads a two-store operation in South Euclid, Ohio, that’s described as a “thriving family business that provides an extraordinary experience for customers and a rewarding work environment for employees.”

“What is truly unique is the customer-centered focus Tom instills in every one of his employees. He will often ask, ‘How is that relevant to our customer?’ and constantly challenges us not to ‘chest pound’ but to honestly evaluate everything we do from the customer’s point of view,” says an employee.

Griffin is also known for helping young people find their way in the industry and championing women in the industry, hiring and nurturing many female employees in his company.

Outside of his business, Griffin has served as past president of Coyote Vision Group and president of the Automotive Service Association Greater Cleveland Chapter. He also sits on the board of the Solon Chamber of Commerce. Mayfield Collision Centers is also the only body shop to participate in GuitarMania, a Greater Cleveland community public art project that has raised $2 million for United Way and the Rock and Roll Hall of Fame and Museum’s education programs.

Minshall has been in the auto body business for 21 years, starting as a mechanic in 1996 in the Ford Asset program. An injury ended her career as a mechanic after only two years, but she persevered, switched directions and became the first female service advisor at Soerens. That was the moment she realized what she was born to do: help people by getting their vehicles fixed right the first time.

In 2006, another opportunity arose, this time to grow the body shop, so she became the first female body shop manager at Soerens. Right away, she started updating all the training and certifications at the shop. Within the first year of taking over the shop, she and all the technicians became I-CAR Platinum and the shop became I-CAR Gold.

“What makes Rachel different is that she is kind and fair to technicians and customers,” says an employee. “She goes above and beyond to help the customer’s every need, such as staying late to write an estimate or going to the customer to write the estimates if needed. She states at least 20 times a day, ‘Whatever is easier for you,’ and she goes to the extreme to help people.”