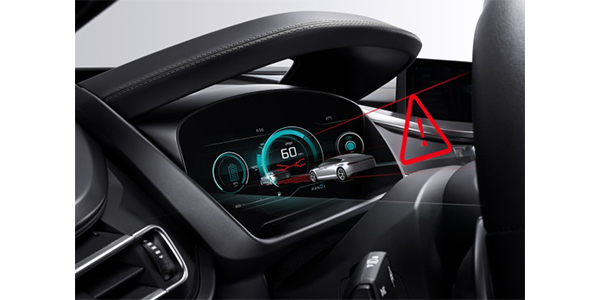 Bosch announced it is responding to the trend of bigger, more visually attractive digital displays in vehicle cockpits with its new 3-D-display products.

Bosch announced it is responding to the trend of bigger, more visually attractive digital displays in vehicle cockpits with its new 3-D-display products.

In the cockpits of the future, digital displays will play a key role in the interaction between drivers and their vehicles, according to the company. Bosch’s products use passive 3-D technology to generate a realistic three-dimensional effect that allows visual information to be grasped faster than when displayed on conventional screens.

Global Market Insights predicts that the global market for vehicle displays will double from $15 billion to $30 billion by 2025.

“The display’s depth of field means drivers can grasp important visual information faster, whether from an assistance system or a traffic-jam alert,” said Berns. “Alerts that seem to jump out of the display are much more obvious and urgent.”

When parking, moreover, the rearview camera image is more realistic, allowing obstacles to be detected earlier. And drivers can get an even better idea of how much space they have left between the rear fender and, say, a parking garage wall. When navigating street canyons, this 3-D effect also plays a decisive role, as the spatial depth of the map display makes it immediately clear which building marks the next turn.

For its new display, Bosch makes use of a passive 3-D technology, which works completely without additional features such as eye-tracking or 3D glasses, the company noted.

Especially when the drivers of the future let their autopilot do the driving, the human-machine interface will be crucial for the interaction between the car and its driver.

Advertisement
In this article:Bosch, electronics