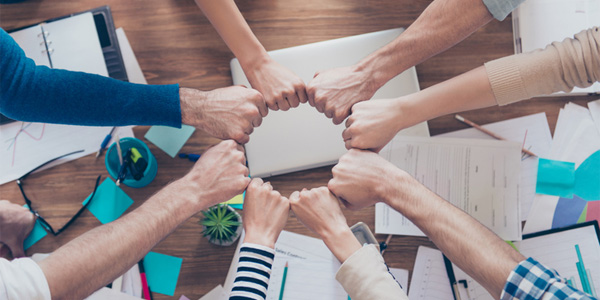 It has been my experience that most of the employees in any business are willing to help their company succeed if they’re included in the process. The “plan” needs to be shared – and understood – by the people who will implement it.

It has been my experience that most of the employees in any business are willing to help their company succeed if they’re included in the process. I don’t mean that business decisions need to be made by committee. I do mean that the “plan” needs to be shared – and understood – by the people who will implement it.

I’ve made the acquaintance of hundreds of small business owners in our collision repair industry over the past 48 years, and I’ve found that the most successful folks have numerical goals and share both why they’re important and how they’re measured with their employees.

A Game of Cricket

Many years ago, I heard a speaker explain this common business communication problem by comparing business math to the British game of cricket. Cricket games can take several days to complete, and the rules appear to me to be completely unclear and their descriptive terms baffling unless you’re born playing the game. It’s hard to root for the home team if you don’t know a good cricket play from a bad one. It’s the same way in business – if your job is to paint cars or sell sandpaper, you know a good result from a bad one but don’t magically know if either one made money for the company. If the company doesn’t make money, no one has a job for long.

You see it in your own hometown – the big thermometer on the United Way billboard or the weekly e-blast from the local church fundraiser. Those things share their specific goal with those who can help reach it. “We’re just umpty-ump dollars from our monthly goal, can you help us get there?” Look in most every car dealership’s back room for posted graphs of the cars sold by salesperson or the deals closed by F&I for the week or the month. But before your business hangs your specific goals on the wall (and I don’t mean “sell more” but “sell 5.5 percent more,” not “save money” but “save $2,350 this period”), someone has to explain to the whole team why those goals are important, how they’re measured and what a good answer looks like.

The best owners I know have this process down pat. Not all of them like to talk in front of any group, including their employees, so they communicate their whole plan in writing. Whether by printed newsletters, internal emails, Twitter, group texts or carrier pigeons, they keep their employees in the loop on the process and the progress. Not to say there aren’t successful body shop owners or PBE jobbers that are impressively profitable and have never shared a single number or business goal with anyone other than their mirror. But I can testify that for every one of those folks I know, I know 10 successful business principals who do communicate their measurable goals with all their employees who can help accomplish them.

Paint and materials is a popular place to try and save body shop costs. From the big discounts the jobber provides to the big checks the paint company writes, most shops spend at least some time poking at this number. I contend that P&M sales as a percentage of the RO (before tax) is commonly around 10 percent. I see some DRP programs sticking hard to their less-than-10-percent goal and their resulting maximum dollar caps, so I contend 10 percent of sales is about right.

So all this is the pre-work before we set a P&M goal. The whole shop, not just the painters, needs to understand that every dollar the shop spends on paint and materials is a dollar they don’t have to pay taxes or wages or buy new equipment. Repairing the customer vehicle correctly the first time must be the shop’s primary goal – because before you save more money on paint and materials, we need to make sure that the shop delivers a safe and attractive repair. Once we’ve burned up just enough tinting colors, solvents, catalysts, sandpaper, body filler and seam sealer to do the job right, the excess is unprofitable waste. That seems clear enough, right? So hopefully we’ve established why managing this particular number is important to the shop’s ongoing success. It’s often the biggest single check the shop writes; even though parts and labor are six times the actual P&M dollar cost, they’re split into many individual checks.

How is this number measured? I always use a 90-day average for any body shop math; one month in this business isn’t enough to smooth out the peaks and valleys. The items your shop includes in your paint and materials bucket aren’t that important to me, but I can say most shops put too much of their purchases from their jobber into this category. But as long as you put the same items in the bucket for three months running, we can still set a numerical goal.

“Numerical goal, numerical goal, give it a rest!” I can hear some of you saying. It’s a matter of specific, named, accurately tracked financial data. And while it’s dull as dirt to most people (worse than cricket), these numerical values determine any business’s success.

So should total paint and material purchases divided by total sales dollars for the month be five, six, seven or eight percent? In part, it depends on what’s in the P&M bucket and also depends on how many hours of refinish time the shop flags. All this underlying math should be made clear to the shop’s employees; possibly set a benchmark goal that less than seven percent of sales be spent on P&M (10% $ sold – 30% gross profit = 7% P&M $ cost).

Having been part of this exact process, I can tell you that many times the following thing will likely happen – an idea that will make a huge difference in reaching the posted P&M goal. First, the Hawthorne Effect will kick in once this process begins. A long-ago study of workplace reaction to visible supervision, what this means is that if employees know someone is watching them, they’ll do better. So the minute the shop starts to measure P&M costs, everyone becomes more conscious of their own usage.

My best idea to achieve this popular goal of spending less on paint and materials (while still delivering a quality repair) is to share the savings with the technicians. Imagine that the 90-day average at XYZ Collision next quarter beats the 6.99-percent goal with a 6.15-percent result. The shop planned to spend $9,205 per month, but they only spent $8,099. I say split the savings of $1,106; the shop keeps half, and the techs split the other $533. It works great!

Pick a goal that you can put a specific number to, explain why it matters to the company, inform everyone who can help about how the number is calculated and post the numerical goal on the wall and record the progress toward reaching it where all the players can see it. And, if possible, cut the employees in on the savings from their careful husbandry and economy of all the paint and material items. January 2019 would be a great time to begin!

Share Your Business Goals with Employees, and They Will Help You Succeed

Employee Care: Beating the Heat
Connect with us