By BodyShop Business Staff Writers
May 14, 2010

Earlier this month, California Congresswoman Jackie Speier launched her exploration of the structural differences between certain vehicle safety parts by, the Collision Repair Association of California (CRA) claims, "sawing through" an aftermarket reinforcement bar in her San Mateo district office. The CRA claims the reciprocating saw she used "didn’t dent" the bar from the vehicle manufacturer.

Speier conducted the test with the help of CRA President Lee Amaradio and CRA Executive Director Allen Wood. CRA has also held this demonstration for local TV stations and the California Department of Insurance in recent months.

Speier, author of California’s anti-steering law, stated, “I’m concerned that vehicle owners who’ve been in an accident are unaware that replacing a reinforcement bar with one not designed by the manufacturer may compromise the safety of vehicle occupants in a subsequent collision. Airbag deployment can be thrown off by a reinforcement bar that doesn’t absorb shock in the way intended by the vehicle manufacturer.”

Amaradio added, “Congresswoman Speier has always taken time to hear our industry’s concerns. The issue of aftermarket safety parts is of national importance. Hundreds of thousands of vehicle owners are driving around in repaired cars that won’t withstand a collision the way the manufacturer intended.”

Speier said that the use of vehicle safety aftermarket parts has been pushed by certain insurers that she believes want to save money without regard for passenger safety.

“I am opposed to reengineering a vehicle through the claims process,” she said. “Parts such as reinforcement bars that affect the vehicle safety restraint system should not be replaced by parts of inferior quality.”

She said she would be contacting the appropriate regulators to determine what is being done to inform consumers about the installation of aftermarket safety parts. She said she was also concerned about reports that many inferior aftermarket parts are made overseas and shipped to the United States without adequate manufacturer information stamped on the parts, as required by California law.

“My first step will be to assess how well California and federal laws covering vehicle repair, including insurance benefits for collision work, are being enforced,” said Speier. “Additionally, I want to determine the extent to which unsafe parts made overseas are finding their way into shops in this country.”


Speier invites interested parties to contact her district director, Richard Steffen, at (650) 342-0300 or [email protected] if they wish to share information on the prevalence of unsafe vehicle parts in the collision repair business. 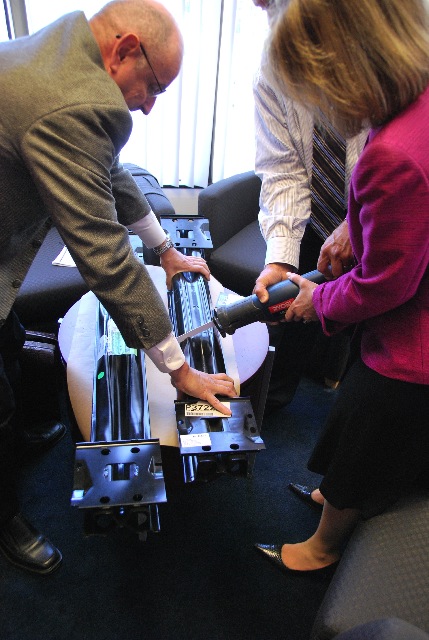