Four prominent multi-shop operators discuss how they have financed their growth and the lessons they have learned along the way. 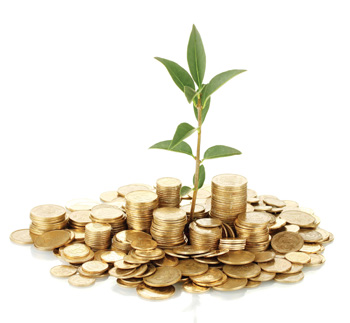 Ron Nagy has a big, marked-up whiteboard in his office at Nagy’s Collision Specialists in Akron, Ohio, on which he constantly writes his thoughts, plans and ideas. In the corner of that whiteboard is his favorite saying: “The difference between success and failure is what you do with fear.”

“I’ve seen fear paralyze people, and I’ve seen what my brother and I do with it, and that’s succeed,” he says.

Nagy is talking about the growth of his family’s collision shop, which his father, an old tool and die maker, started 41 years ago repairing cars next to the house.

“Little did he know what we would do with the business when we took it over,” Nagy says.

The Nagy brothers first expanded into the Wooster market, financing a $500,000 piece of property through the bank. (Back then, you could “go to the bank and ask,” Nagy says.) He admits there was only a skeleton of a plan for this purchase – it was a gut decision backed by pure adrenaline and a desire to grow. They would be the first independent shop in that market, then Honda sent a load of business their way, followed by a tornado that resulted in a barrage of insurance work.

“We went from zero to 100 miles per hour overnight,” Nagy says.

The expansion was financed with a down payment to secure a bank loan for property and equipment, and today Nagy admits the overall deal involved a scant amount of due diligence.

“We did 10 times more due diligence with the small shop we just acquired this year than we did with our first deal in 2005,” he says.

Now, nine locations later, the Nagys mainly finance expansion through owner financing – providing a retirement outlet for owners who are aging out of the business and seeking a buy-out. Expansion has been critical to Nagy’s sustainability over two generations.

“This profession has gotten so expensive, and there are many guys who opened their doors in the 1970s when my father did who are ready to retire,” Nagy says, adding that acquisitions today are “ripe for the picking, but you better know your numbers.”

In Nagy’s book, multi-shop operators can finance growth one of several ways: traditional bank financing, owner financing and cash. Many have tried a combination of these methods over the years, shifting toward alternative financing options. Bank financing has tightened up, and riling up cash for a 20 percent down payment is tough.

“If you put the money down tomorrow, well, it’s gone and you have to build that back up before you can buy another shop,” says Robert Walne of Herb’s Paint and Body in Dallas, Texas. The result of this is gradual growth – which also has its benefits.

Fronting the Cash
Slow and steady growth is the product of financing expansion through cash down payments of 20 percent to secure traditional bank financing.

“From a growth standpoint, we’ve had a relatively methodical strategy as opposed to opening stores quickly,” Walne says, noting that the first freestanding Herb’s in 1969 – an off-shoot of the original gas/service station founded in 1956 that Exxon bought out – expanded from that one shop to three locations by 1978. “We didn’t open another one until 1995.”

Then, the company gained enough capital to expand again in 2002, 2006 and 2011 – about every three to four years. So far, Herb’s has only relied on traditional financing to grow.
“We do a lot of demographic research, including census and market population and number of vehicles per household,” Walne says. “We do our homework before making decisions, which is why we have a more strategic, slower growth.”

Strong banking relationships nurtured over the last couple of decades have helped with securing capital for expansion, Walne says.

“The banking industry has changed quite a bit during the last five years, and loaning money is not what it once was,” he says. Still, the shop has not sought out alternative financing to acquire property.

The challenging part of cash financing is, well, saving the cash. Especially for shops on the grow, building up capital in lieu of ongoing business investment can seem like mission impossible.

“We’ve gone from $1 to $10 million in business in six years because of expansion – we are cash poor,” Nagy says. “Any time we have been able to save up cash, we spend it, and it’s all good investments, but unfortunately we don’t have enough to make a big cash purchase.”

Owner Financing
At Collision Revision in Chicago, Ill., a combination of traditional bank financing and, lately, owner financing has allowed the company to acquire shops from owners who are interested in an exit plan. In the early 1990s, Collision Revision expanded by offering managing partnerships – splitting ownership with the shop owners being acquired so they maintained a vested interest.

Then, in 2003, Collision Revision brought all of its shops (15, at the time) under a single corporate umbrella, which resulted in beneficial economies of scale for purchasing and a single point of contact for insurance companies.

Today, Collision Revision has 29 locations and has completed a number of owner financing deals that allow the previous shop owner to retire with a buy-out.

The disadvantage to this way of acquisition is that the “onesie” approach can mean slow growth. But that gives the company control when re-opening the acquired shop under its brand.

“You can give each shop the attention it needs to become a Collision Revision,” Perino says. “You’re taking over their equipment, staff and history, and sometimes the operation is not what we’re accustomed to, so they need some attention. Just because you put your name on the front of the building doesn’t mean it will be successful. It really takes effort and attention to get a shop to that point.”

The last few deals the Nagys finalized were also through owner financing. Nagy likes this method because it’s an everyone-wins approach that requires a lower down payment –
another double win.

Generally, the owner financing agreements Nagy closes involve monthly payments over the life of a 10-year buyout. In fact, this method of financing has worked out so well for the company that Nagy’s is now looking to cut deals with privately wealthy individuals who are interested in supplying financing so they can purchase equipment. They  would pay a point higher interest than a bank to get equipment loans with the ease of a phone call – rather than 30 days plus a stack of paperwork and other conditions.

Still, even though owner-financed deals conducted outside of the banking environment generally require a lower down payment, they call for just as much due diligence.

Building Strong Deals
“All of our deals were a little different,” says Joe Carubba, president of Carubba Collision Corp. in Buffalo, N.Y. The company has used a combination of owner financing, seller notes, paint company loans and cash surpluses from within the company to amass down payments for traditional bank financing.

“We always try to find a way to make the seller feel good about the deal,” Carubba says.
In two existing shop deals, the owners were provided favorable land and building money and salaries. In one case, the shop owner was granted a piece of the increased sales and profit once Carubba realized the return on investment.

Carubba’s first expansion was a move in 1999 from its original 5,000-square-foot building to a 25,000-square-foot facility. The property owner was a former dealer who had been doing business with them for some time.

“He was moving his location and we got lucky, and so we went to the bank for that financing,” he says. “We were doing $2 million in sales, so our finances weren’t really strong enough to buy a $1.5 million building and do all the build-outs, so we had to come up with quite a bit of cash out of pocket, but it has really paid off for us.”

The second Buffalo location didn’t require as much out of pocket. The investment included a build-out of an existing facility, plus equipment. Carubba worked out a deal where the owner retained the property, Carubba purchased the customer base and equipment, then paid the owner for those assets plus the lease and a handsome salary.

The company’s third location in Niagara Falls, N.Y., came about when an owner of an existing shop was struggling with the body shop side of his operation because his strength was on the mechanical side of the business. So, a deal was worked out that included a lease payment plus salary, and they acquired the business and equipment.

“We have a great partnership, and we use him for a lot of our mechanical sublets,” Carubba says.

Carubba’s partners encouraged the fourth location that was formerly an RV dealership that they ended up retrofitting.

“Some of that money came from equipment leasing through our bank,” Carubba says, adding that the banking relationship has made all the difference in the company’s expansion capabilities over the years.

So has a strong rapport with his paint company. “Paint companies are a great avenue to explore [for financing], and we have been blessed to have a great working relationship with ours,” Carubba says. “Every time we expand or take on a new location, they help us make it a little bit easier with the backing they offer, and in exchange for that, we promise to give them an exclusive on their products. It has to make sense for everyone.”

As for the future of financing growth for MSOs, while bank dollars are seemingly more challenging to procure, shops with strong banking relationships have succeeded in growth through traditional loans. Meanwhile, owners who are “aging out” of their businesses are seeking out acquisition opportunities, and owner financing provides cash flow as part of an exit plan. And, financing through paint companies can assist with the setup required to get new shops running.

No matter the form of financing to fuel growth, solid financials and a strategic plan are absolute prerequisites to expansion.

“If you don’t show a profit and you’re not showing a growth trend, it’s going to be hard to get a favorable loan,” Carubba says. “Work on paying down your liabilities and you’ll have cash reserves and assets to leverage. Make sure you’re 100 percent committed to growth because it takes a lot of work, and you have to have your existing shops running right before you look ahead to another one.”

At the same time, don’t forget to get out the whiteboard, dream and strategize, and start building.

“You must be ready to make a move infrastructure-wise,” Nagy says. “But on the other hand, have fun [with expansion], because it can make you money.”

Kristen Hampshire is a freelance writer based in Cleveland, Ohio.

Can You Afford to Expand?

Building a Team: The Ratio of We's to I's