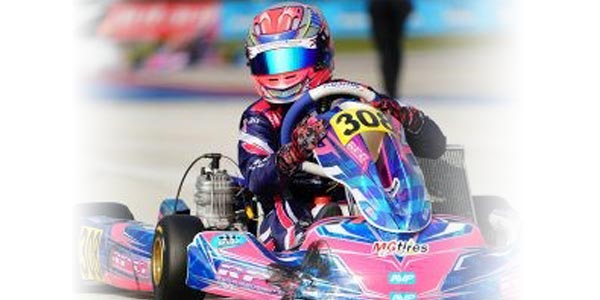 “It’s been an amazing year of racing and so exciting to bring home the championship,” said Greenemeier. “We’ve been working hard all season on improving the speed and handling of the kart, and I’ve been spending a lot of time learning these tracks, working on my conditioning and preparing for these races. Now, I’m ready to go to Vegas for the season finale.”

Greenemeier races a Kosmic kart which carries the CARSTAR brand. She and her family campaign the team out of Rolison Performance Group in Portland, Ore. Her father fills in as a mechanic for some local races. She has worked her way up the ranks through a variety of karting series, and is now exploring new opportunities with full-bodied cars and other racing series while she continues in this karting series.

Superkarts! USA is the outright leader in the shifterkart category and a dedicated supporter of TaG sprint competition, presenting both regional and national events that all lead up to the program’s crown jewel, the annual SuperNationals.