Earlier this year, CARSTAR announced the opening of its 600th store, a shocking number of shops for one organization. They stated that they were the largest network of shops in the U.S. Then, overnight, they became the only the second largest when Caliber acquired Abra and created a 1,000-shop monster.
BodyShop Business interviewed CARSTAR President Michael Macaluso on what this merger could mean for them.
Q: Were you expecting a merger of this size, and does this any way alter CARSTAR’s strategy moving forward?
A: Yes, I was expecting a big deal to happen at some point. Of course, we didn’t have intimate knowledge of the details, but I think it was not a matter of “if” but “when.” So I think this is probably the first of a few big deals that will be coming in the next 18 to 24 months to further consolidate the industry.
We remain completely dedicated and focused on our vision towards our 1,000-store goal and $2 billion in sales by 2021, but this merger  will likely accelerate those plans just because the market dynamic has certainly changed and this should provoke and really pique additional interest for more independent collision centers to be part of a network. This deal really just further cements the importance of scale within the business today.
We repair millions of cars through sister brands Meineke, Take 5 Oil Change, Maaco, etc., so we’re still the largest automotive aftermarket organization as a whole, and the ability to leverage that scale is huge. For example, in training and education, we’re able to leverage those 2,500 units across North America to build out a world-class training and education system. We’re able to offer a full suite of opportunities and partnerships that others cannot.
Q: You mentioned you feel the Abra-Caliber merger is one of a few big deals coming down the line. Do you have any specifics on other potential mergers?
A: It’s my intuition that consolidation will continue. I’m very certain that other discussions have taken place, even prior to this announcement, across the entire value chain, whether it’s on the distribution side of things or paint side of things. Wherever the case may be, the entire value chain is looking to continue to consolidate.
In the collision repair space, I really do feel that that within the next 18 to 24 months, there will be some other large deals, for example some regional MSOs being acquired by the larger players. I feel it will go down to the “Big Two” plus CARSTAR at some point. This is nowhere near the end.
Q. Did you communicate with your franchisees about the merger?
A. Yes, we communicated with our entire network after that announcement came out. We have various analytical tools that helped point us in the right direction for the right targeted growth with the right partners. As part of that algorithm in that formula we’ve developed, we have some competitive analysis, so that may shift some of our targets. Everything we do is backed by our analytics and data in our system, so if that formula adjusts some of the places that we want to be, we will certainly make that adjustment.
Q: How would a merger between CARSTAR, a franchise organization, and another auto body organization that isn’t franchise-based look?
A: I certainly don’t want to speculate about anything of that nature. Our growth plan in the CARSTAR system is focused on helping our existing franchise partners acquire more locations. So we’re building out mini-MSOs within our system – about 50 percent of our Canadian business is made up of MSOs, and 25 percent of our business in the U.S. is multi-store operators. We have plans for both of those numbers to grow. Also, we currently don’t operate in every major community across North America, particularly within our U.S. business, so there’s a tremendous amount of open territory where we want to bring in additional conversions within the system.
We’ve seen a heightened level of interest from multi-store owners across Canada and the U.S. who have north of five locations who want to join CARSTAR. As they come into the family, we can help facilitate them going from five locations to 10 locations.
The third avenue for growth is targeting the dealership segment, as they have a familiarity with the franchise-type operation. More and more we’re seeing these groups having a deeper and more broad interest in understanding the collision repair space and wanting to enhance that model. Joining CARSTAR enables them to keep their local community ownership, of course, and to scale up with our national insurance contracts and operational platform to help them run a better business.
Q. Are you targeting dealerships that have existing body shops or ones that do not, or both?
A. Yes, those dealers who have an existing body shop, we’re trying to get them to convert to CARSTAR. Those that do not, we would work to partner them with existing CARSTAR franchise partners or help them build a greenfield or brownfield location.
Q. Have CARSTAR franchisees expressed any concern to you about the Abra-Caliber merger?
A. I think most concerns are coming from shops that aren’t part of the CARSTAR network. We’ve heard very little concerns from our system more so because they’re happy we’re part of something bigger. The real concerns are coming from those independents that the time is now to look to join somebody.

CARSTAR took the time this past Veterans Day to honor those within the U.S. franchise family who have served to protect their country. 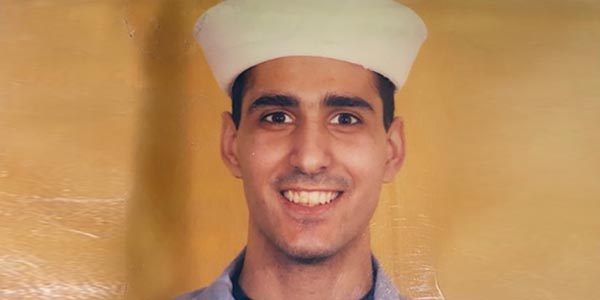