‘Cash for Clunkers’ Could Be Resurrected this Spring

Although funding for the “Cash for Clunkers” program was removed from the Economic Stimulus bill passed by Congress last week, congressional supporters have vowed to include the provision in another piece of legislation, possibly an energy bill, slated for debate this spring. The Automotive Aftermarket Industry Association (AAIA) said it...

The Connecticut Committee on Insurance and Real Estate had a public hearing this week covering three bills dealing with steering, total loss calculations and supplements, drawing testimony from the collision repair and insurance industries. Supplements S.B. 896 would reserve the right for an insurer to authorize any repair work beyond...

The Wyoming House of Representatives rejected H.B. 168, which would have increased the minimum limits on personal auto liability coverage from 25/50/20 to 50/100/25 for bodily injury or death and injury to or destruction of property, last week. The bill also would have made uninsured motorist coverage mandatory.   “This...

A panel of judges at the U.S. Court of Appeals for the Federal Circuit on Feb. 5 heard oral arguments in the appeal of a 2006 International Trade Commission (ITC) ruling that prevents aftermarket parts manufacturers from duplicating several parts on 2004, 2005, 2006 and 2007 Ford F-150 models. In...

New Hampshire S.B. 55, which would establish a commission to study “all aspects of the collision repair industry,” passed the state senate Feb. 4. The bill’s sponsor, Sen. Betsi DeVries, said the bill addresses “the lack of adequate oversight and qualified mechanics” in the industry. According to the bill, areas...

Federal oversight of the insurance industry appears to be more likely as President Barack Obama and members of Congress roll out plans to address the country’s economic woes in what experts say is the largest regulatory overhaul since the Great Depression. House Financial Services Chair Barney Frank (D-Mass) said this...

A new law that requires disclosure to consumers that they have the right to choose the repair facility to complete repairs to their motor vehicles is now in effect in Connecticut. The law, passed in June 2008 and effective Jan. 1, requires insurance companies to include the following notice on...

The New Jersey Senate is considering a bill that would allow first-party claimants to sue their insurance companies for any violation of the state’s unfair claim settlement practices without needing to prove the insurer violated the law often enough to have it considered a general business practice. Sens. Nicholas Scutari...

VIDEO: Has the Struggling Economy Impacted Your Business? 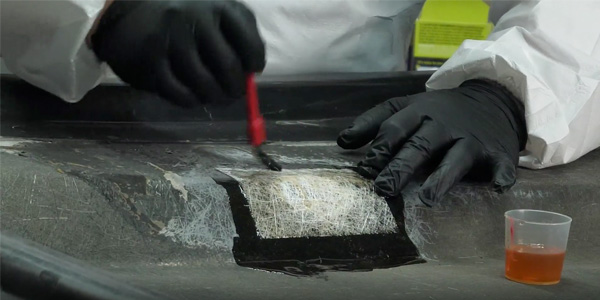