When an insurance adjuster states, “We only pay $XX per hour based on your area,” are they legally required to produce their market survey to support such a claim to their supposed fact? 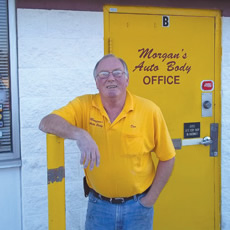 When an insurance adjuster states, "We only pay $XX per hour based on your area," are they legally required to produce their market survey to support such a claim to their supposed fact?

In theory, yes. In practice, not often. Should they? Yes. Do they? Not often.

Fair and Reasonable
State insurance regulations regarding unfair or deceptive claims handling practices typically require an insurer to pay its insured an amount that’s “fair and reasonable” for a partial loss to a vehicle. The question is always, “What constitutes ‘fair and reasonable?’”

Department of Insurance (DOI) employees seem to be perfectly content to accept insurers’ assertions that they only need to pay the lowest possible amount to have a vehicle repaired. Insurers do this by using contract rates that their DRP network shops have agreed to work for in exchange for expected volumes of work.

This thought process derives from a common insurance regulation that enables an insurer to refuse to pay for an estimate obtained by the customer that’s higher than the insurer’s self-created estimate if the insurer can direct the insured to one or more shops that will perform the repair.

Going to Court
When cases on this subject go to court, however, the judicial system is typically not as friendly to insurer interpretations as the DOI. Many courts have identified that a “fair and reasonable” amount is an amount “necessary and reasonable” to pay for the loss.

Courts are far less obliging in allowing insurers to only pay the lowest possible amount to the consumer. Instead, they say the proper amount is in a range of rates charged by various area collision repairers. One court even said that it can’t be a single rate, but must be in a range of different rates. (Wilkins v. Delross and Mason v. Ellis, Sonoma City, CA, Superior Court, Case #s SMC-09-174813 & SMC-09-175738 (Oct. 2009)

More Court Cases
Although the Wilkins/Mason decision applied only to California law, judges and juries in other states have agreed that the insurer’s “lowest common denominator” type pricing doesn’t constitute a “prevailing competitive price.” In 2003, the New York court, in Mass v. Melymont, found that the charges of 1042 Collision in Long Island at $50 per hour for body and paint and $55 per hour for mechanical and frame work were reasonable. The court noted:

“The USAA representative testified that the average per hour body repair rate offered by insurance companies and accepted by repair shops is in the range of $38 to $42 per hour. In fact, this witness stated that USAA negotiates in this range for work to be done for body work. The claims manager stated that State Farm pays $50 per hour for body repair work.” [2003 NY Slip Op 51551U, 2-3 (N.Y. Dist. Ct. 2003)]

Relying on two prior New York decisions and the evidence and exhibits submitted, the Massachusetts court held that the per hour charges of 1042 Collision were “fair and reasonable.” One of those decisions was Dorfler v. Cummings, Index No. SC 195/03 (Nassau City., NY, Dist. Ct. Jul. 18, 2003), where Judge Pardes held that, “where Allstate  refused to pay Mid Island [Collision] an amount greater than $38 per hour, the company had violated Regulation 64 (New York’s unfair and deceptive claims handling regulation.)” Finding in favor of the plaintiff and holding that Mid Island Collision’s rate of $55 per hour was reasonable, Judge Pardes further concluded:

“Allstate’s ‘take it or leave it’ posture placed the plaintiff in the position of paying the difference between Mid Island’s bill and the Allstate payment or conceding to use a shop that would accept Allstate’s labor rate. This is exactly the circumstance that Insurance Law § 2610 [New York’s anti-steering law] was designed to protect against.” (Dorfler, at 3)

Likewise, the Ohio court in Henn v. Stoneberger, Case #83-CVE-86 (Mason Municipal Court, Warren Cty., OH, Oct. 13, 1983) at 2, finding that the plaintiff was entitled to reimbursement for repairs at the rate of $28 per hour rather than the defendant’s (insurer’s) proposed $16 per hour rate as a fair and reasonable amount, stated, “[t]he Court further notes the plaintiff’s obligation to minimize his damages, as opposed to doctrine of mitigation, requires him to use reasonable care and diligence to avoid loss, but does not necessitate the use of the lowest possible labor rate in the community, as the rate is not fixed throughout.”

This was also the determination of a Connecticut judge in All Pro Collision Repair & Sales, LLC v Erhardt, Hartford, CT, Superior Court, Case # SCC-322032 (Feb. 8, 2011). Proceeding against the at-fault driver via assignment of proceeds, the shop demonstrated that its invoice reflected that it charged $68.95 per hour for body labor and paint labor; $90 per hour for mechanical labor; and $79.55 per hour for frame labor. In determining that the rates charged were fair and reasonable as opposed to Allstate’s proposed use of a flat rate of $48 per hour, the court found:

First-Party Cases
While we know that the range of rates is appropriate when a third-party claimant is seeking proper reimbursement, it also pops up in first-party cases as well. Although insurers may be able to find a repairer willing to perform a repair for less money, that doesn’t mean that the insured or the insured’s selected shop is stuck with the labor rates insurers successfully impose on other area shops.

For example, the New York appellate court in Rizzo v. Merchs. & Businessmen’s Mut. Ins. Co., 188 Misc. 2d 180, 181 (N.Y. App. Term 2001), upheld the trial court’s determination that plaintiff-insureds were entitled to have their insurer pay the amount charged by their selected repair shop based on its determination that “the ‘repairs made to the vehicle were necessary and cost thereof was reasonable.’” The court further stated the fact that “the defendant’s claims adjuster prepared an estimate at a lower labor rate and the defendant’s witnesses testified that they charged a lower labor rate than Greg & Bill’s did not preclude the plaintiffs’ recovery of what the court held to be the fair market value.” Accordingly, the Rizzo court agreed that the shop’s labor rate charges of $50 per hour were reasonable and the insurer’s estimate based on a rate of $28 per hour was not.

Additionally, the umpire in a Washington appraisal clause arbitration found that higher rates were properly payable based on the charges of the insured’s selected repair facility. The umpire noted at the outset:

“The main issue in this ease is whether the $12,352 bill is a ‘prevailing competitive price’ under the terms of the policy. The policy defines ‘prevailing competitive price’ as meaning ‘prices charged by a majority of the repair market in the area where the vehicle is to be repaired as determined by us’ (but I believe an implied term of the policy is that Safeco actions must be ‘reasonable’).” (Decker v. Safeco Insurance Co., Appraisal Clause Arbitration, Seattle, WA, Reference # 1160017034 (Dec. 11, 2007) at 1-2.)

Safeco asserted that it had determined the “prevailing competitive price” in the Seattle, Wash., area to be $46 per hour and that it had come to this result based on a “survey” of independent collision repair facilities in that area.

Decker claimed that, based on a separate survey conducted of independent repair facilities in the Seattle area, the “prevailing competitive price” was at least $53 per hour. The umpire rejected Safeco’s survey on the basis that it was flawed and inaccurate, and that Safeco offered no proof that it had independently surveyed “all of the shops in King County.” She further stated that “the fact that Safeco could bargain with some shops for a low rate does not, in my opinion, indicate or prove to me that $46 is the ‘price charged by the majority of the repair market.’” As a result, she ruled that Safeco had not made a reasonable determination in Decker’s matter and awarded damages in his favor.

One Rate Fits All
The bottom line is that the insurers’ “one rate fits all” philosophy is typically not respected or upheld by courts. The state DOIs’ personnel, however, seem content to accept insurers’ “prevailing competitive price” arguments – despite the fact that they’re almost uniformly rejected by judges and courts. Perhaps it would help if the cases that reject the “one rate fits all” or “lowest common denominator” approaches were provided to the DOIs to demonstrate that what they seem to think is perfectly acceptable just doesn’t pass muster with the people in black robes.

You might want to consider the comments of Judge Bertoli from the California decision(s) of Wilkins v. Delross and Mason v. Ellis, October 29, 2009 transcript at 13, where he states:

“Quite frankly, I have made no bones about it on the record before when I’ve heard these cases. I strongly question the intellectual honesty of the labor market survey that’s done by the insurance companies and
their methodology.”

“If State Farm chose to determine their price by reading chicken entrails and – consulting with the three witches from McBeth (sic), that’s fine. I think that’s just about as accurate as the survey itself is. I think that survey from a statistical standpoint would get a first-year college student a flunking grade.”

E. L. Eversman is the chief counsel for Vehicle Information Services, Inc., and the author of the Forbes.com “Best of the Web” award-winning blog, AutoMuse. She has served as the chair of the Cleveland Bar Association’s Unauthorized Practice of Law Committee, vice chair of that association’s International Law Section and is listed in the National Registry of Who’s Who. Eversman is a frequent speaker and author on automotive legal topics and has been quoted in such publications as The Wall Street Journal Online, USA Today, Kiplinger’s Personal Finance, Cars.com, Yahoo! News and numerous trade magazines. She was also honored as the 2006 All Auto Appraisal Industry Conference hall of fame inductee. She is recognized nationally as an authority on diminished value and collision repair issues, and she served as an industry resource for the National Conference of Commissioners on Uniform State Laws’ Uniform Certificate of Title Act drafting committee. Prior to launching the AutoMuse blog addressing automotive legal and consumer issues, Eversman wrote the legal column for the Web directory, AutoGuide.net.

Advertisement
In this article:insurer relations