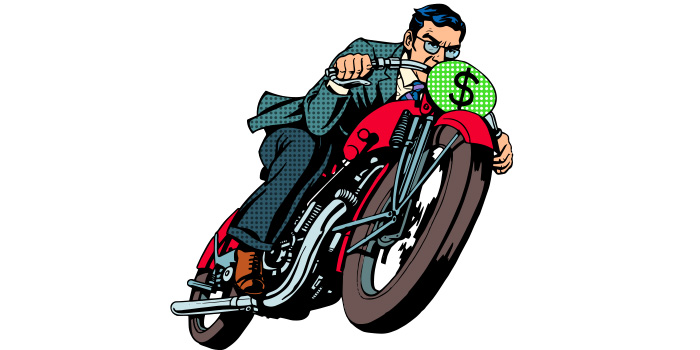 An accurate prediction of the parts required and the flat-rate labor times allowed plus the not-included and judgment-time damage are key to a smooth repair for everyone.

Whether you call them damage reports, repair appraisals, X-ray blueprints or plain-old estimates, they’re at the heart of the collision repair process. An accurate prediction of the parts required and the flat-rate labor times allowed plus the not-included and judgment-time damage are key to a smooth repair for everyone.

When I started selling paint and supplies to body shops in 1970, I wanted to understand my customers’ business. That meant learning how Mrs. Smith’s collision damage sitting in their parking lots became a written estimate, which, hopefully, turned into a repair order.

I learned to write an estimate from the paper pages in the Mitchell labor time manuals. It took me longer to locate the damage on the car, find the picture of the correct assemblies, identify the part numbers and their current prices, and add the labor times than it did for my customers, who did it every day. Several times, I practiced writing the same car while my customers did, always to find I had missed significant damage and Mrs. Smith was long gone by the time I finally finished adding (on a 10-key adding machine!), taxing and totaling my amateur efforts.

DRPs didn’t begin until the late 1980s, so most all the collision-damaged vehicles prior to that time had to be seen by an insurance company adjuster. As predicted, the DRP relationships significantly shortened the time required to begin repairs because shops didn’t have to wait for the adjusters to visit the shop and see the vehicles (and start knocking off tenths of labor time). These insurance company representatives often told my shop owners that “they could only pay the labor times listed on the page” and wouldn’t even consider adding the not-included tasks from the front of every flat-rate manual.

I’m pleased to report all these decades later that I was part of a national effort to get all the crash book publishers to include text on the bottom of every page that would “fix” that problem. We succeeded, and each page in the Mitchell manuals said either, “Procedure explanation pages must be used with the above text for an accurate damage report” or, on the bottom of the facing page, “Allowances shown are for replacement with new OEM undamaged parts on new undamaged vehicles.” As you can guess, simply having our desires in print in the crash books didn’t make much difference to the adjusters who were judged and graded on their personal claims’ severity. The battle for not-included operation times rages on.

One of the things I soon learned about estimating collision damage was the magic of a plain-old dent. The labor time manuals set a flat-rate time allowance for every remove and replace (R & R) operation and each remove and re-install operation (R & I), but there was no picture of this particular dent in Mrs. Smith’s quarter panel. It wasn’t severe enough to warrant replacing the panel; it just needed to be brought back to level and contour. How long will it take the body shop to do that? This is the rationale for 1970s insurer-required competitive bidding –  the reason insurers wanted their insureds to get three written estimates for every collision. If all three shops used the same flat-rate manual (and found all the same damage), the only difference should be the judgment time. Hiring the shop who charged the least was the insurer’s goal. In fact, a repair sheet full of judgment time labor was and is a very profitable commodity. Nothing in print says how much you can charge to fix it.

I had several semi-truck repair shops among my customers, too. Those folks were always grinning because, in those days, there were no labor time databases for most large trucks. It was all judgement time, and bucking all those aluminum rivets and pulling those side rails out paid them really well.

The best estimators did a great job of bidding to repair much of the vehicle rather than replacing damaged parts with others, either new or salvage. Today’s arguments on the merits of repairing or replacing crash parts are full of good points on both sides. In those simple days of the 1970s, convincing Mrs. Smith and her insurer that the proper repair included many hours of labor was a sure road to shop profitability.

The best closers I knew actually showed Mr. or Mrs. Smith the paper labor time manuals and pointed out exactly how the estimate process worked, explaining clearly and gladly how an assembly of components made the complete part, how many hours of labor the insurer would pay to complete each operation and the current price and part numbers. Consumer explanations work even more smoothly these days with a customer-facing computer monitor and some patient education and explanation. It’s easy to forget just how traumatic a collision is to a consumer who only has one every seven years. Anything you can do to help them first understand the claims and repair process clearly and then why your shop is the best choice to complete them is time well spent.

The halcyon days of abundant judgment times are long behind us. Today, collision repair costs are measured, documented and controlled closely and exactly. Little discretionary labor time is available. But “fix it or replace it” remains a key industry question.

I believe that several factors have helped to increase the R&R times and lessen the opportunity for profitable judgment time. For one, it generally takes a less skilled technician to replace a part than it does to invisibly repair one. For another, the gross profit on the new crash parts is a big help in the shop’s overall profitability while not penalizing the techs. Lastly, and based solely on personal experience, expensive and elaborate equipment to make a repair in money-making time is often operated by one technician. He was the one who attended the special training and flagged all those profitable judgment hours and promised to work there forever. He didn’t. I see so many clever, cool tricks and expensive pieces of repair equipment sit idle and gather dust when the one guy who knew how to use it hit the road. Most any journeyman auto body technician can hang new crash parts; the guy who knows how to run the zippy repair equipment is darn hard to replace. But the solution seems simple: train more techs to operate the special equipment!

Whatever your shop’s philosophies are about buying specific repair equipment, investing in technician training, replacing or repairing damaged parts, assessing the collision damage accurately and closing the sale, tell ‘em in no uncertain terms why your shop is their best choice. Just like we did in 1970.

Kickstart the Process with an Accurate Estimate