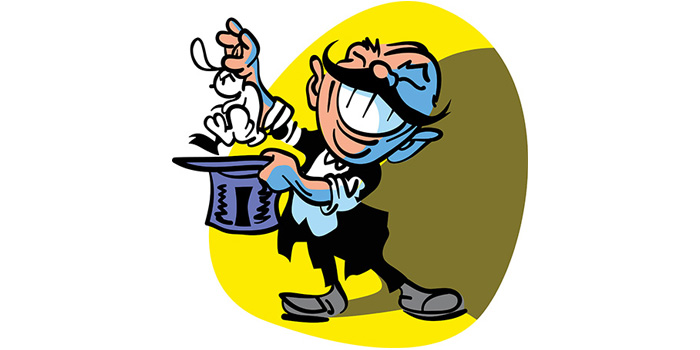 Understanding solvency, blending and spray gun adjustments were all possible by listening or reading, but none were nearly as clear as seeing them demonstrated.

I’m a big fan of the immediate value of seeing something in action rather than just reading or hearing about it. At one of the very first paint company training classes I attended in 1970, the instructor spoke at length about solvents. These were blended petroleum-based liquids of various quality and chemical reaction designed to both dissolve the appropriate paint resins and then evaporate smoothly enough to flow out the finish. Only his presentation was in much more detail about aromatic and aliphatic hydrocarbons and resin continuity and zzzzzz…some other boring middle parts.

His point became perfectly clear to everyone in the class in a single moment when he demonstrated the ability to dissolve paint resin. He poured some of his brand’s synthetic enamel reducer into one glass beaker and some of their best quality lacquer thinner into another. He stirred up a quart of their black acrylic lacquer and dropped a single droplet off the stick into the beaker of low-cost enamel reducer. It fell intact straight to the bottom of the glass cylinder and lay there. He dropped a single drop into the top-shelf thinner, and the moment it hit the liquid surface, it turned all the thinner black. Wow! How well did I now understand solvency? Pretty well, as I’m telling you this story 46 years later.

Over the years, I’ve had the chance to write several articles about the chemistry in refinish paints and solvents for BodyShop Business. Both from a performance standpoint (solvency, evaporation rates) and from a compliance standpoint (volatility content, exemptions), there are significant differences in solvents. I hear shops say all the time, “It’s just reducer, who cares?” Well, the government, the paint company and the consumer all care. Choosing the best solvent, not the cheapest, is a better choice. I know from personal experience that using the slowest solvent you can tolerate makes for a better-looking finish in less time than using the fastest solvent you can get away with. Super speedy dry times often make the cut and buff times much longer than necessary. True in 1970, true today.

For most of my early career, my painter customers expected a butt match – color that looked so close to the surrounding panel that no blending was necessary. I can still recall the many shouting matches with the painters and the shop owners about not getting paid to paint surrounding panels. Their only other solution to blending was to tint the color to match. Color theory is an interesting and very complicated science. Light plays an enormous role in how we see color. Many terms describe the same feature, for example color = cast = hue, which all add to a confusing subject. The instructor at yet another paint manufacturers’ school (most paint companies only had a single national training center back then) first showed me how to blend out a poor match in much less time than the color matching tint-spray-tint-spray method.

He contended that the human eye could only carry a color comparison the width of two fingers. By letting down the poorly matching color with more and more clear resin, you could hide a huge color difference, two fingers at a time. He drew it all out on the blackboard in the same layered way we later trained to repair three-stage pearls. By letting down the color with a changing mix of color and clear, he would hide the poor match. I recall he had a solid color green American Motors (remember them?) sedan of some sort in the booth. He chose and mixed the wrong AMC green color, not even close but both green. All his shaded drawings on the chalkboard and all his color theory explanations were interesting but pretty complicated.

Seeing his color blending plan in action was the key to convince me that chasing a butt match with tiny amounts of multiple tints was a poor use of paint labor time. Hiding the match was much faster, and as that first instructor told us, if Mrs. Smith can’t see the problem, there isn’t one.

We all stood around in the spraybooth as he put the wrong color green on a repaired left quarter. Yup, not the same green, we all agreed. Using his special brew of blending clears and the wrong green color, he stepped down the mix further and further out but still well within the panel. He was done, we watched him do it and you couldn’t see the blend. The car had a removable gas cap in about the center of the repair, which was now the wrong green. He removed the cap and we all walked around to the right side undamaged quarter. Sure enough, it was nowhere near correct and stood out like a beacon. He reinstalled it on the left quarter and it disappeared. I’ve been a huge blending fan ever since.

At my first spray gun training school (getting the idea that I like training?), I learned one of the simplest, most useful spray gun adjustment tricks ever. When I had my best painters’ customers show me how they did it, I learned to test the gun pattern by spraying it against the wall or a windshield box. The weapons of choice in those days were DeVilbiss MBCs or JGAs, Sharpe 75s and Binks #7s – all siphon feed with the gun on top, cup on the bottom. My customers taught me to shoot a pattern in a vertical oval shape to make sure the long oval was uniform from top to bottom. Misshapen patterns indicated a gun problem that needed to be fixed before painting the customer’s vehicle.

At the spray gun manufacturer’s training session, the instructor did the same thing – after a nice explanation of the various gun components and adjustments. Most of my classmates also blasted their test patterns in a vertical orientation on the school’s paper pads set on easels. The air horns (ears) on all our air caps were on the east and west sides of the fluid tip. The instructor turned the air cap on his spray gun so the air horns were on the north and south (top and bottom) of his fluid tip. Now when he tested the spray pattern, the atomized oval appeared horizontal instead of vertical. His point – the same one I made with every painter I ever helped after that – was that a vertical pattern didn’t tell you much. Gravity being what it is, all the paint ran down and out the bottom of the oval. When the oval was horizontal, you could not only see a misshapen pattern but if the cap was atomizing and distributing the paint evenly across it. Seeing is believing.

Understanding solvency, blending and spray gun adjustments were all possible by listening or reading. None were nearly as clear as seeing them demonstrated. To me, there are two morals to this story: formal training is a great way to learn the tricks, and seeing “it” demonstrated is critical. The next time some salesperson wants you to switch paint brands or spray guns or frame machines, make sure you see their version in action, not just on paper.