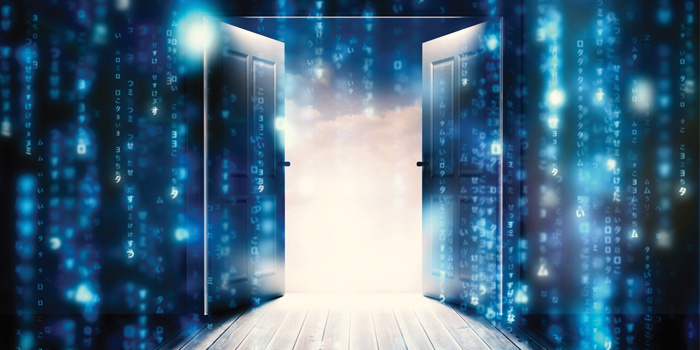 When I entered our industry in 1970, my customers were almost all older than I was and, just like now, were sure that younger people didn’t know squat about body shops. New repair techniques, new refinishing products and basically new anything would never work, according to them. The collision repair processes and products I see used in almost every body shop 45 years later were once upon a time the new thing. These examples of “new” then and common now are because “it” replaced the previous version and was faster, better or made a higher quality repair.

Features, advantages and benefits (FABs) sell products: “This spray gun is lighter (feature) and allows the painter to spray more comfortably (advantage) and thus flag more refinish hours (benefit.)” In any collision repair, then or now, faster is always a great answer to, “What features are you looking for in a new product or process?”

I was there when lightweight body filler was introduced. I rushed out to sell some to my shop customers. But, the gallon can weighed significantly less and was often dry and cracked on top when you opened it. Instead of the comforting, fragrant pool of purple polyester resin that floated to the top of the regular body filler, this looked like the summer desert. So my older bodymen customers were less than interested. Besides, they had been using their current filler since it was invented, and more weight in the can was better because it must fill faster. So no new filler for them.

Conventional body filler is a mix of talc (finely ground, very hard clay) and polyester resin. The resin is kicked off with a catalyst, either benzoyl peroxide in a paste tube or MEK peroxide in liquid form. The heat generated cross-links the resin and freezes hard whatever is mixed with it.

Adding talc to body filler had been a great idea and much faster and safer than filling the dents back to contour with a torch and sticks of bar solder. The talc (yes, you can make body filler out of baby talcum powder and it will smell good, too) is surrounded by the polyester resin and absorbs it until it’s full like a sponge. How do you know talc acts like a sponge? Talc = hard clay = earth = dirt. If dirt were waterproof, your front yard would be flooded every time it rained.

While it filled dents quickly and was comfortably heavy, the techs put up with a major dust storm when they sanded the zillion pieces of talc in half. The solution was to catch the conventional filler part-way to cure and shave off the semi-hard filler before it got rock hard. Cheese-grater blades and metal files on double piston file boards would get the filler down with little dust and was, of course, faster. At some point, the filler had to be sanded into shape and serious dust filled the shop and everyone’s lungs.

Lightweight body fillers substitute most of the talc for tiny plastic microspheres. A spreader full of filler was now lighter because the plastic bubbles were surrounded by the resin but didn’t absorb any. Lighter weight for the same amount of dent filling, much cleaner when sanded; they were new but had some useful FABs. (Cleaner because instead of sawing off each hunk of hard clay, the microspheres would come off mostly intact.) They were new and better. And while still dusty (hard polyester resin by itself is dusty,) they still save labor time and keep the air quality and the whole shop cleaner. Faster and a better repair because the car weighs less, too.

New body fillers are available today that do the job even faster and better. Tack-free, stain-free, waterproof, super smooth, etc. What are you looking for in a body filler? I’ll bet there’s a new one on the market.

Back in the day, lacquer resin was the deal. I wasn’t there when the new thing was acrylic lacquer rather than the regular nitrocellulose lacquer in 1957, but I had painters who were who said, “Why would I pay another 50 cents a pint for some new fangled idea?”

Lacquer primer surfacer has talc in it; that’s what fills the imperfections and is then sanded down smooth. Lacquer spot putty in a tube is the same chemistry but with more talc, less resin and less thinner. Many was the old painter who told a tale of making themselves some lacquer primer by thinning down some spot putty in the gun cup.

Speaking of gun cups, the very first gravity feed spray gun I ever saw was designed to apply a lacquer resin and talc mixture that was slightly thinner than spot putty but lots thicker than lacquer primer. You couldn’t suck it up from the cup on a siphon feed spray gun; you needed the cup on top of the gun so that gravity pulled the thick surfacer down to the fluid tip. And what a fluid tip! I recall the hole in the end being like the barrel of a .45 Colt (well, maybe not quite that big).

Sadly, this whole repair plan bordered on the used car school of body work (stuff a rust hole full of newspaper, cover with body filler), and thankfully extra thick lacquer primer surfacer never caught on at my shops. Piling on heavy coats of lacquer primer until it filled all the chips and dents was faster than removing them but hardly a quality repair. I demoed it to every customer because we all had fun with the cup on top: “I can’t see where I’m painting,” “It’s too heavy, my wrist hurts,” ‘Holy cow, that dumps some serious primer on the car!”

The first of my 1970s Iowa body shop customers to use gravity feed guns were the low-end used car guys. Quality repair wasn’t ever a feature they were looking for, but fast and easy sure was. So what if the ?-inch of lacquer primer cracked in six weeks? That car was long gone from the lot, and the used car manager had sold it “as is” long before the law made them say that on the window sticker!

Because both primer surfacer and body filler have talc in them, water will wick through even the most carefully applied repair. Rust was the No. 1 enemy in the Midwest. No doubt ultraviolet rays lead the enemies list in sunnier climates, but it was rust that made my customers worry.

I think the single most stunning product in my long career was moisture-tight, two-part epoxy primers. Containing no talc and having a two-component cure makes for a moisture-tight coating. If the moisture can’t reach the metal, it can’t rust. Rock on! Every car manufacturer puts some version of moisture tight primer on their vehicles first – not always epoxy chemistry but certainly catalyzed (with electricity or other chemical components). And these primers contain no talc; they’re the perfect base coating to build a durable and attractive paint finish.

When they were new, none of my painters wanted to fool with them: “Why do I want a primer that doesn’t fill anything?” and “I’m already priming the car, I don’t have time for another primer first.” While not necessarily faster than just dumping primers with talc on the bare metal, they make for a true quality repair. And they ended the biggest problem every body shop in a wet, salty market faced: rust. Buy the next paint company chemist you meet a beer. They’ve earned it.

No doubt you’re sure that young folks don’t know nuthin’ about collision repair. Just remember that the latest new thing they’re showing you might save you time, be healthier and offer a better repair. Faster.