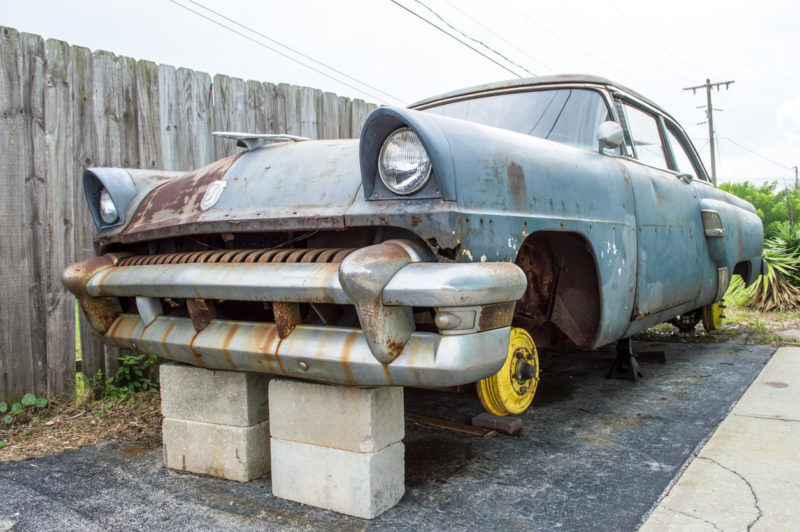 The trade war between the United States and Europe may lead to severe repercussions for car enthusiasts worldwide. While the trade war is aimed at new car manufacturers, it’s one classic car and even used car buyers worldwide can fall victim to.

The trade war between the United States and Europe may lead to severe repercussions for car enthusiasts worldwide. While the trade war is aimed at new car manufacturers, it’s one classic car and even used car buyers worldwide can fall victim to.

Classic cars are traded on a global scale by dealers, auctions and private collectors. Low import duties on classics, along with record-low ocean shipping rates, allow automotive enthusiasts to purchase cars from overseas with ease.

The U.S. is one of the largest sources of cars popular with classic car enthusiasts. According to data provided by Piers, there are more than 35,000 classic cars exported from the U.S. each year in containers. Everything from American classics such as the Mustang and the Camaro, to European sports cars like the Porsche 911 are exported from the U.S. Just in the U.S., auctions sold $1.31 billion worth of classics in 2017.

Open trade benefits classic car owners on each side by making it easy to purchase and sell, increasing the value and preserving the very special examples. The recently proposed import duty of 25 percent will be met with a reciprocal 25 percent in Europe, essentially removing foreign buyers from U.S. and European markets. The end result will be that collectors on both side of the Atlantic will see less demand for their cars.

By definition, classic cars were manufactured decades ago, and there are no manufacturers on either side who want to limit their imports. If anything, manufacturers want the surviving cars to find a collector’s home so that they can be preserved for the future.

There is even a larger problem for modern used cars. According to Piers, used U.S. car exports in 2017 outnumbered imports 4 to 1. This is one of the markets where the U.S. has a huge trade advantage, and there are many reasons for it. Americans tend to lease their cars and Europeans tend to own their cars. When leases are up, overseas buyers, including Europe, purchase many of the used cars, driving up demand, increasing residual values and essentially subsidizing the U.S. auto lease market.

Therefore, including used cars in this trade war also will reverse the positive export advantage, and has a potential to spike U.S. car lease rates.

However, there may be another approach. German automakers have announced a proposal to abolish import duties on vehicle imports between the EU and the U.S. This would be a win-win for both sides. American cars will become more affordable in Europe, used post-lease cars will help to keep lease rates lower, and classic car enthusiasts will exchange their dream cars as if they were attending the same car show without an ocean in between.

Advertisement
In this article:restoration, Tariffs

Vehicle Pre-inspection and Scan: A Necessary Practice
Connect with us