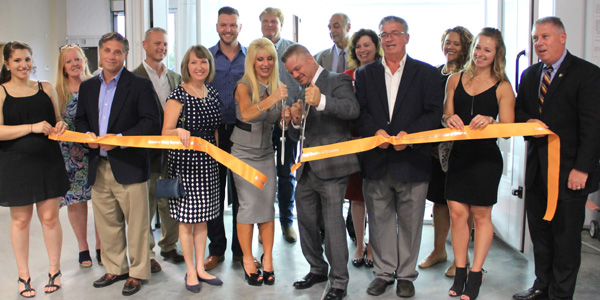 Construction of the facility began in late 2016 following the approval of the land deal by the Rensselaer County Industrial Development Agency. The building, designed by m.besse architect, includes state-of-the-art auto repair and paint equipment, including a USI Italia spraybooth. Parking areas on both sides of the building can accommodate up to 36 vehicles.

Operations at the location will be in line with Cole’s longstanding commitment to environmental protection through the use of water-based paints and air-filtration systems, the MSO said.

“Opening this location is the result of several years of work, not just on our part but on the part of the many partners and representatives from the Town of North Greenbush and Rensselaer County Industrial Development Agency with whom we’ve worked,” said John Cole, owner of Cole’s Collision Centers. “I’d like to thank them for their support in making this happen and I look forward to continuing our promise of quality repair work and customer service in North Greenbush.”

“It’s great to see small businesses grow and evolve in the community,” said John McDonald III, assemblymember, 108th District. “Cole’s Collision Centers is as unique as its new location, especially with the company’s involvement with Tesla.”

Cole’s plans to hire more than 15 new employees to staff the new location, from mechanical technicians and journeymen to clerical staff and customer service representatives. The company employs around 100 people between its five locations. Cole’s Collision operates four other collision centers throughout Albany and Saratoga counties.

“Cole’s Collision has had success at every location they’ve opened across the Capital Region and we’re excited that a new, modern building will greatly improve the aesthetics of the main corridor of our town and turn vacant, blighted land into a viable option,” said Lou Desso, supervisor, Town of North Greenbush. “Cole’s has a long reputation for superior customer service and community involvement so we’re thrilled to welcome them to North Greenbush.”

During the grand-opening celebration, Cole’s presented a donation of $2,500 to the Boys & Girls Clubs of Southern Rensselaer County. Earlier this year, in celebration of its 10-year anniversary, Cole’s funded the wish of a local teenager through the Make-A-Wish Foundation. It was the third wish Cole’s has funded to date.