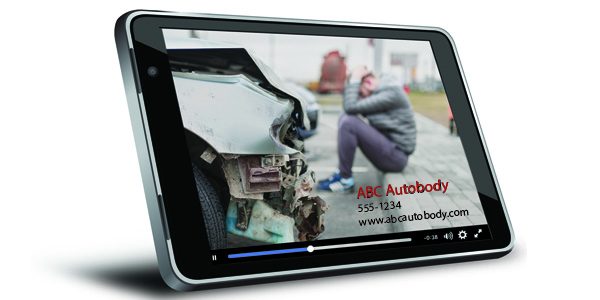 Body shops must have great videos on Facebook and YouTube today as part of their marketing plans.

Chuck Jessen is owner of Jessen Productions, a commercial and video production company based in San Rafael, Calif., where he acts as writer, director and producer. For the past 20 years, under his PreFab Ads label, Jessen has licensed his award-winning commercials to over 400 collision repair shops in the U.S., Canada and Europe. He is also a veteran of such world-renowned advertising agencies as DDB, BBDO and Young & Rubicam. He can be reached at [email protected]

You’ll hear it said in marketing circles these days that people don’t read anymore – they watch videos. And more often than not, they watch those videos on their mobile devices.

Practically anything consumers want to know about or learn, they can find a video on to help them do that. So watch they do.

As a result, Google and Facebook have now become the two largest media companies in the U.S. The majority of the U.S. population now spends a good amount of their time every night on Facebook or YouTube (owned by Google). Statistics all over the Internet prove this. Don’t believe me? Just Google it and watch the video.

Because Facebook, YouTube and similar sites are where the eyeballs are on an ever-increasing basis, it’s also where savvy body shop owners must be with great videos and the ad budget to promote them.

Perhaps the most exciting development in body shop marketing in the past couple years is that not only can you advertise on these sites, you can now target by location, demographics, interests and other criteria. You can also now measure the results.

But not all videos are created equal. Different types serve different functions.

For simplicity’s sake, let’s break them out into four categories:

Each has its role in the customer acquisition process.

This is the 60-second elevator pitch of what your body shop is about. It’s your calling card on video, your story. Take the audience inside your shop and tell them why they should trust your shop to repair their car. Keep it short and to the point. Then, post it wherever you can: your website, YouTube, your Facebook page, Vimeo, Instagram, etc. Those who take the time to watch this video are most likely going to be hot prospects who are vetting body shops…or your third-grade teacher wondering what became of you.

This is a branded video that imparts useful information. Topics might include what wax does for paint and which ones are best; how dings and dents affect a car’s resale; what a “salvage title” really means; and telltale signs of a sloppy collision repair. The list is endless. Posting videos like these on YouTube using the “content marketing” playbook will draw views organically and help you build customer relationships. It would be a good idea to bracket these videos with branding bumpers (read on for details).

This should be a humorous, entertaining or inspiring commercial/video, 15 to 60 seconds long, with your logo and web address appearing periodically. The person who views this video may not be actively looking for collision repair, but the entertaining hook of these spots will draw them in and make an impression nevertheless. These videos will have a much greater chance of being viewed, liked, shared and going viral than introduction or informational videos. Their purpose is to draw prospects into the “awareness funnel” and plant seeds for the future. 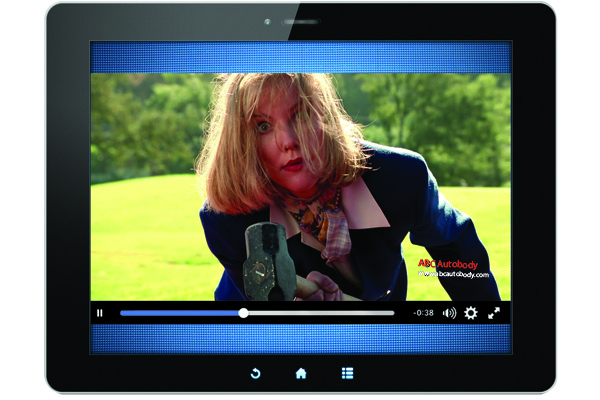 Branded entertainment videos that are humorous have a much better chance of being viewed, liked and shared.

Bumpers are the branded bookends under six seconds in length that can go at the beginning and end of another video. These bumpers could be used on your own introduction and informational videos as described above, or they may be dropped in as bookends on other non-related YouTube videos as paid advertising. Viewers can’t skip them, so therefore they’re more likely to register measurable brand impressions.

Producing or acquiring videos doesn’t have to be expensive. After all, nearly every smartphone is a video camera. But we’re talking about your shop’s image, after all, so perhaps it’s best to leave it to the professionals and stick to what you do best. You can contract with a local videographer or video production company for a video package, but, for obvious reasons, make sure they have production insurance and a workers’ comp plan before you let them work on your property. Accidents sometimes happen, and you don’t want to be held liable if they do. 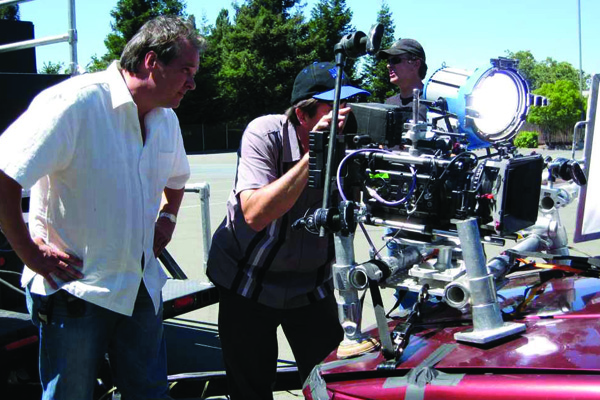 You can shoot a video with your smartphone, but it’s often best to leave it to the professionals and do what you do best.

One inexpensive way to get a quick start with branded entertainment is to license customizable, pre-existing TV commercials or video clips on sites like www.prefabads.com or other stock video sources. In this case, you’re getting usage of a finished, professional video for just a fraction of what the production costs would be. But be careful not to inadvertently pirate videos or songs for your commercial use, as the maximum penalty for U.S. copyright infringement is $160,000.

Just make sure your videos are interesting and compelling. Your Facebook video ads, for instance, need to jump out and grab the viewer’s attention with something interesting or informative as they’re scrolling by on their way to find the next cat video, political rant or family baby pictures.

Once finished, gather free views by posting your video(s) on your website, YouTube and Facebook. But also give them a boost with paid advertising on these sites, which allows you to target viewers geographically by demographics, interests and more. You set the ad spend level that you’re comfortable with – such as $10, $20 or $30 a day – and it shuts off when it reaches that set level. One great advantage is that you get to see the results as you go so you can modify the ads for greater effectiveness.

There are other video-player platforms as well such as Vimeo, and there’s no harm in posting your videos there too. But YouTube deserves additional consideration because it’s owned by Google and therefore the Google search engine algorithms tend to favor YouTube and give its content higher preference. In addition, by having your videos on YouTube, you can connect them to your Google Adwords advertising effort – something you can’t do if they’re hosted on a competing video player.

Unlike other online advertising venues, Facebook’s ad auction doesn’t go to the highest monetary bid but the one that provides the most value to the advertiser and the viewer by providing a positive, relevant subject matter and experience. You’ll need to change up the videos often, because neither Facebook or YouTube will keep serving up the same video to the same audience. 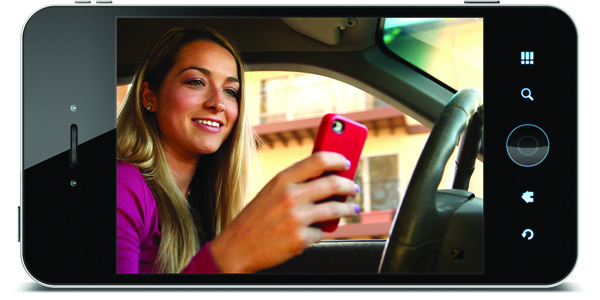 Videos about the dangers of texting and driving can have a big and lasting impact.

No longer are we just talking small screens, either. Facebook will soon be rolling out a video app for TV that will allow users to experience videos on their large TV screens. This app will roll out for Apple TV, Amazon Fire TV and Samsung Smart TV initially, with more platforms to come.

The “how to” for video marketing can be found on the websites of the companies we’ve discussed. This makes it easy for employees you designate to handle your marketing get up-to-speed on the implementation details. You can also hire an outside video marketing consultant to manage it for you.

And let’s not forget the opportunity traditional media presents. Because of the increased competition of digital media, local TV channels, cable TV zones and movie theater chains might slash rates to earn your business. It’s still a great way to make thousands of impressions in a very short amount of time. Eyeballs are eyeballs, after all. There’s probably a video online about that too.

Advertisement
In this article:digital marketing, marketing