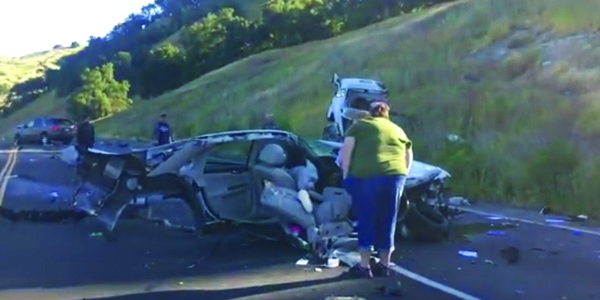 On the morning of Saturday, May 13, Lansang was heading southbound on Highway 101 en route to a Bible study when Kevin Fenty veered into her lane and struck her Chevrolet Impala, head-on, at 80 mph.

Apol Lansang of Sonoma, Calif., believes that God saved her life when she was involved in a horrible collision with a drug-impaired driver on May 13. Now she’s counting on the kindness of strangers to help her deal with the aftermath.

Lansang recently started a GoFundMe page to defray the cost of her medical treatment, which totaled $150,000 at the time she created the page in June. The bill for the helicopter ride to the emergency room alone was $53,000, according to Lanz.

Lansang, a licensed vocational nurse, says she is the “breadwinner” for her family. But now she has no car, and is searching for “kind-hearted people” to help her get through this “traumatic life-changing event.”

“There is no recovery for me because the driver of vehicle had no insurance and the owner of the vehicle has very minimal insurance coverage,” Lansang says on her GoFundMe page. “I took my insurance out at age 25 and was unable to purchase uninsured/underinsured insurance online, even though I wanted it and tried. There is no safety net for me or for my family.” 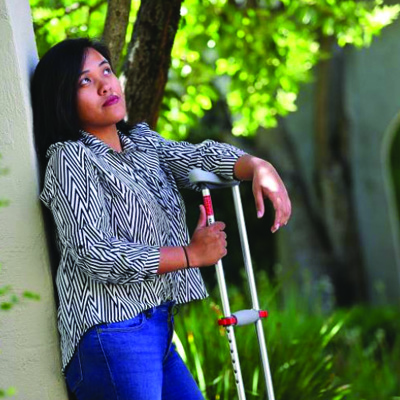 On the morning of Saturday, May 13, Lansang was heading southbound on Highway 101 en route to a Bible study when Kevin Fenty veered into her lane and struck her Chevrolet Impala, head-on, at 80 mph.

“Witnesses said he had been driving like a wild man, someone reported him to the police minutes before and we later found out he had drug charges in another state, drugs in the car, was intoxicated and had no valid driver’s license (or insurance),” Lansang explains on her GoFundMe page. “My car split in two, was torn apart and left in shreds.”

Lansang’s body absorbed the impact of the collision, and she says she has suffered back, shoulder and wrist injuries, hip and ankle pain and “psychological scars and fears.”

“Some of the medical providers are already being aggressive about reimbursement of their bill,” she says. “Further, while the Chevy Impala saved my life (with some help from above), I no longer have a car, there is no insurance to provide me with one, and since I commute over an hour each way to work to help provide for my family, I am in need of a safe car and have no funds.”

The Philippines-born Lansang, who immigrated with her family to the United States in 2003, credits her faith for saving her life, noting that the only part of the car left in tact was the driver’s side, “as if I was wrapped in a loving hand and shielded.” However, a California Highway Patrol officer told the Press Democrat newspaper that her seat belt “truly saved her life.”