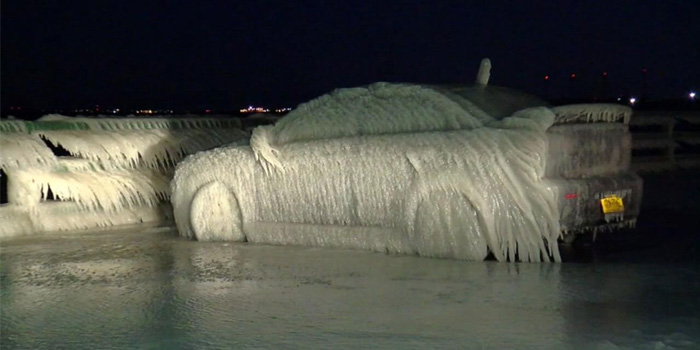 WIVB in Buffalo, N.Y., reported that one of western New York’s viral sensations is finally departing from public view.

A crew of four people and a slew of equipment freed the car that was trapped in a frozen tomb of water next to Lake Erie. It has since been brought to a body shop for repair.

The crew used nearly 350 pounds of calcium chloride for roughly 20 minutes just to free the car enough to get it to a nearby body shop.

The owner of the car initially left it in a parking lot the night before, not expecting it to freeze over.