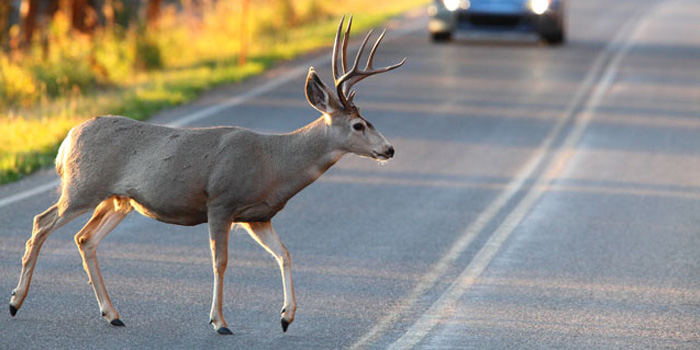 The data highlights the impact of animal migration patterns, especially among larger animals like deer and elk.

New data from the Farmers Insurance Seasonal Smarts Digest shows that more than one-third (36 percent) of all auto claims that result from animal collisions occur on American highways between September and November.

The data highlights the impact of animal migration patterns, especially among larger animals like deer and elk. Animal collisions increase by 67 percent during the fall as compared to the three months prior (June through August). Farmers Insurance data shows that animal collisions are on the rise – fall claims increased 2 percent in 2015 compared to 2014.

“The biggest potential hazard drivers should be on the lookout for in fall doesn’t have four wheels, it has four legs,” said Paul Quinn, head of claims customer experience for Farmers Insurance. “While drivers should always be aware of other cars and pedestrians while they’re on the road, the onset of fall means drivers need to be on high alert for animals on and around the road, especially larger animals like deer and elk that can total a vehicle if struck at a high speed.”

Fall is also the home to one of America’s favorite holidays – Halloween – that brings out trick-or-treaters across the nation. Even though only one-quarter (24 percent) of all claims related to a driver hitting an object or pedestrian are filed in fall, Halloween jumps out as a day with elevated risk of an accident.

Farmers data shows that collisions on Halloween increase by approximately 15 percent over the same day of the week just one week prior to the holiday.

The season’s “first frost,” which contributes to one-third (33 percent) of all multiple vehicle chain collisions, is up 46 percent over the warmer summer months. These accidents have been on the rise, too, increasing 9 percent in 2015 over the same time period in 2014.