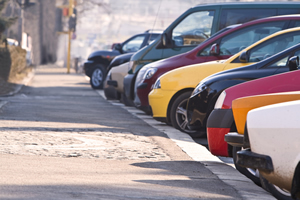 Kaggle, an online platform that brings together thousands of minds to create a predictive model on a given industry, has revealed data on which cars are most likely to have defects. Kaggle says it has also revealed one of the best ways to avoid a "lemon" – pick an orange car, for these are less likely to have been badly treated and more likely to have been treasured by their owners.

Examining enough data to fill the trunks of a dozen SUVs, Kaggle says it worked with more than 800 Ph.D.-level graduates and others to come up with the best model for determining which vehicles carry the highest risk of defect in the "Don’t Get Kicked" contest sponsored by auto trade advice business Carvana. "Kicks" can include altered odometers, underlying mechanical problems and tampered paperwork.

The winners were Marcin Pionnier of Sollers Consulting and Xavier Conort of Gear Analytics, who number-crunched the data with some surprising results.

Allowing for factors such as the age of the vehicle and the sheer volume of examples, they found GMC-made autos were the most reliable choices, followed by Honda, Toyota, Isuzu and Chevrolet. Convertibles and coupes were the most risky and, colorwise, red and purple should be avoided. In contrast, orange-colored cars may be more rare but tend to be more reliable and with fewer faults.

Other factors that should flash a warning light, according to Kaggle, include accessories and add-ons that the owner probably thought were an improvement but may prove to be the opposite, such as alloy wheels, an ear-piercing sound system, sports seats and up-rated suspension.