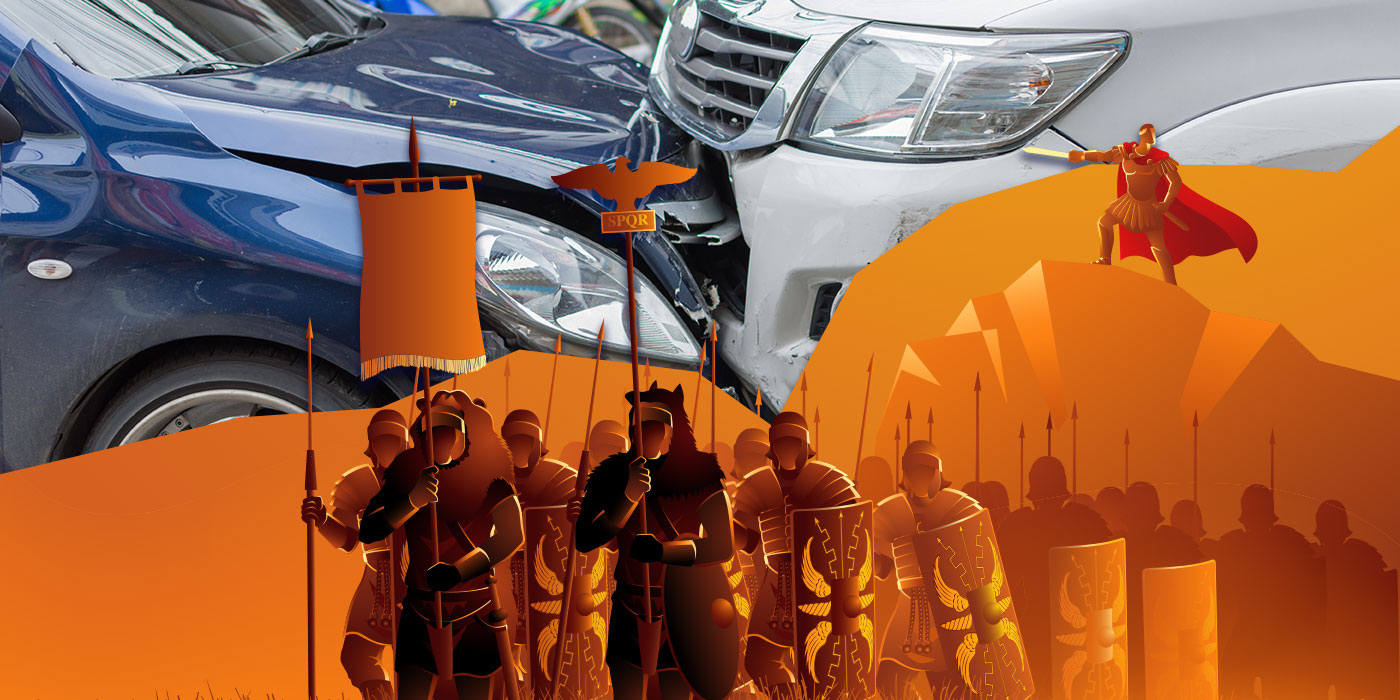 For literally thousands of years, the military treatise, “The Art of War,” written by the ancient Chinese military strategist Sun Tzu, has been the instruction manual all tacticians have embraced. Within it, the concept known as “divide and conquer” is well recognized.

This strategy is designed to weaken the enemy’s offense to a point where it becomes the enemy’s defense. Relentless onslaughts will weaken the enemy’s resolve, and it then becomes a struggle to survive against an overwhelming enemy. Within the book, it states in part, “Therefore, the clever combatant imposes his will on the enemy, but does not allow the enemy’s will to be imposed on him.”

You may be asking yourself what this topic has to do with the collision industry. To be candid, many, if not most, quality repairers across the country see the vast divide between insurers’ and repairers’ interests as the single biggest issue impacting the repairer’s ability to properly serve their customer.

Insurers’ and repairers’ goals are diametrically opposed to one another. Insurers will attempt to impose their will onto the repairer, even though the insurer is not party to the contract of repair between the repairer and their customer.

Most repairers see the vast divide between insurers’ and repairers’ interests as the single biggest issue impacting their ability to properly serve the customer.

The quality-oriented collision repairer seeks to be properly compensated for the services provided to their customer while avoiding potential liabilities – and doing so in a manner that enables them sufficient profitability for sustainability and future growth. Meanwhile, the aggressive insurer seeks to contain and mitigate claim-related costs while avoiding potential liabilities.

Let’s revisit the parties involved in a typical collision repair transaction and their relationship to one another.

The repairer. The repairer is any person who, for compensation, engages or attempts to engage in the repair of motor vehicles owned by other persons.

The insurer. The insurer is a third party who, in exchange for compensation, may owe a vehicle owner for damages sustained in a covered loss. This could be as the first-party insured policyholder as owed under a policy contract, or damages sustained by the third-party (victim) as owed under the liability portion of an insurance policy between the insurer and the policyholder (insured).

To clarify, who owes whom?

Consumer and repairer. In a standard relationship, the customer engages the collision repairer in a contractual agreement to perform agreed upon repairs to the subject prescribed vehicle. In exchange, the consumer promises to provide full payment to the repairer for the completion of the agreed upon services.

Policyholder and insurer. In exchange for the policyholder or insured’s timely payment of the agreed upon policy premiums, and when collision coverage is applied, the insurer owes the policyholder (the first-party claimant) to:

Generally, insurers will not exercise option No. 3 in vehicle repairs due to the potential liabilities they may incur.

In situations where a policyholder negligently causes damages to another, where property damage coverage has been purchased, the at-fault party’s insurer provides payment on behalf of their policyholder for the damages they have caused, up to the dollar amount of property damage liability (PD) coverage the policyholder purchased in their policy contract. This is referred to as a third-party claim. As one can see, in either case, there is no contractual relationship between the insurer and the repairer.

The only agreement between an insurer and repairer is one between a shop participating in a direct repair program and the insurer. This relationship is not a contract; it’s a voluntary, unilateral or one-sided agreement where all the conditions – which the repairer must agree to in order to participate – are set by the insurer. The specific requirements and mandates set forth by the insurer can change at the whim of the insurer, and when changes do occur, the participating repairer either agrees to abide by the changes or is removed from the program. Oftentimes, a repairer may be removed without cause, again at the whim of the insurer.

In this article, I will be addressing a non-DRP situation where no insurer/repairer agreement exists and the repairer is independent.

It’s important for repairers and consumers to understand that there is no set rule, law or mandate that I am aware of that says a repairer must entertain the insurer’s intrusion.

You may wish to read that again.

While it’s common for repairers to allow, expect and even invite insurers to involve themselves in their customers’ repairs, they are not obligated to do so. They have a repair contract with their customer, and their customer – not the insurer – is ultimately and solely responsible to provide payment for the repairer’s services.

It’s common for consumers (both first- and third-party claimants) to want the insurer to involve themselves in order to obtain the monies required to be indemnified or be made whole.

There is no set rule, law or mandate that says a repairer must entertain the insurer’s intrusion.

What if the victim learns the at-fault party has no insurance? They then have the right to seek recovery of their damages from the at-fault party directly. In this case, how would you handle the relationship with your customer? It should be no different than how you handle a repair where insurance is available, right? You would prepare a proper and thorough assessment of their damages, inform your customer, and seek their approval and authorization to proceed with their repair.

Now let’s imagine the at-fault party is a young man who has no insurance. His father comes in to discuss the repair on his behalf and wants to know what is being done and the cost involved as he’s paying out of pocket for the damages caused to your customer. He asks you what can you do to save on repair costs: aftermarket or salvaged parts, discounts available for your labor and material cost, shortcuts you can take to keep the costs down. Of course, you’re there to serve your true customer, the vehicle owner, whose vehicle was damaged due to the young man’s mistake, and you owe it to your customer to do a proper and thorough repair. As you can see, this is where the interference of a third party comes in.

Once again, there is no difference; the at-fault party owes for the damages they caused regardless if they’re insured or not. So how is this scenario any different than when somebody does have insurance coverage and, instead of a concerned father coming in, it’s an insurance appraiser with the same intent of reducing the repair costs? Ask yourself why you would handle the matter any differently. Your obligation and duty to your customer remain unchanged.

The bottom line is that you must understand who your true customer is. And, regardless of whether they use their insurance or another person’s insurance or pay out of pocket, you must serve their needs by providing proper and thorough repairs that will protect their personal safety and economic well-being. Do not allow others to come between you and your customer with the intent to divide and conquer.

There are repairers across the country who practice this level of service consistently, and while some insurers may not appreciate this approach, the repairer’s customers and community members do. As a result, these shops have a huge following of happy customers who continually give them referrals.

If you have not conducted business in this manner in the past, you should consider it as it is profitable and enjoyable and offers the feeling of pride and satisfaction – the kind of feelings that attracted you to the collision repair industry in the first place.

Divide and Conquer: The Insurer's Way