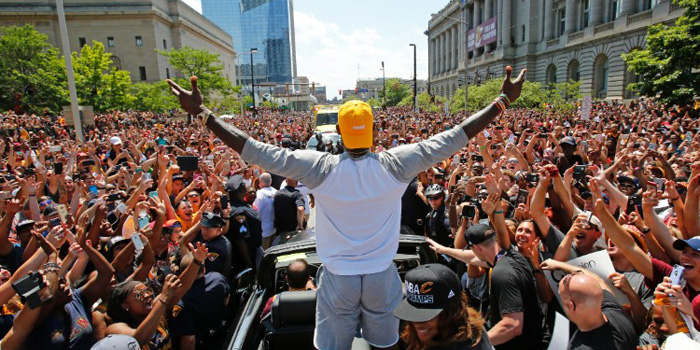 The Cleveland Cavaliers’ improbable victory over the Warriors in the NBA Finals will keep us from ever saying again, “What are the odds?”

They said it couldn’t be done. Not when you’re down 3-1. No team in NBA history had ever won the championship after being down 3-1 in the Finals. Plus, you were playing the Warriors, who had the best regular season record in NBA history. And Game 5 was going to be played at Oracle Arena, the Warriors’ home court where they were practically unbeatable.

Yet the Cleveland Cavaliers achieved the impossible, beating the Warriors three straight times, twice on their home court, to bring home the city’s first championship in 52 years.

The win forced me to reassess my life, the dreams I considered as statistically improbable as that Cavs victory that I abandoned long ago: writing a bestseller. Winning a golf tournament. Maybe these things are possible after all, I told myself after the game.

And it was an athlete, of all people, somebody I have nothing in common with, who taught me that lesson: LeBron James.

James is black. I’m white. He’s tall. I’m short. He’s athletically gifted. I played in the band. He showed me that pure will, heart and determination mixed with blood, sweat and tears could make the impossible possible and make statistical probability and history irrelevant.

Do you have a dream for your business that seems impossible? Going from one shop to 10? Having the best cycle time in the nation? Becoming the best luxury car repairer in the country? I think a sports team just kept us from ever saying again, “What are the odds?”

Frank Bird: New Publisher of BodyShop Business
Connect with us