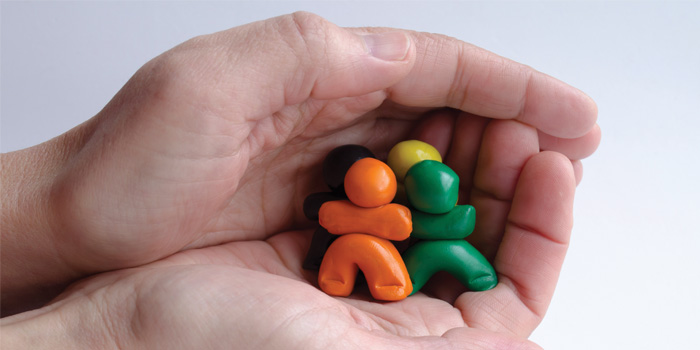 Developing your employees is just as important as fixing wrecks if you want to grow and thrive as a company.

Harvey Firestone was quoted as saying, “The growth and development of people is the highest calling of leadership.” Whether we want to admit it or not, we all have the ability and duty to develop the people around us no matter what the title on our business card says. Furthermore, you may think you’re in the automobile repair business, but, just like many other businesses, you’re really in the people business, no matter what the sign on the wall says.

Why should you bother? Why should you put the time, effort, heartache and heartbreak into developing your people? Quite frankly, if you intend on having a successful business, you have to. You have no choice. You may survive, but there is no way you’ll thrive and grow in the collision industry in 2015 without highly skilled and motivated people.

This is not something that’s going to happen on its own. As I’ve written before, this business isn’t getting any easier. I also don’t think you can rely on cloning yourself and utilizing copies of yourself in every department possible. You’ve heard it said that if you want it done right, then you need to do it yourself. If that statement is true in your business, you’re in trouble.

The problem with the “I can do it all on my own” model is that you’re only one person. You can’t be everywhere at once. You only have so many fingers and toes to plug the holes with, and while you’re fixing one problem, another one or several are popping up somewhere else. This model leads to frustration and burnout. It’s just not possible for one person to do it alone, no matter what business you’re in.

While doing it all yourself is not an option, neither is doing nothing and hoping everything will just work out on its own. That’s not going to work out either. “Hope” is not a strategy, and things will naturally move toward decay if left on their own.

You can try to hire perfect people and give that a go, but that just isn’t practical. First of all, people aren’t perfect, and if they appear perfect in certain areas, then they’re sure to be lacking in others. Take sports, for example. All-star and “dream teams” just don’t work, even if you could put them together. True teams need all kinds of players on them who bring different strengths and weaknesses to the table. The key is to work off each person’s strengths and coach, train and help to develop them on their weaknesses.

Who’s Going to Do It?

Before you can decide how to help develop your people, you need to know who’s going to help do it. If you’re an owner, regional manager, general manager or department manager, people are going to naturally look to you to fill that role. The question is, are you ready to take on that responsibility? “Ready” as in “willing” and also “able.” What good would it be to study under someone who really has no idea what they’re talking about? It’s certainly not going to get your organization where it needs to go. If you’re going to help develop people, you need to be comfortable in your own skin and have the knowledge and confidence to stand alone in the spotlight. It’s not easy being that person, and not everyone is capable of standing up in front of everyone and putting themselves in such a vulnerable position.

As a professional, I’ve always tried to drive myself harder than I drive everyone else. I spent a lot of time, including a lot of personal time, molding myself into someone who was in a position to help develop other people. So it starts with you.

Do you deserve to have other people listening to you? Have you put the work into yourself and your knowledge base in order to guide people down the right paths? If you’re not sure or your answer is no, then you aren’t yet ready to be in a position to develop others – and quite possibly, you should be seeking out someone to help develop you.

Probably the biggest requirement of a person in this role is the need to care. You not only need to care about the business and the area you’re trying to help with, but most importantly you need to care about the person. I can’t stress this enough. If your heart isn’t into caring about the success or failure of the person, then you shouldn’t get involved in developing people. It’s not easy, but for me to take the time to mentor and develop you, I have to care about you as a person and a professional and want to help you.

You need to find the right candidate as well. For me to consider someone, they would have to show me that they care about the company, the position and themselves. If this person hasn’t mastered the basics of their position, doesn’t care enough to show up on time or take their responsibilities seriously, they’re not the right candidate. If you’ve chosen yourself to develop your staff, remember that you’re only one person and you cannot waste precious time developing the wrong people. It would be like digging for gold in all the wrong places.

Successful development doesn’t always have to follow certain parameters. A body tech once broke his hand and went on light duty. Honestly, he wasn’t the best body tech, and everyone knew that. While he was healing, he was assigned to the front desk. He surprised everyone and not only was a great help in the front office but mastered the tasks of the office manager. An estimator position opened up, and he was soon writing proficient estimates. He worked hard at each task he was given and he excelled, and he was kept in mind for future opportunities. Finally, a smaller shop operation was in need of a manager, and he was the best candidate. In a matter of nine months, he went from a body tech to a rookie manager. He continued to progress, and today is a successful manager.

Not every person has what it takes to be developed, and not everyone wants to be developed. That statement may surprise some, but it’s true. There are some people who operate very well within the confines of a comfortable box they’ve built for themselves. I’ve seen people pushed and developed beyond their comfort zone who were so unhappy that they faltered and decided to leave and go somewhere where they could get back into that box. It’s not easy to be corrected and told that you’re doing something wrong and need to improve. The candidate needs to have a strong backbone and the will and desire to improve themselves.

I once worked with someone who came in as the shop parts manager. He had all of the basics down, was detail-oriented and cared a great deal. He was moved into the office manager’s position and had an accounting background. He continued to excel and quickly had the office running well. He learned estimating as well and soon became a proficient estimator. In time, he was pushed into a management position, and that proved to be too much. He drove himself very hard, but didn’t have the personality to be able to handle the stresses of a manager. He began to unravel and became an unhappy person, and customers and coworkers were put off by his attitude. A few months later, he quit and left the company. A good employee was lost because he was developed too far.

We’ve covered the why and the who, so now let’s look into, most importantly, how.

There’s no one right way to develop your people. I believe that one-on-one development works best, but there are other ways as well. You may opt to look into training classes within or outside the industry. There are a wealth of training and development opportunities out there. There are college-sponsored courses and technical schools. There is product-specific training from equipment manufacturers, paint companies and product manufacturers. Heck, the Disney Institute even holds various classes all over the country.

My favorite development model is a hands-on approach. For me, the shop itself is the ultimate classroom, and nothing speeds development like real-world examples. It’s important to give regular, pointed and honest feedback. Situations should be explained, and attention should be paid to what was done well as well as areas of growth and opportunity where things may have been done differently. Think of it like an NFL team spending time watching and going over film of last week’s game. This isn’t about friendship or being nice, it’s about trying to help and develop someone. And it’s not always fun for the candidate or the teacher. Honest and constructive criticism is a must. Start with the basics to make sure there’s a firm foundation before moving on to more complex tasks. This is why your care and concern is so important, because for the candidate to take on this training, they have to be clear on the fact that it’s coming from someone who truly cares about them and their career.

If you embrace people development, a few things are going to happen. First off, your employees are going to see how much you care about them and that they aren’t in a dead-end job with no future. A strong commitment to your employees is a force multiplier that has the potential to be a huge difference maker within your organization. An employee development program, as it progresses, can expand and accelerate all departments of the shop and can also foster good-natured internal competition, helping the cream to rise to the top.

More than once, I’ve seen good people with potential get let go or waste away because owners or management did not offer or embrace the concept of developing their employees. Have you ever seen a former employee who you may have thought was nothing special go to another business or even a competitor and excel? Someone may have helped to unlock potential that was there all along.

5 Characteristics of a Potential Leader

Advertisement
In this article:employees, hiring, management

Time to Chill: Protecting Your Employees in Winter Weather

Be the Leader You Once Needed