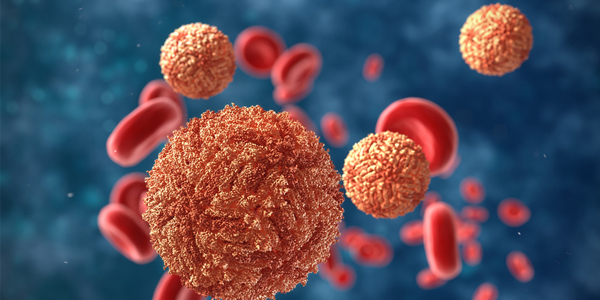 The morale in my shop is terrible. We stay busy but I see complacency, poor attitudes, no dedication and lack of loyalty or even basic desire to see the company succeed, let alone prosper. What can I do?

The morale in my shop is terrible. We stay busy but I see complacency, poor attitudes, no dedication and lack of loyalty or even basic desire to see the company succeed, let alone prosper. What can I do?

What you describe appears to be symptoms of an infectious disease which has been allowed to cultivate within your company.

To use medical terms, having a negative culture in one’s business is a “staff infection” that can lead to significant damage, disablement and even the death of a company if not treated and cured before it’s too late.

Unfortunately, it’s not an uncommon affliction, but one that needs to be recognized and addressed before your “staff infection” becomes “staff defection”! Before we can attempt a cure, though, we need to first determine the cause.

Oftentimes, it may be a simple miscommunication. For example, something was said in a manner that was found offensive or hurtful by another. Or, a comment was taken out of context and misunderstood and left ignored, unresolved and allowed to fester until it infected others. Getting this out in the open can be both cleansing and healing and actually strengthen and make healthier the relationship between the parties involved. This, of course, would be the ideal outcome.

If this condition has existed for some time, the first step is to check the pulse of the company’s culture to see if that’s where the problem lies. The company’s culture is generally established through team members’ perception of the actions and philosophies of the ownership and/or management.

Like any illness, the virus is caught from exposure to others who catch it and pass it on. For owners and managers, an in-depth self-examination may be required. If this doesn’t yield results, you may be surprised to learn what your staff has to share with you…if your company’s culture is one where they feel welcomed to speak out about it.

Failure to communicate with team members creates an environment where they’re left to their own suspicions and understandings which are based on whatever information is presented to them or gathered from others. Or, an observation of what they see…or what they think they see, even if it is mere rumor or gossip. This can cause a serious affliction that may not manifest itself until it’s too late.

“Negative glasses” is what I refer to one who sees everything around them in a negative light. They weren’t born like that, but they somehow acquired it either a long time ago or recently based on what has happened to them or something they may have merely perceived took place. The problem is, regardless if they’re right or wrong to feel that way, they feel that way. And their attitude will often infect others around them – a killer cancer that must be treated quickly and eradicated or surgically removed. However, before we begin removing vital portions of the company’s body, we need to exhaust all efforts to cure the illness and make the body healthy and whole and functioning at an optimum level.

The goal for management is to be vigilant and to investigate and determine if a problem exists well before it gets out of control to where surgery and/or intensive care would become necessary.

As an owner or manager, being diligent and showing concern and care on a personal level can be huge to your team members as it demonstrates that you care about them as individuals and it’s not all about company performance (even though their personal health and welfare has a direct effect on the company and its performance).

Oftentimes, one will sense something is not quite right and that something may be amiss. This could be ongoing animosity among two or more team members/departments, identified only by subtle changes in behavior/attitude, lack of interaction, loss of production, increased complaints and even time off (sick leave).

This is where management should seek and value the opinions of others within the company, and freedom of expression should always be encouraged. An “open-door policy” should exist where team members can feel comfortable sharing their thoughts and concerns with the intention to proactively help resolve any issues before they become a serious problem. This is where a suggestion box may be advantageous for those situations where some may be reluctant to express their concerns openly and prefer to remain anonymous. However, this should be in “addition to” and not take the place of an open-door policy.

If it’s found that a problem does exist, the second step is to determine the cause and full extent of the effect. This includes going directly to the individuals and showing your concern for their best interest by asking them if there is a problem and how you can help resolve it. Some may not be so forthcoming and deny an issue actually exists, but it would behoove you to dig a little deeper to illustrate your caring and concern for their personal feelings and best interest. Be careful, though, as you don’t want to take your concern to a level of intrusion or accusation should they not be forthcoming. Plant the seed that you’re concerned about them and the team as a whole and leave it with: “If an issue does exist, and you decide you’d like to discuss it, I’m always here for you.”

Keep in mind that co-workers generally spend more waking hours with their work family members than they do with their real families and loved ones, so their relationships with their team members are a huge part of their daily lives and life is simply too short to not enjoy your job. Enjoying your job is directly related to job satisfaction, and job satisfaction is higher on most employees’ priority list than level of pay.

While they have changed over time (compensation used to be no. 8 in the 90s), today’s top 10 factors that promote job satisfaction are:

These 10 factors illustrate that owners, managers and supervisors play a significant role in promoting job satisfaction. By developing a supportive relationship with their employees, individual leaders can and do have a direct and profound influence on a majority of the factors that promote job satisfaction.

The first and second categories involve other important elements of one’s job, such as ethics and having pride in what they do, how they do it and for whom they do it. Most people place more importance on these than they do their compensation.

Ride for the Brand

The Old West saying, “Ride for the Brand,” is just as important today as it was back then. Job loyalty has diminished over the past several decades, and the trend seems to be continuing. After World War II ended, the returning soldiers carried loyalty and teamwork back into the private sector, so job loyalty was a huge part of employment and it was not uncommon for people to remain with their employer until retirement. Today, it seems such loyalties are not a given and must be earned on a daily, weekly and monthly basis to retain key employees. Today, these key employees are being head-hunted by competitors and firms they’ve hired to find and secure employees.

To make matters even worse is the state of the collision repair industry. Many are feeling used and abused and less appreciated for their contributions, and that has made job loyalty or “riding for the brand” almost extinct.

By developing trusting and respectful relationships with their team members, owners and managers can promote job satisfaction, contribute to the effectiveness of their organization, and boost the health and well-being of their staff as well as the long-term performance and success of the company.

So what is the cure for “staff infection”? And how does one prevent it and its harmful effects? Such a condition may or may not have a quick-fix.

The best medicine (while it may be a bitter pill to swallow) is to recognize, identify and admit that an illness may exist within your organization. This can be difficult for some to admit, let alone try and find a cure. The next step, with the aid of your team members, is to determine its origin and take the necessary steps to correct it. Only then will it be possible to start the healing process, as well as implement ongoing preventive maintenance to ensure there is no relapse.

Employees: Is There a 'Staff Infection' in Your Auto Body Shop?

Employee Care: Beating the Heat
Connect with us