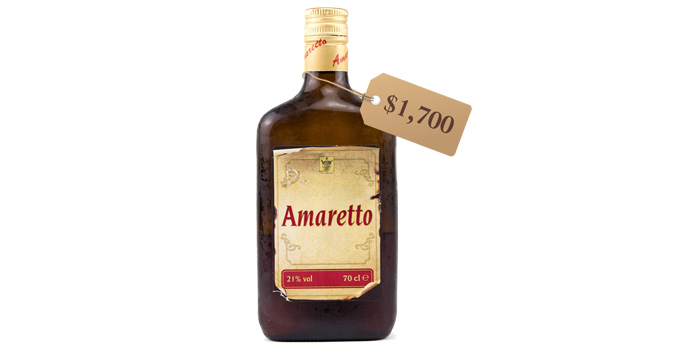 The collision business still attracts a unique blend of personalities…and I’m pleased to continue meeting them after 45 years. 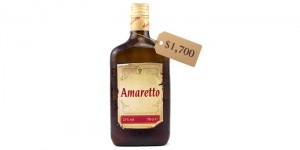 I was reminiscing about the good ol’ days with several other gray beards recently, and we were telling each other lies about when we each helped Noah pick the color of the ark. As my 45th year in our industry begins, I can still recall a few hair-raising incidents that sound funnier now than they did at the time.

The Occupational Safety & Health Act (OSHA) was passed in 1970, but it took awhile before any serious safety concerns made it to the body shops in rural Iowa where many of my customers were located.

Alkyd enamel was the coating of choice for many of these shops, and respiratory protection of any kind was for sissies. We had one customer who ran an Earl Scheib-style shop and would paint anything for about $100. Sanding was extra, of course, as was decent masking. But he had a steady business and was my best customer for mis-mixed paint. He’d buy one quart of the correct color for the customer’s vehicle and spray something the same shade first.

As some of you recall, synthetic enamel was sticky; the overspray clung to everything, including the painter. We would know when this guy entered the store without looking up from our desks because the solvent smell always preceded him. What’s more, he chain smoked. Every time he pulled his lighter, my counter folks would pull back, expecting him to burst into flames. The solvent smell was because (we guessed) that he bathed in enamel reducer to get the overspray off.
You could tell when he had run out of color and had to come to the store midway through his paint job and didn’t have time for the reducer bath. He still smelled the same but was thoroughly covered in whatever color the car was – except for the clean-ish ring around his nose and mouth where his single rubber band dust mask had been. Two good ways to get solvents into your blood stream are through your skin or your lungs. Sadly, he passed away from lung cancer many years ago. Who knew?

Long ago, the extension pipe and feet for portable hydraulics screwed together. When they introduced quick couplers to join the pipes, it was a big deal.

Early on, I had a customer who won the bid to fix a box van that had rolled down a low hill when the dirt shoulder collapsed in a big rainstorm. The box was pushed into a trapezoid shape, and his theory was that he could span the opening with Porto Power pipe and push it back to square. Others might think it unsafe to push multiple lengths of pipe at 10 tons, but wait. He called me and priced the many 18- or 24-inch extensions he would need to go that far. Case hardened, tested pipe was as expensive then as it is today. Rather than spend that kind of money, he went to the local plumber and had him thread a couple of six-foot lengths of gas pipe.

I didn’t see it happen, but I did see the aftermath. He began and ended his span with the plumber’s pipe and screwed the few hardened pipes he had in the middle. He hand-pumped his 10-ton pump through his six-foot hydraulic hose into his 10-inch stroke ram and onto his 15-foot extension, which worked OK until the truck box started to groan. Suddenly, the soft pipes both buckled at the same time with a big POP! and blew the hardened pipe pieces straight though the backlite and out the windshield of the van cab. Fortunately, neither he nor his helpers were hurt. The OSHA safety standards won’t ever be able to save a determined bodyman with a plan for hurting himself. Ten tons is lots of force! Take this story as a lesson and exercise care when you’re pulling or pushing metal tomorrow.

The same guy is the perpetrator of another story that I can always win a drink with due to its unbelievability. I was making my weekly sales call in my 1970s bell-bottom plaid pants and all. He had a rolled-over Dodge (big fins, so ’58 or ’59, I think) and was ready to start work. He climbed into the roomy backseat, turned onto his back and started to kick the headliner up. I had seen some nasty repair techniques in my time, but this was new. Big boots, several shifts of position in the back and front seats, and he had the top knocked back up in 15 minutes. He got out of the car, grabbed a gallon of the filler I was selling them and scooped the whole thing out onto the wrinkly car top.

Did I say he wiped it down with wax and grease remover or sanded with something? No to both. He squeezed out the entire tube of red hardener and mixed them together right on the car’s roof. Using a serrated-edge metal trowel like you would use for flooring adhesive, he squashed it around until the top was mostly level. I didn’t wait to see the completed repair, but that remains a definite low point in quality during my long tenure in our industry.

I had sold an air compressor to a start-up shop in an old gas station on the edge of town. He was behind in his weekly payments, and we agreed he would catch up when he delivered Mrs. Smith’s car on Friday. She would pay him, and then he would pay me.

I was there early, in time to watch the owner and his high school helper bolt on the just received re-chromed bumper – the last piece of Mrs. Smith’s repair. Mrs. Smith arrived and she, the owner and I walked into the little office of the two-bay shop. The owner asked the helper kid to remove the re-chromer’s sticker from the bumper as we closed the shop door. Mrs. Smith is writing a check, the owner is punching the adding machine and we all hear the air grinder fire up. His eyes (and mine) got as big as saucers, and when we opened the door, sure enough, the kid had ground the paper sticker off the shiny bumper. Mrs. Smith didn’t take delivery or pay for her car…and I didn’t get my air compressor money. I can laugh now, but no one was laughing then! While not exactly an OSHA violation, it points out the need for good training and communication in any repair process.

One last money story. I had a perpetually late-pay customer (not just one, by the way!) who always had a sob story about why he couldn’t pay me. I think his mother died a half dozen times, and he clearly had the worst bank clerk in history since they were constantly making mistakes in his checking account. It was December – always a tough time to collect money – and I visited his shop regularly looking for my $1,700. This week, he was waiting at the door for me. Good deal, I thought. But instead of any money, he had a Christmas bottle of Amaretto for me (no doubt re-gifted from someone else.) He wanted me to know he would for sure have the cash next week, but this was to make up for his delay in paying. He shortly disappeared from town, and the booze was the only payment I ever collected.

Months later, we hosted a dinner party at our house, and several guests were big wine fans. They were talking up the fine points of rare and expensive wines, something I knew nothing or cared little about. At the end of a particularly long diatribe about lingering finishes and nutty overtones, I announced that I had a $1,700 bottle of Amaretto. Gasps were heard around the table, and every eye watched me open the liquor cabinet. Then, there were disappointed sighs from everyone when they saw the well-drink brand of the cheap liquor. But for sure, I had 1,700 bucks invested in that bad boy. We unwisely drank the whole thing, too. That was a hangover to remember.

The collision business still attracts a unique blend of personalities. I’m pleased to continue meeting them after 45 years. The workplace is certainly safer these days, and most of the backroom chemists and Rube Goldberg repair folks have hurt themselves badly enough to be long gone. But I bet you still work with someone who’s crazy enough to make you shake your head. Tell me about them next time we’re tossing back a few.