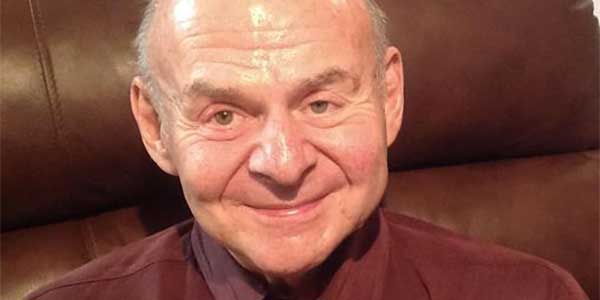 As the collision industry mourned the passing of Jeff Silver, who was instrumental in creating both I-CAR and the Collision Repair Education Foundation (CREF), his family immediately recognized an ideal way to honor his memory and continue his long-lasting legacy in the industry he loved: by creating the “Jeff Silver Memorial Scholarship.”

“Jeff was passionate about helping collision school programs and their students, which is why he had an active role in establishing the Collision Repair Education Foundation back in 1991,” said Jeanne Silver, Jeff’s wife and soulmate of 36 years. “This memorial scholarship will allow his vision to carry on in supporting these students. Thank you in advance for considering helping honor Jeff’s legacy by supporting this scholarship.”

Born in 1942, Jeff passed away on Sept. 23, 2022 shortly after his 80th birthday. A loving father to four children and “Pop Pop” to five grandchildren, he left a lasting impact on many outside his family as well through his dedication to the collision repair community. After graduating with a degree in mechanical engineering in 1966, Jeff began his automotive career at General Motors, helping to develop safety standards before shifting his focus from studying crashes to repairing cars after an accident in 1973.

A respected trailblazer and leader in industry repair standards, Jeff became involved with I-CAR at its founding, and beginning in 1986, he served as executive vice president for 11 years and helped establish I-CAR’s Gold Class program. During his tenure with I-CAR, Jeff’s concern with the lack of workers entering the skilled trades led to the establishing of CREF in 1991 in an effort to attract young people to the collision repair industry and to support the training institutions providing their education.

Following his departure from I-CAR in 1996, Jeff and Jeanne partnered as owners and operators of Butterfield Bodyworks CARSTAR (Mundelein, Ill.) until their retirement in 2021. During their 25 years in business, the couple remained engaged with the industry and its future. Jeanne was elected to CREF’s board of directors in 2013 and served three terms; from 2018-2020, she guided the organization as chair of the board.

“Jeff was my rock, best friend and soulmate,” said Jeanne. “He was beloved by so many people who enjoyed his wit and intelligence.”

Jeff’s dedication to the industry was rewarded in 1993 when he was inducted into the Hall of Eagles, the collision industry’s “Hall of Fame”. Jeanne’s induction in 2015 made them the second husband-and-wife duo to receive the honor. Since 2009, I-CAR has recognized Jeff’s dedication and service by awarding the annual “Jeff Silver Award” to a select I-CAR Platinum designee who actively promotes the Platinum designation and training and works to bolster the collision repair industry’s positive image.

Memorial funds offer a way to honor a loved one’s memory and continue their legacy, often by helping others in a way that the honoree would have especially appreciated. Due to Jeff’s love for the collision industry and his dedication to ensuring that the next generation would enjoy the same opportunities within the field, the Silver family believes the Jeff Silver Memorial Scholarship, designed to help remove financial barriers for students studying collision repair, is the perfect way to continue the legacy he left behind.

Industry members interested in getting involved and supporting CREF’s efforts to assist secondary and post-secondary collision repair training programs can click here to learn about the many ways to get involved. Monetary donations can be made online.