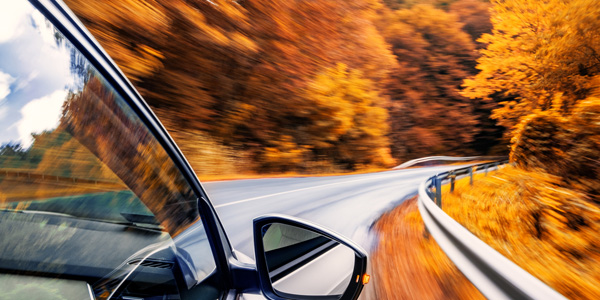 Drivers need to maintain caution on the roads this fall, keeping a watchful eye out for unexpected critters and creatures, Farmers Insurance says in its Seasonal Smarts Digest: Fall Edition.

“While most drivers understand that fall brings cooler temperatures and unpredictable weather, many aren’t aware of how these changes affect their vehicles and daily commutes,” says Paul Quinn, head of claims customer experience with Farmers Insurance. “Animals begin to migrate, kids go back to school and old man winter starts to creep up on us – all things that can increase a driver’s likelihood of being involved in an accident.”

Two-thirds of Americans incorrectly believe swerving or trying to stop short is usually the best way to minimize damage if they encounter a deer in the road, according to a new survey from Farmers Insurance.

However, it may be better in certain situations for a driver to hit an animal directly in his or her path than to swerve at high speeds to avoid a collision. Swerving may increase the likelihood of losing control of the car and hitting barriers, causing a rollover or worse.

To avoid collisions with deer and other animals, consumers should consider the following:

Fall brings on changes in environment and routines – amplifying risks for many seasonal hazards, from animal and vehicle collisions to freezing temperatures, and even an increased threat of vandalism and theft.